Dr. Ketan Mehta states the Do and Don'ts of malaria which should be followed by everyone to keep the infection at bay. 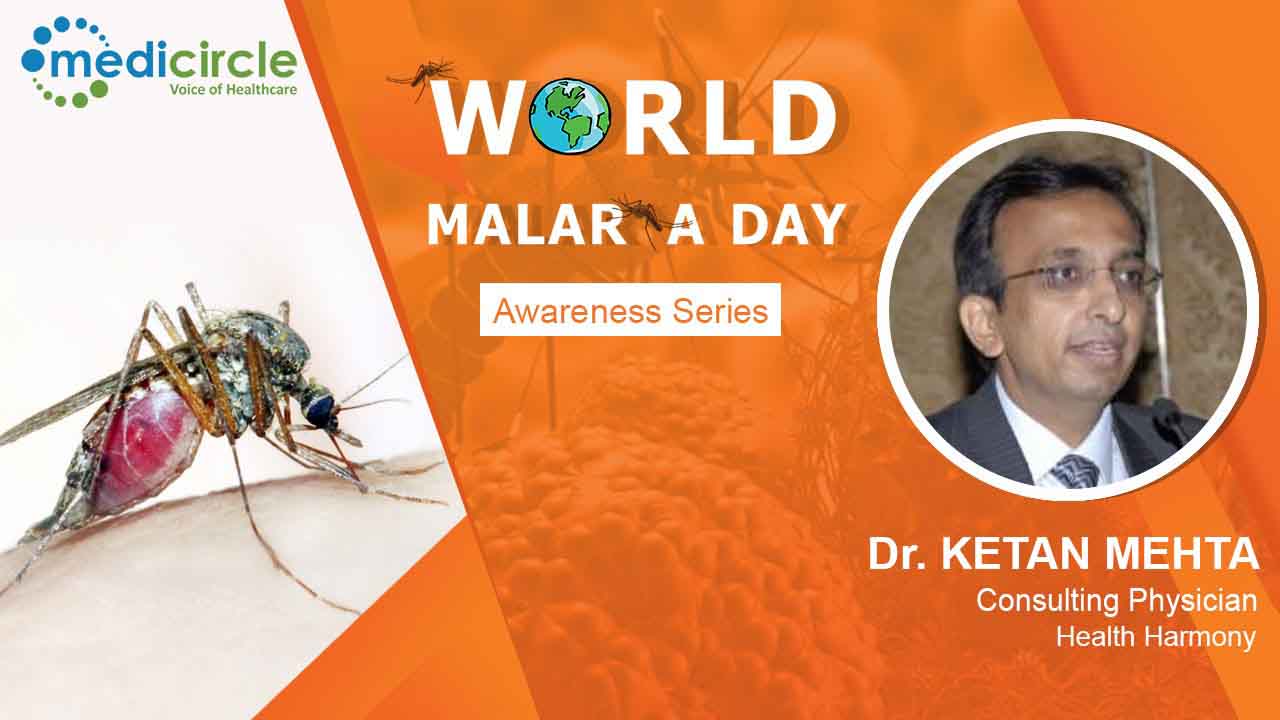 Dr. Ketan Mehta explains the course and relapse of malaria. He shared his valuable insights on how malaria affects the system of the body through the transmission of the mosquito. He also informs that radical and curative therapy is a must for malarial treatment.

World Malaria Day is observed annually on 25 th April to bring global attention to the efforts being made to end malaria and bring about a change to eradicate malaria. The World Health Organization has noted impressive gains by India in its fight against malaria. According to the WHO report, most malaria prevention campaigns were able to move forward this year without any delays despite the COVID19 pandemic. India recorded the largest reduction in malaria cases in Southeast Asia from 2000-2019. India has contributed to the largest drop in cases nationwide from 20 million to 6 million. Despite outstanding achievements by India in cases of Malaria, strict intervention is needed to eradicate malaria from India to zero cases.

At Medicircle, we are conducting an awareness series on malaria with eminent doctors for the World Malaria Awareness to boost awareness and educate people about the prevention of malaria

Dr.Ketan Mehta is an experienced Consultant Physician, Cardio Pulmonologist, and Diabetologist based in Mumbai, who has been practicing for the last two decades. He consults at the Health Harmony Clinic in Mumbai, as well as several reputed hospitals in the western suburbs, such as Suchak Hospital, Asian Heart Institute, Nanavati, and Seven Hills Hospitals. Dr. Mehta is an MD in medicine and is a fellow of several medical associations.

Do and Don'ts of malaria

Dr. Mehta emphasizes, “ There are specific things to keep in mind in case of malaria which is as follows

Health precautions: It is very important to take care of yourself if you are suffering from malaria especially when symptoms are suggestive of malaria. The main symptom of fever with chills and shivering. This is a strong suspicion of malaria. You should consult your doctor or nearby Primary Health Care center: Do not just take paracetamol for routine fever and ignore it.

Poor appetite: Patients suffering from malaria will have a loss of appetite. In such cases, try to consume liquid. Any patient having malaria should consume at least 50 ml per kg body weight within 24 hours.

Hydration: Hydration is a very crucial factor in patients with malaria. A lot of plain water, coconut water should be consumed daily.

Easy to digest foods: Avoid consuming foods that are difficult to digest as malaria has a great impact on the liver. Avoid rich foods like cheese, oily food, etc.

Check other parameters.: If you are suffering from malaria and other comorbidities like hypertension and diabetes, it is important to monitor the parameters. The sugar levels generally become low in malaria patients. The medications need to be stopped or tapered accordingly as per the doctor’s advice.

Dr.Mehta states, “The recovery of malaria illness is 3-5 days and you should remember that malarial parasites remain in the liver for a long time. You should make sure that you go for radical and curative therapy of malaria. People who don't take radical therapy for malaria have higher chances of relapse. It is not because of the second bite of a mosquito, but instead because of the previous infestation with the parasite which is not cleared at all in the first case. If you are residing in an area that is ample of mosquitoes are more vulnerable to malaria. You need to be careful of your surroundings as well.”