Antarctica is still free of Covid-19. Can it stay that way? 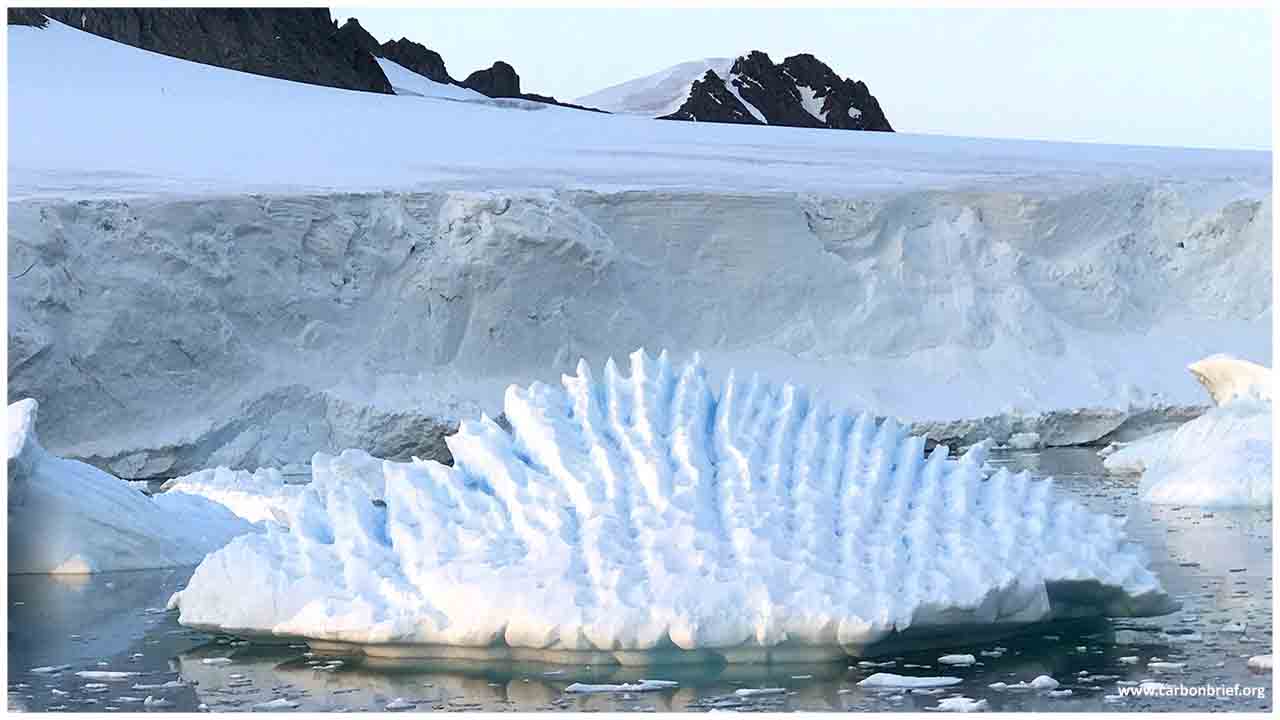 Since Antarctica can only be reached through a few air gateways or via ship, the attempt to prevent the virus from reaching the continent should be undertaken immediately, says report

At this very moment, a vast world exists that's free of the coronavirus, where people can mingle without masks and watch the pandemic unfold from thousands of miles away.

That world is Antarctica, the only continent without Covid-19. Now, as nearly 1,000 scientists and others who wintered over on the ice are seeing the sun for the first time in weeks or months, a global effort wants to make sure incoming colleagues don't bring the virus with them.

From the UK's Rothera Research Station off the Antarctic peninsula that curls toward the tip of South America, field guide Rob Taylor described what it's like in "our safe little bubble."

In pre-coronavirus days, long-term isolation, self-reliance, and psychological strain were the norm for Antarctic teams while the rest of the world saw their life as fascinatingly extreme.

How times have changed.

"In general, the freedoms afforded to us are more extensive than those in the U.K. at the height of lockdown," said Taylor, who arrived in October and has missed the pandemic entirely. "We can ski, socialize normally, run, use the gym, all within reason."

Like teams across Antarctica, including at the South Pole, Taylor and his 26 colleagues must be proficient in all sorts of tasks in a remote, communal environment with little room for error. They take turns cooking, make weather observations, and "do a lot of sewing," he said.

Good internet connections mean they've watched closely as the pandemic circled the rest of the planet. Until this year, conversations with incoming colleagues focused on preparing the newcomers. Now the advice goes both ways.

"I'm sure there's a lot they can tell us that will help us adapt to the new way of things," Taylor said. "We haven't had any practice at social distancing yet!"

At New Zealand's Scott Base, rounds of mini-golf and a filmmaking competition with other Antarctic bases have been highlights of the Southern Hemisphere's winter, which ended for the Scott team when they spotted the sun last Friday. It had been away since April.

"I think there's a little bit of dissociation," Rory O'Connor, a doctor and the team's winter leader said of watching the pandemic from afar. "You acknowledge it cerebrally, but I don't think we have fully factored in the emotional turmoil it must be causing."

His family in the UK still wouldn't trade places with him. "They can't understand why I came down here," he joked. "Months of darkness. Stuck inside with a small group of people. Where's the joy in that?"

O'Connor said they will be able to test for the virus once colleagues start arriving as soon as Monday, weeks late because a huge storm dumped 20-feet (6-meter) snowdrifts. Any virus case will spark a "red response level," he said, with activities stripped down to providing heating, water, power, and food.

While Covid-19 has rattled some diplomatic ties, the 30 countries that make up the Council of Managers of National Antarctic Programs teamed up early to keep the virus out. Officials cite unique teamwork among the United States, China, Russia, and others that elsewhere might engage in diplomatic sniping.

As a frightened world was locking down in March, the Antarctic programs agreed the pandemic could become a major disaster. With the world's strongest winds and coldest temperatures, the continent roughly the size of the United States and Mexico is already dangerous for workers at 40 year-round bases.

"A highly infectious novel virus with significant mortality and morbidity in the extreme and austere environment of Antarctica with limited sophistication of medical care and public health responses is High Risk with potentially catastrophic consequences," according to a COMNAP document.

Since Antarctica can only be reached through a few air gateways or via ship, "the attempt to prevent the virus from reaching the continent should be undertaken IMMEDIATELY," it said.

No more contact with tourists, COMNAP warned. "No cruise ships should be disembarking." And for Antarctic teams located near each other, "mutual visits and social events between stations/facilities should be ceased."

Antarctic workers have long been trained in hand-washing and "sneeze etiquette," but COMNAP slipped in that reminder, adding, "Don't touch your face."

In those hurried weeks of final flights, the U.S. "thankfully" augmented medical and other supplies for winter and beyond it, said Stephanie Short, head of logistics for the U.S. Antarctic program.

"We re-planned an entire research season in a matter of weeks, facing the highest level of uncertainty I've seen in my 25-year government career," she said.

Antarctic bases soon slipped into months of isolation known as winter. Now, with the glimmer of spring, the next big test has begun.

Everyone is sending fewer people to the ice for the summer, COMNAP executive secretary Michelle Finnemore said.

In the gateway city of Christchurch, New Zealand, Operation Deep Freeze is preparing to airlift some 120 people to the largest U.S. station, McMurdo. To limit contact between Antarctic workers and flight crew, the plane contains a separate toilet facility mounted on a pallet.

The Americans' bubble began before leaving the U.S. in early August and continues until they reach the ice. They've been isolated in hotel rooms well beyond New Zealand's 14-day quarantine. Bad weather has delayed their departure for weeks. It's now planned for Monday.

"We're trying to do a really good job keeping up their spirits," said Anthony German, the U.S. Antarctic program's chief liaison there.

The US is sending a third of its usual summer staff. The research will be affected, though investment in robotics and instrumentation that can transmit data from the field will help greatly, said Alexandra Isern, head of Antarctic sciences for the U.S. program with the National Science Foundation.

The Covid-19 disruptions are causing some sadness, she said. "In some cases, we're going to have to have contingents digging instruments out of the snow to make sure we can still find it."

Like other countries, New Zealand will prioritize long-term data sets, some begun in the 1950s, which measure climate, ozone levels, seismic activity, and more, said Sarah Williamson, chief executive of Antarctica New Zealand. It's sending 100 people to the ice instead of 350, she said.

Some programs are deferring Antarctic operations to next year or even 2022, said Nish Devanunthan, South Africa's director of Antarctic support.

"I think the biggest concern for every country is to be the one that is fingered for bringing the virus," he said. "Everyone is safeguarding against that."

Precautions extend to the gateway cities - Cape Town, Christchurch, Hobart in Australia, Punta Arenas in Chile, and Ushuaia in Argentina. Each has quarantine and testing protocols for workers boarding planes or ships heading south.

Antarctica always has its challenges, Devanunthan said, but when it comes to COVID-19 and the international community as a whole, "I would say this is on the top of the list."

A few weeks ago at McMurdo Station, workers carried out a drill to simulate what the rest of the world knows too well: mask-wearing and social distancing. "It will be difficult not to run up and hug friends" once they arrive, station manager, Erin Heard said.

He and the others will start wearing masks two days before the newcomers fly in, he said, "to help us get muscle memory." For the masks, the team plundered McMurdo's craft room, stocked with fabric, and found designs online.

As colleagues arrive, Heard will leave Antarctica. He once might have planned to thaw out on a beach. Now he's weighing the new normal. "Do I ask a friend to pick me up? I don't know if I'm comfortable doing that," he said as he imagined stepping off the plane.

"It will be super weird, to be honest, to be coming from what feels like another planet."