Bionic Yantra and the advance tech of robotic exoskeleton 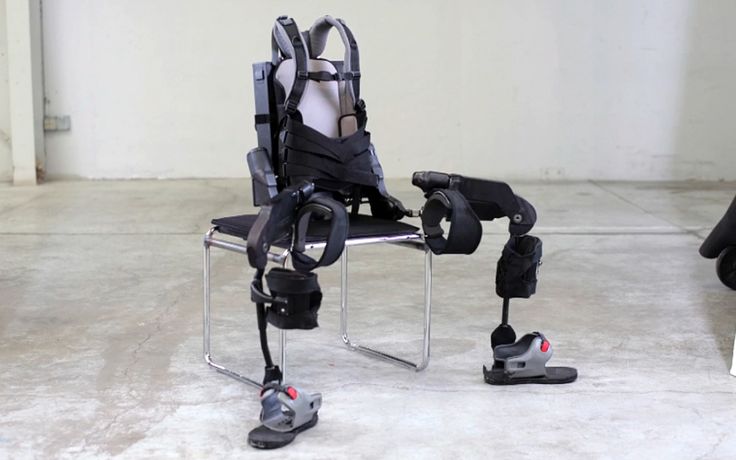 Here's how Bionic Yantra is helping paralysed and injured people gain a chance to walk again.

Every year 15,000 Indians lose their ability to walk due to spine problems, paralysis, stroke, accidents or other medical conditions. This one event changes their life dramatically going from being independent to needing someone’s assistance. Even a simple task like using the washroom makes them ask for help.

Vaidy Narayanan saw his cousin suffer the same fate as he became victim to Transverse Myelitis which left him paralysed. Inspiration then came to Narayanan when he saw a paralysed woman skier walking with the help of technology in FIFA 2014. He decided to help his cousin out and along with his friend Shiva Nagarajan, opened Bionic Yantra. Narayan was an engineer with a background in software and Nagarajan was an IIM graduate with a background in finance.

Founded in 2017, the venture aimed to make a robotic exoskeleton to help people walk again. It took the startup a couple of years to design and build a technology that is wearable and lightweight that can not only assist people in walking but also collect their medical data with the help of AI and ML.

Around the start of the 2010s, there were no such exoskeletons available anywhere in India. Wearable exoskeletons in the US cost more than $2,00,000. Bionic Yantra decided to change that. Their product Robotic Exoskeleton Assisted Rehabilitation System (REARS) was launched at the Bengaluru Tech Summit in 2019. It would be available in India for around ₹25 to 30 lakhs.

Initially, the startup faced problems of getting funded. The founding duo invested ₹5 lakhs themselves and later Social Alpha gave a seed fund worth ₹50 lakhs. In total, they have raised ₹10 crores. In a Microsoft led event, Bionic Yantra was able to impress Satya Nadella. They have partnered with AIIMS and NIMHANS to do more research.

They are also planning to enter the international market to make their product reach a wider audience. Such MedTech holds the power to make people stand on their feet and become not only productive but also independent. Will Bionic Yantra be successful in making their product widely available in India to help thousands of Indians?