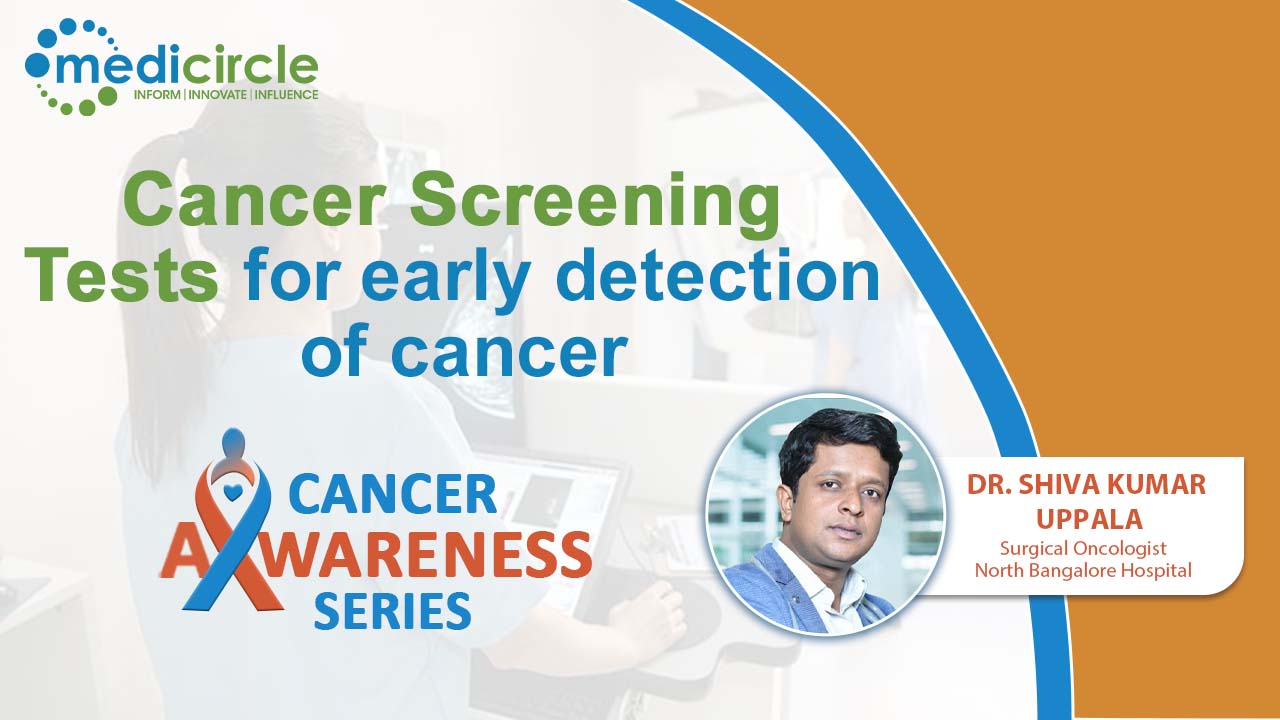 India ranks third in cancer cases after China and the US. Every year India reports more than a million new cancer cases. Among them, half a million deaths happen due to ignorance of the disease. Let’s not ignore this and get authentic, reliable genuine information directly from the well-known Oncologist Dr. Shiva Kumar Uppala.

Dr. Shiva Kumar Uppala is a surgical Oncologist in Bengaluru and currently practicing in North Bangalore Hospital, Bengaluru. For the past 14 years, he has worked as an Oncologist. He is a member of the Indian Association of Surgical Oncology.

Most common forms of cancer in India

Dr. Shiva begins, “Cancer is not a single disease. There are hundreds and thousands of different types of cancers in the human body. Their symptoms vary from each other and are very specific. But usually, cancer is more seen in the elderly group, people in the 6th or 7th decade. The most common generalized symptom of cancer is unexplained weight loss and weakness.”

“In India, cervical cancer is the most common cancer found in females. Bleeding from the vagina (after sexual intercourse and in between menstrual cycles) and post-menopausal bleeding are some tell-tale signs of this cancer. Women experiencing bleeding after attaining menopause should be taken into serious consideration. 90% of the chance is there that it might be due to cancer of the cervix or endometrium.

The next common cancer is breast cancer. A lump in the breast or in the axilla armpit, or discharge through the breast are some red flags. In case the cancer is in the advanced stage, back pain, jaundice, and distension of the abdomen are more prominent,” adds Dr. Shiva.

Cancer has a multifactorial causative factor.

At the age of 10-12 years, taking the HPV vaccination can prevent or reduce the possibility of contracting the disease.

Dr. Shiva explains, “There are four stages of cancer

Stage I – Cancer is localized to a small area of 1-2 cm and hasn’t spread to lymph nodes or other tissues.

Stage II – Cancer has grown to 4-5 cm and spread to nearby tissues.

Stage III - Cancer has grown larger and has possibly spread to lymph nodes or other tissues.

Stage IV - Cancer has spread to other organs or areas of your body. It is called systemic spread or metastasis.

Genetic components or hereditary components are seen in 10-15% of cancers.”

For the early detection of cancers, standard guidelines are to be followed. It varies from individual to individual based on the risk factors.