Diabetes in women at different phases of life 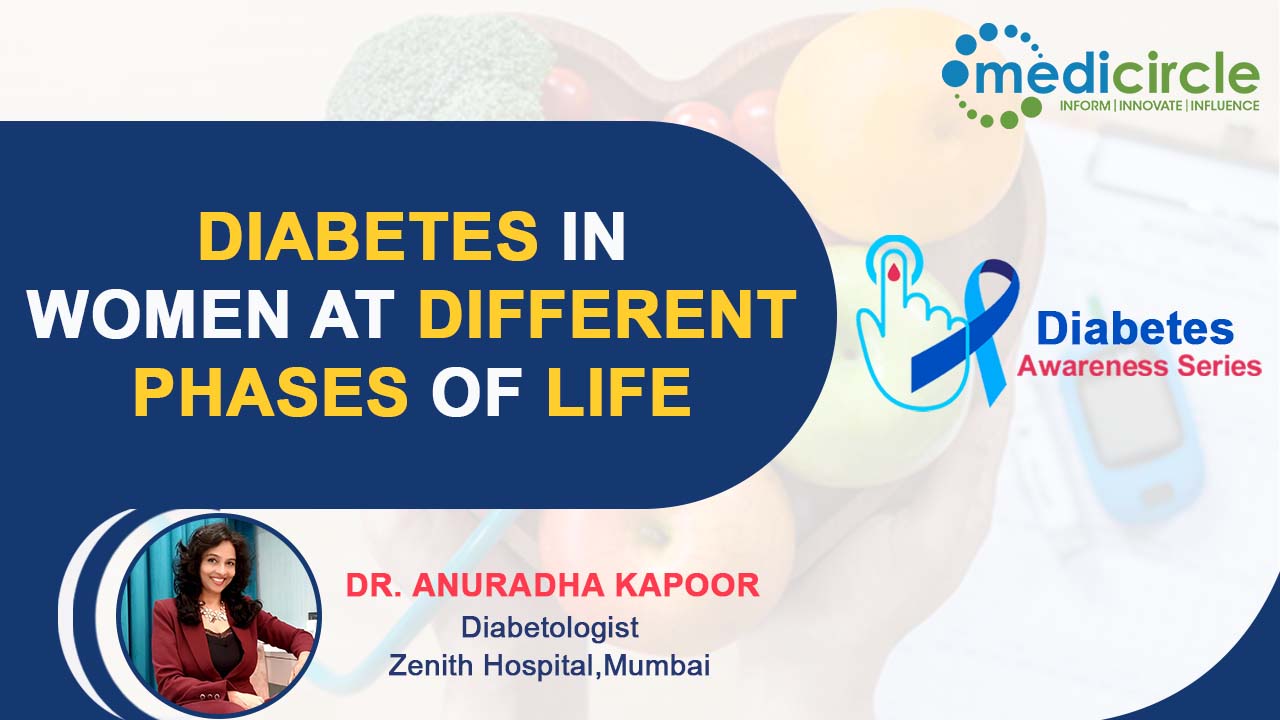 Diabetes affects men and women with similar signs. However, it has been noted that diabetes affects slightly differently in cases of female patients. Dr. Anuradha Kapoor unleashes how diabetes affects women in different stages of life and she gives her valuable insights on diabetes control in women.

Diabetes affects women way differently than it affects men. As per 2020 the research study, more than one in 10 women aged between 35 and 49 suffer from diabetes in India.

Dr. Anuradha Kapoor is a renowned Diabetologist in Mumbai and currently practicing at Zenith Hospital, Mumbai. For the past 18 years, she has worked as a Diabetologist. She is a well-known member of the United diabetes forum, Indian medical association, All India Association of family physician Mumbai and Kandivali Medical Association Mumbai.

Signs and symptoms of diabetes in a woman

Dr. Anuradha Kapoor says, “This is very important for every woman to know about diabetes which causes-

Every pregnant woman should control her blood sugar levels. And if she has high blood sugar before pregnancy, it is important to consult a diabetologist for a healthy pregnancy and baby.

Dr. Anuradha Kapoor emphasizes, “Diabetes does not majorly affect the menstrual cycle. The menstrual cycle is regulated by hormones. During menstruation, there is fluctuation in hormonal levels which makes it difficult to predict blood glucose levels.

Diabetes in women may affect the menstrual cycle and cause-

Do not ignore this and consult a doctor who will guide you with a proper diet and sleep pattern.

Dr. Anuradha Kapoor informs, “Every woman has to go through the menopause stage. Menopause causes hormonal changes which lead to low estrogen (female hormone.) During menopause, there is -

You should consult a doctor to control blood sugar levels in menopause and lead a normal life.

Cardiovascular issues due to diabetes

Dr. Anuradha Kapoor states, “Women with diabetes suffer from high risk of heart attack than men due to the occurrence of menopause and low estrogen levels. Menopause causes a lowering of the protective effect of estrogen. This increases blood sugar levels. You should consult a doctor in such cases for heart diseases.”

1. Does wearing diabetic footwear ease a person with diabetic complications?

Dr. Anuradha Kapoor says, “Yes, Diabetic footwear is suggested to patients who are at high risk of developing diabetic neuropathy and diabetic foot.

2. Can a diabetic eat fruits?

Dr. Anuradha Kapoor informs, “Diabetics should reduce the consumption of -