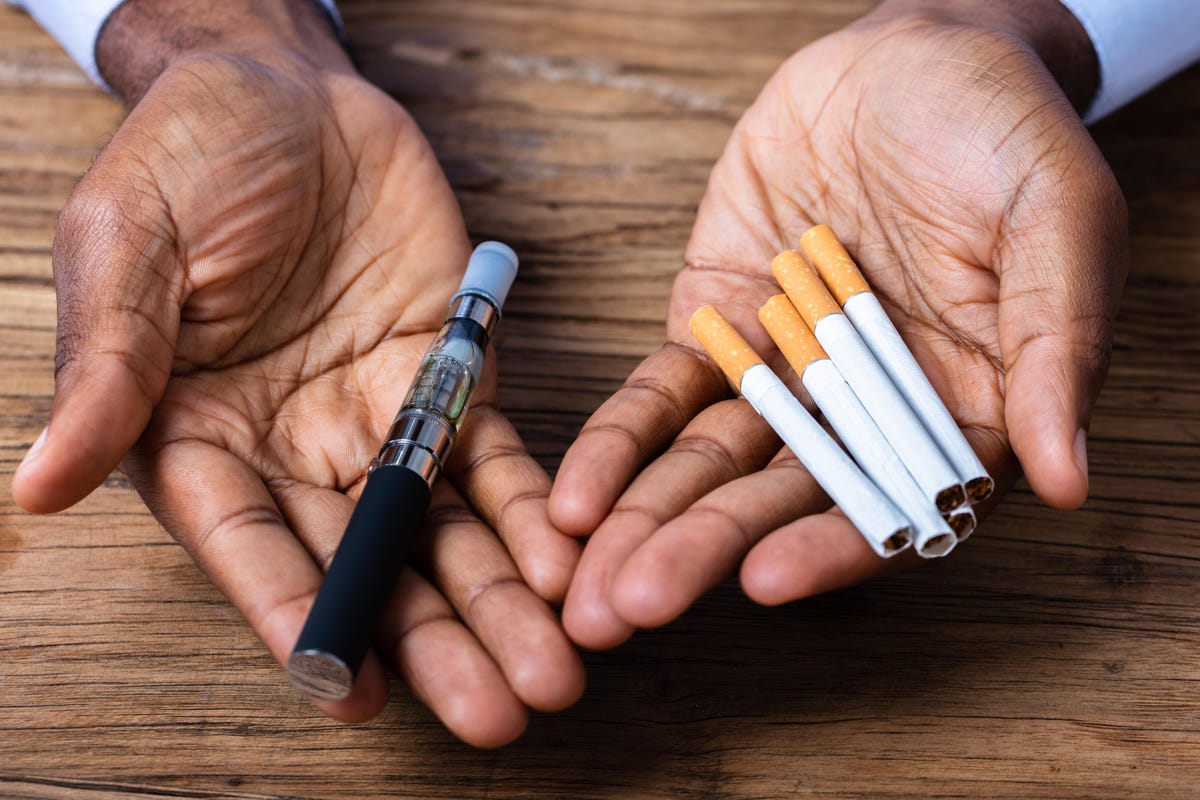 And not associated with lessening risk of relapse among former smokers

Using e-cigarettes to stop smoking may result in fewer successful quit attempts than trying to quit using other smoking cessation aids, such as nicotine replacement therapy (NRT) or meds, suggests US research published online in the journal Tobacco Control.

E-cigarettes were associated with 7 fewer successful attempts per 100 would-be quitters than other pharmaceutical aids, and former smokers didn’t seem any less likely to relapse using e-cigarettes than those who didn’t use them, the findings show.

E-cigarettes were first sold in the USA in 2007, and had become a popular smoking cessation aid by 2014–16, with sales nearly doubling during that period.

Clinical trial data indicate that e-cigarettes do help smokers quit, but studies carried out in real life situations have been more equivocal. And it’s not clear what impact high nicotine (4%+) content devices, such as JUUL—said to most closely resemble cigarette smoking—might have had.

JUUL entered the US market in 2015, and was a major factor in the 40% surge in e-cigarette sales in 2017, accounting for over half of these.

In light of this shift, the researchers wanted to assess the effectiveness of e-cigarettes as a smoking cessation aid in the US between 2017 and 2019.

They drew on waves of survey respondents in the Population Assessment of Tobacco and Health (PATH) Study, a national long term study of tobacco use and how it affects the health of people in the US.

In 2017 this study included data on 3578 established smokers who had made a recent quit attempt, and 1323 recent former smokers.

Respondents were asked what they had used to try and stub out their habit: e-cigarettes; NRT—nicotine patch, gum, inhaler, nasal spray, lozenge or tablet; other tobacco products; or the pharmaceuticals Chantix, varenicline, Wellbutrin, Zyban or bupropion. E-cigarette users were asked what nicotine strength product (0-4%+) they used.

Information was collected on potentially influential factors, such as ethnicity, household income, level of tobacco dependency, time since last quit attempt, and age when they started smoking.

To assess how well e-cigarettes staved off a relapse, they estimated the difference in relapse rates in former smokers who used any type of e-cigarette product or none.

Despite the large increase in e-cigarette sales in 2017 this didn’t translate into more smokers using these products to quit smoking.

In 2017, more than 12% of those who had recently attempted to quit said they used e-cigarettes either by themselves or combined with other products. Some 2.5% said they had used other tobacco products. Around 1 in 5 (21%) used NRT or a pharmaceutical aid. And nearly two thirds (64%) didn’t use anything.

By 2019, the proportion of recent former smokers who had switched to e-cigarettes rose to 22%, by which point some were using high nicotine content e-cigarettes.

But those who used e-cigarettes to help them quit in the year before the 2017 survey were less likely to have successfully quit by 2019 than those who used nothing at all:10% vs 19%.

E-cigarette use was associated with 7 fewer successful quitters per 100 would-be quitters than other pharmaceutical aids, after accounting for potentially influential factors.

What’s more, switching to e-cigarettes didn’t cut the risk of relapse compared with those who didn’t switch to these products: nearly 60% of recent former smokers who were daily e-cigarette users had resumed smoking by 2019.

This is an observational study, and as such, can’t establish cause. And it remains to be seen whether the increase in high nicotine content e-cigarettes seen in 2019 will aid smoking cessation attempts, say the researchers.