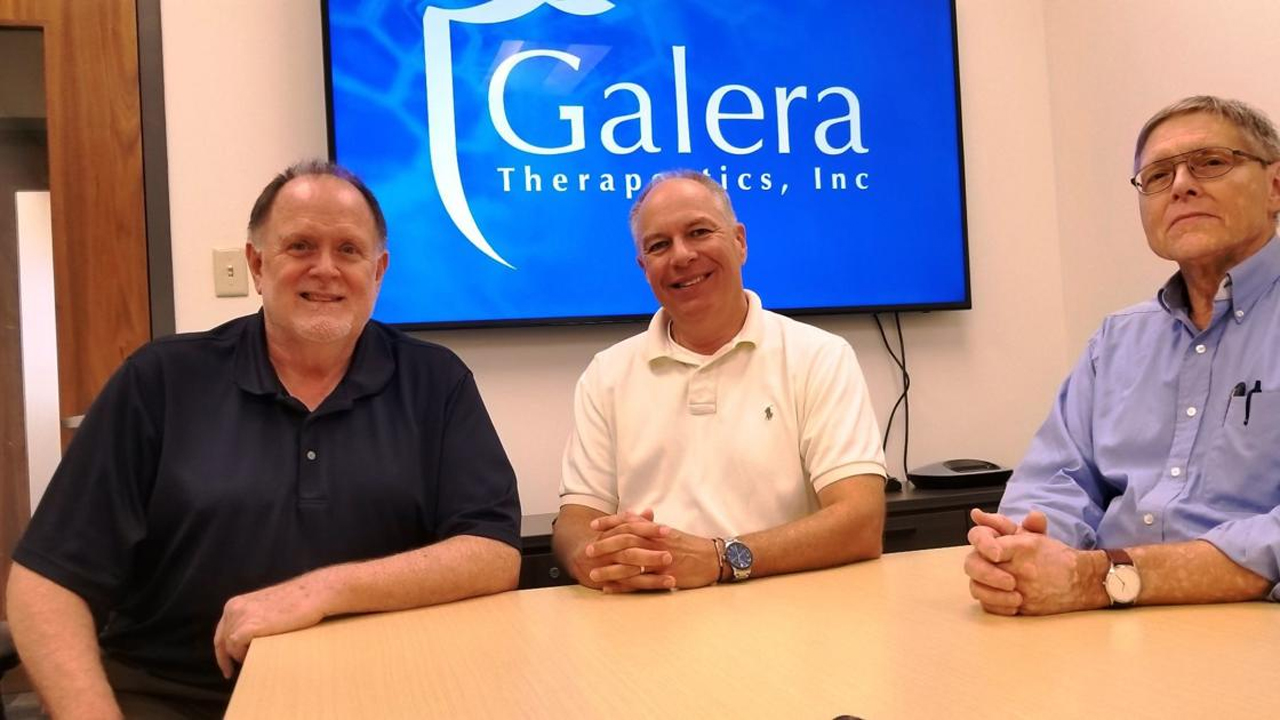 Galera Therapeutics, Inc. (Nasdaq: GRTX), a clinical-stage biopharmaceutical company focused on developing and commercializing a pipeline of novel, proprietary therapeutics that have the potential to transform radiotherapy in cancer, today announced the release of the abstract containing interim data from the first 19 patients in its pilot Phase 1/2 clinical trial designed to evaluate the safety and efficacy of avasopasem manganese (GC4419) in combination with stereotactic body radiation therapy (SBRT), compared with SBRT and placebo, in patients with locally advanced pancreatic cancer (LAPC).

“LAPC is a devastating diagnosis with limited treatment options. By combining our investigational dismutase mimetics with SBRT, we believe we have an opportunity to improve tumor response and survival outcomes. This is the first clinical data assessing the anti-cancer activity of one of our dismutase mimetics, and we are encouraged by this analysis of the initial cohort which suggests a meaningful survival benefit in pancreatic cancer,” said Mel Sorensen, M.D., President and CEO of Galera. “We look forward to presenting the interim data from the full patient population in this pilot trial on October 27.”

The interim data from the full patient population (n=42) will be presented during the 2020 ASTRO Annual Meeting Late-breaking Special Session on October 27 beginning at 3 p.m. EDT. Galera will also host a management conference call and live audio webcast at 4:30 p.m. EDT on October 27.

Galera’s lead product candidate, avasopasem manganese, is an investigational, highly selective small molecule superoxide dismutase (SOD) mimetic that is initially being developed for the reduction of radiation-induced severe oral mucositis (SOM), which is not yet approved. Avasopasem is designed to rapidly and selectively convert superoxide to hydrogen peroxide and oxygen, protecting normal tissue from damage associated with radiation therapy. Left untreated, elevated superoxide can damage noncancerous tissues and lead to debilitating side effects, including oral mucositis (OM), which can limit the anti-tumor efficacy of radiation therapy.

Avasopasem also demonstrated clinically meaningful reductions in SOM incidence through completion of radiation by 34 percent and in the severity of OM (incidence of Grade 4 OM) by 47 percent in the 90 mg treatment arm. The overall safety findings for avasopasem in the Phase 2b trial was similar to that of placebo and consistent with the known adverse effects of chemoradiation, with reductions of blood cell counts, particularly low lymphocyte counts, the most prominent adverse events. Adverse events considered attributable to avasopasem were limited to mild, transient postural light-headedness or decreased blood pressure. Patients were followed for two years after enrollment and showed no difference in tumor outcomes between active and control, consistent with expectations for combinations with intensity-modulated radiation therapy (IMRT)/cisplatin, suggesting that the efficacy of the chemoradiation therapy was not compromised.

The U.S. Food and Drug Administration granted Fast Track and Breakthrough Therapy designations to avasopasem for the reduction of SOM induced by radiotherapy.

Galera Therapeutics, Inc. is a clinical-stage biopharmaceutical company focused on developing and commercializing a pipeline of novel, proprietary therapeutics that have the potential to transform radiotherapy in cancer. Galera’s lead product candidate is avasopasem manganese (GC4419), a highly selective small molecule superoxide dismutase (SOD) mimetic initially being developed for the reduction of radiation-induced severe oral mucositis (SOM). Avasopasem is being studied in the Phase 3 ROMAN trial to assess its ability to reduce the incidence and severity of SOM induced by radiotherapy in patients with locally advanced head and neck cancer (HNC), its lead indication. It is also being studied in a Phase 2a multi-center trial in Europe assessing the safety of avasopasem in patients with HNC undergoing standard-of-care radiotherapy, a Phase 2a trial to assess its ability to reduce the incidence of esophagitis induced by radiotherapy in patients with lung cancer, and a Phase 2 trial in hospitalized patients who are critically ill with COVID-19. A pilot Phase 1/2 trial of avasopasem in combination with stereotactic body radiation therapy (SBRT) in patients with locally advanced pancreatic cancer was completed. The FDA granted Fast Track and Breakthrough Therapy designations to avasopasem for the reduction of SOM induced by radiotherapy. Galera’s second SOD mimetic product candidate, GC4711, is initially being developed to augment the anti-cancer efficacy of radiation and is currently being studied in a Phase 1/2 clinical trial in combination with SBRT in patients with non-small cell lung cancer. Galera is headquartered in Malvern, PA. For more information, please visit www.galeratx.com.

These statements are neither promises nor guarantees, but involve known and unknown risks, uncertainties and other important factors that may cause Galera’s actual results, performance or achievements to be materially different from any future results, performance or achievements expressed or implied by the forward-looking statements, including, but not limited to, the following: Galera’s limited operating history; anticipating continued losses for the foreseeable future; needing substantial funding and the ability to raise capital; Galera’s dependence on avasopasem manganese (GC4419); uncertainties inherent in the conduct of clinical trials; difficulties or delays enrolling patients in clinical trials; results of earlier studies and trials may not be predictive of future trial results; interim, topline and preliminary data may change as more patient data become available, and are subject to audit and verification procedures that could result in material changes in the final data.

The FDA’s acceptance of data from clinical trials outside the United States; undesirable side effects from Galera’s product candidates; risks relating to the regulatory approval process; failure to capitalize on more profitable product candidates or indications; ability to receive Breakthrough Therapy Designation or Fast Track Designation for product candidates for which we have not yet received such designations; failure to obtain regulatory approval of product candidates in the United States or other jurisdictions; ongoing regulatory obligations and continued regulatory review; risks related to commercialization; risks related to competition; ability to retain key employees and manage growth; risks related to intellectual property; inability to maintain collaborations or the failure of these collaborations; Galera’s reliance on third parties; the possibility of system failures or security breaches; liability related to the privacy of health information obtained from clinical trials and product liability lawsuits; unfavorable pricing regulations, third-party reimbursement practices or healthcare reform initiatives; environmental, health and safety laws and regulations; the impact of the COVID-19 pandemic on Galera’s business and operations, including preclinical studies and clinical trials, and general economic conditions; risks related to ownership of Galera’s common stock; and significant costs as a result of operating as a public company.

These and other important factors discussed under the caption “Risk Factors” in Galera’s Quarterly Report on Form 10-Q for the quarterly period ended June 30, 2020 filed with the U.S. Securities and Exchange Commission (SEC), Annual Report on Form 10-K for the year ended December 31, 2019 and Galera’s other filings with the SEC could cause actual results to differ materially from those indicated by the forward-looking statements made in this press release.