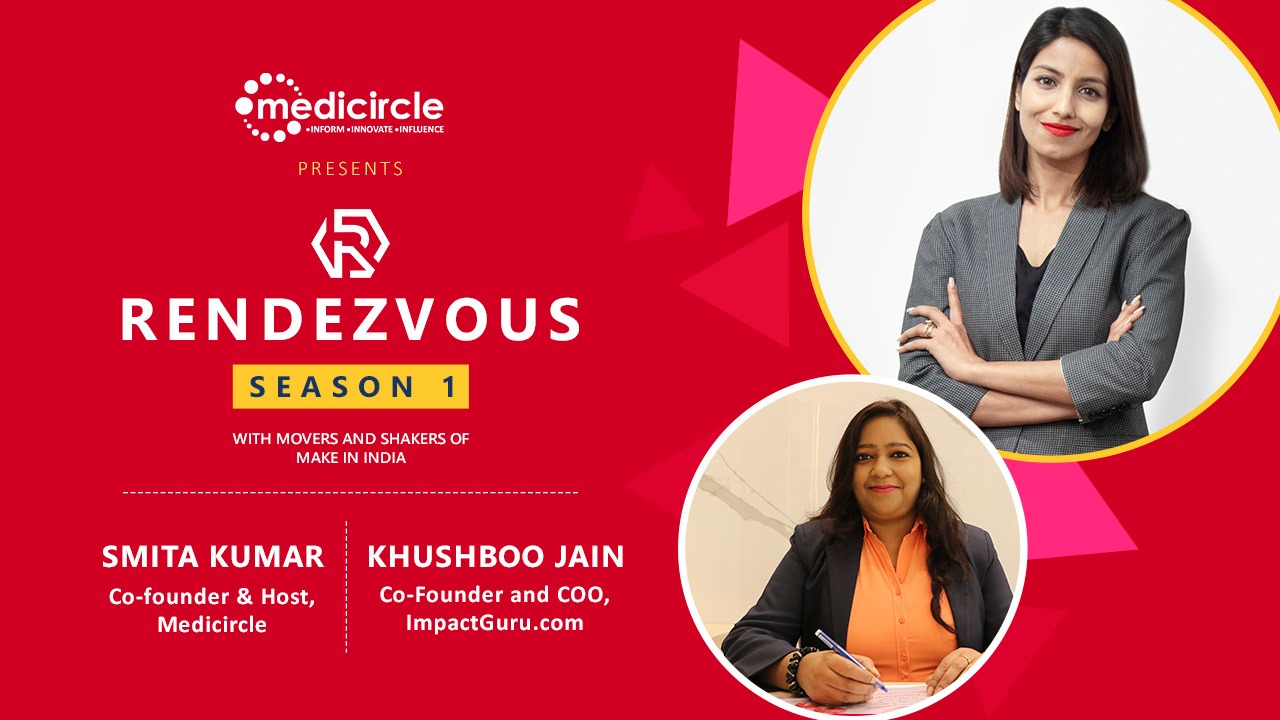 “Though it’s not often that we associate Health so closely with the Economy, in reality, they are more connected to each other,” says Khushboo Jain on relation between health and economy.

While the COVID-19 pandemic has made people fear for their health, its second-biggest effect can be seen in the economy. Though it’s not often that we associate health so closely with the economy, in reality, they are more connected to each other than one would ever notice at first glance. Let us see how Khushboo Jain is helping the Indian patients find crowdfunding solutions who are struggling to fund their or a family member's critical illness be it cancer, transplant, accident, or any medical emergency through ImpactGuru.com which is India’s leading healthcare financing platform for patients.

Khushboo believes that by investing in our health, we are actually investing in our economy. She began an entrepreneurial career in the Healthcare sector and co-founded ImpactGuru.com in July 2014 and since then has served as the company’s COO (Chief Operating Officer) and also heads ImpactGuru’s Communications, Design, and Brand teams. She is actively involved in the company’s marketing and communications strategies, community building activities, the ImpactGuru product users’ experience, and closely works with ImpactGuru’s work with the non-profitable sector.

The role of health in the economy

We have all seen how the COVID-19 outbreak has had a big impact on various facets of everyday life. The fear of falling prey to the virus has led to almost a complete shutdown of the entire country, leading to drastic changes in the domestic as well as the global economy. Organizations and individuals have had to experience unprecedented changes in their operations.

Experts have estimated the cost of the 3-week lockdown in our country to be around USD $120 billion (approximately Rs. 9 lakh crore), which is around 4% of the GDP. It is easy to see how a single pandemic could push back the progress made by the developing and poor countries. It’s often stated that a country's population is one of its biggest resources, and with the lockdowns all around the world, it’s hard to disagree. As per a UNICEF report, in 2016, the rates of mortality were at 3 per 1000 births in high-income countries.

These countries also have longer life-spans and higher literacy rates, which show that there is a direct correlation between healthcare and income rates. Focus on personal hygiene and emphasis on one’s own physical and mental health are also prevalent in these nations, leading to a more effective working class.

Khushboo talks about the progress India has made in terms of healthcare and hygiene,

“India’s progress has been far better. Indian doctors are at par with the best healthcare professionals in the world and the technology available today is also world-class. Public health issues like littering and improper sanitation have been addressed and strong campaigns have been launched to tackle other such issues. Now dealing with COVID-19, we have shown how we can still react well under pressure,” she says.

Can do better by taking steps further

Khushboo suggests that while India has had its own fair share of achievements, it could still do so much better, “On one hand, while we have world-class doctors and technology, on the other, they are not yet accessible to a large portion of our population, especially those in rural and remote places. Moreover, the cost of certain operations is still too expensive for a large proportion of those that are in dire need of them,” she says.

She also believes that the infant mortality rates could still be improved to a great extent, as a lot of these cases are preventable if the right facilities are made available in time.

“The primary issue that we do have is of educating each generation about the importance of health and wellbeing, as well as breaking unhealthy, social, and cultural norms especially in rural areas, both of which still need a lot of work,” she says.

If private sectors see public issues like community health as their social responsibility, then it makes healthcare education a lot easier.

When brands and companies focus on a social cause that is close to them, and which is correlated to the product/service they offer, it helps spread the brand’s message as well as create a positive social impact. Many companies have already associated themselves with a cause or a movement that is related to the health and education of the public. By getting more private sector involvement and investment in healthcare, we can give it a much-needed boost.

While healthcare may be a predominant concern for the Government and private sector, Khushboo believes that it ultimately boils down to individual responsibility. While many celebrities and influencers are actively involved with the Government for a number of causes to create a healthier environment, on an individual level, we need to change our attitudes towards health. How can we do that? By adopting common hygiene practices, by educating the people around us, as also putting an end to unhealthy practices, we are contributing to a better standard of living and a healthier environment too.

“While the health and healthcare of a nation can’t change overnight, consistent efforts can help yield better results. For a country to function at its best, it needs its citizens to be functioning at their best, and that is only possible if health is considered as a priority,” she says.