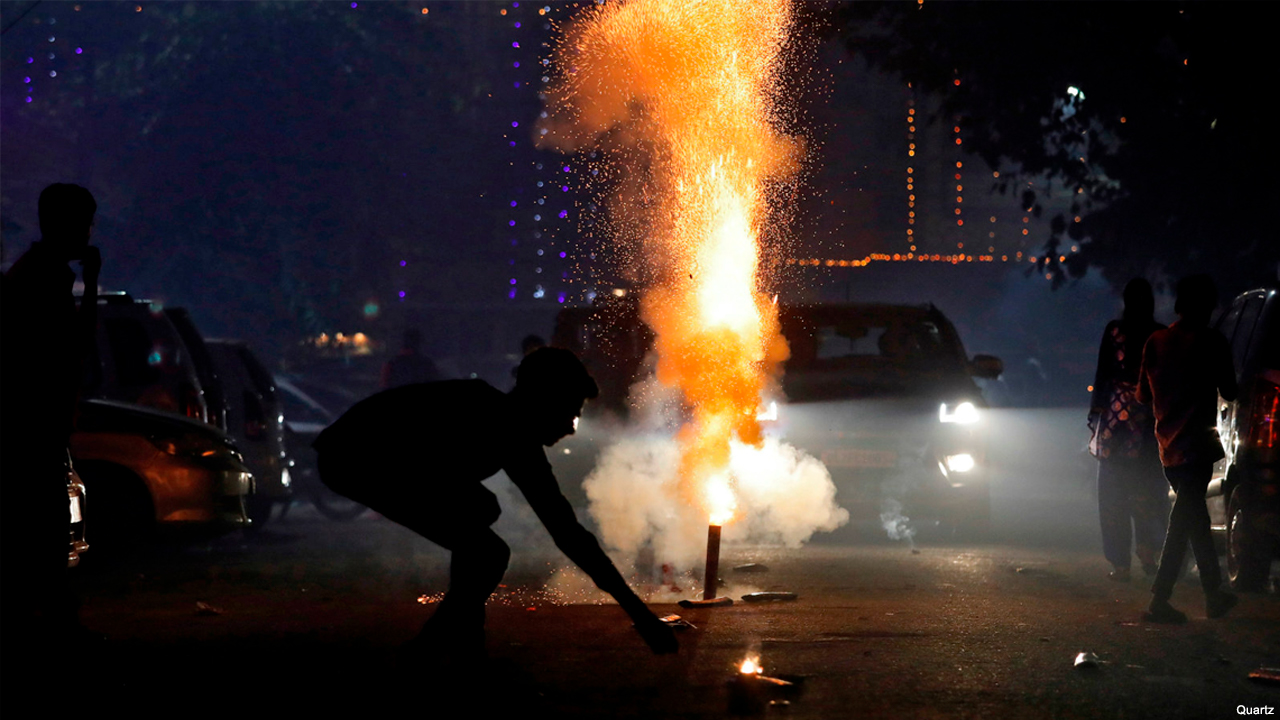 Post-Diwali firecrackers, air pollution is bound to occur. This post is a wake-up call for all patients suffering from lung and respiratory issues such as asthma, bronchitis, and allergic rhinitis.

It has been reported that a night after Diwali, Delhi’s air quality along with many cities has been deteriorating. Let us not forget the major causative factor behind this which is the bursting of firecrackers. The air quality of many cities in India has seen a major drop. There is suspected to be major harm for the patients suffering from respiratory disorders like asthma, allergic rhinitis, and bronchitis with difficulty in breathing.

It has been predicted by The System of Air Quality and Weather Forecasting and Research (SAFAR), the AQI ( Air quality quotient) has dipped to “severe levels” on Diwali itself and has come into the red zone since then due to a major firecracker bursting in many cities, especially Delhi causing air pollution.

The air quality range of 301-400 can cause “respiratory illness” on prolonged exposure to polluted air. This can further deteriorate the condition of the patients who are suffering from existing respiratory and lung issues. This air pollution outbreak has been reported by many cities. Topping the charts for the poor quality of air is Noida which is registered with an AQI of 323 this week post-Diwali. Next, the 2nd air polluted city in India is Delhi with AQI 400. This may lead to major health issues for people living in these cities.

An AQI is a range that measures air quality to check air pollution. The range of AQI is as follows-

Many cities have recorded low-intensity of firecrackers in the past 2 years, but still, people continue to burst crackers despite the ban on them. The government announced in September 2022 a complete and total ban on the production, sale, and use of all types of firecrackers till Jan 1, 2023.

Respiratory problems due to air pollution

The air pollution post-Diwali is causing the following health issues-