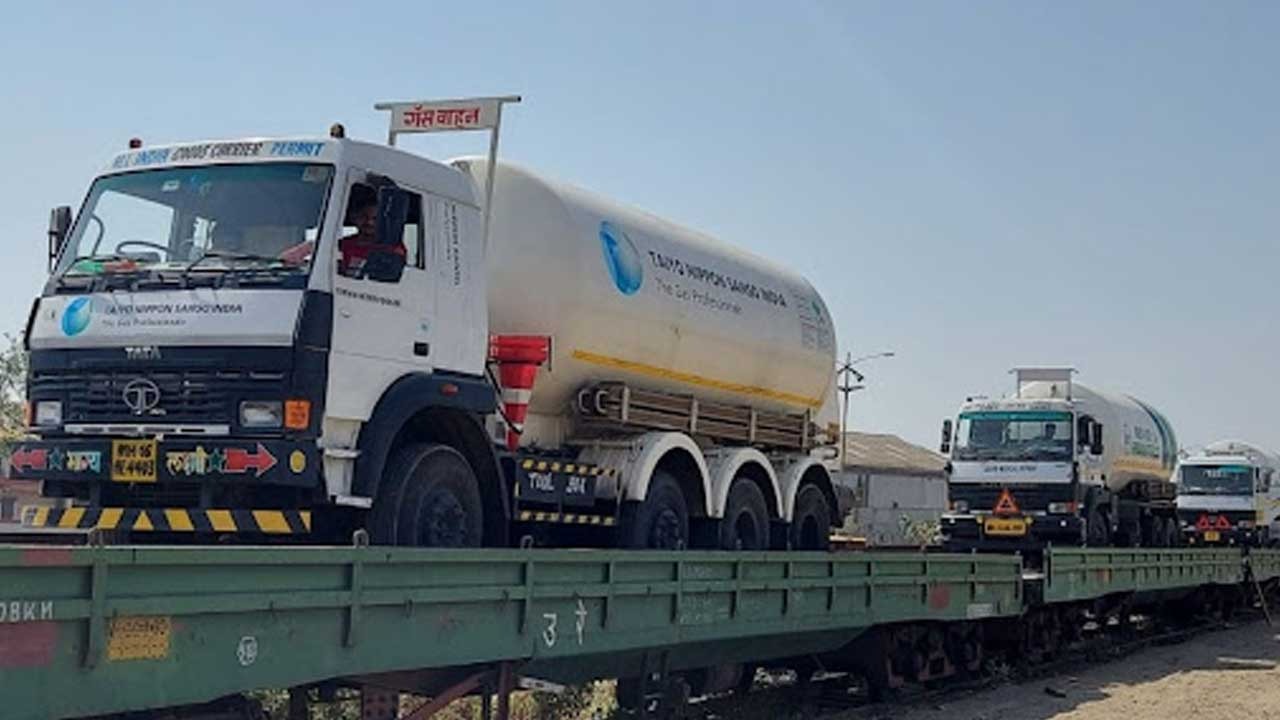 Ten container rakes of Indian Railways carrying 200 metric tonnes of the Liquid Medical Oxygen (LMO) arrived at Benapole in Bangladesh on Saturday night. The train had started on Saturday morning from Tatanagar station in Jharkhand under the South Central Railway. Earlier, the train was scheduled to reach Bangladesh on Sunday but it reached early which was accepted by Bangladesh authorities at the land border.

This is the first time ever that the Oxygen Express is put into operation to a neighbouring country. These special train services were started in India on April 24. So far, 480 such Oxygen Expresses were operationalized within India.

This consignment will significantly augment necessary reserves of Liquid Medical Oxygen in Bangladesh which is facing a surge in COVID 19 cases over the last several weeks.

The consignment will be decanted in Bangladesh and supplied to hospitals in the country to support it in the fight against the current covid wave. The railway ministry said in a statement that India is committed to further sharing medical supplies, in tandem with the improvement in its own pandemic situation, with its closest partners in the neighbourhood.

Earlier, India supplied more than 180 tonnes of medical oxygen to Bangladesh during the Eid holidays under special arrangements through the land route. The oxygen was imported by three companies of Bangladesh in eleven tankers on Wednesday through the Benapole border post.