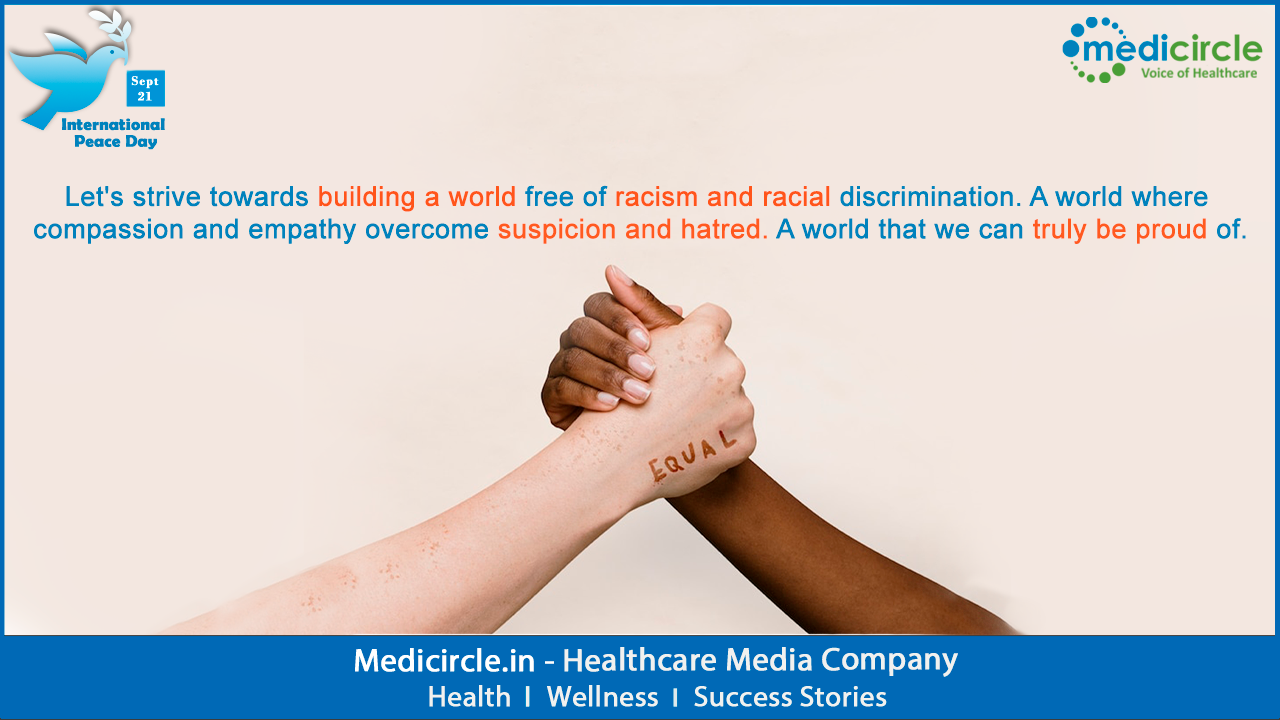 International Day of Peace is celebrated every year on the 21st of September with the aim of expanding peace by reducing war and hostility around the world.

The theme of the International Day of Peace

The first Peace Day was celebrated in 1982 by many countries with the help of political parties, military groups, and people. This year the 40th International Day of Peace is being observed on Wednesday, 21st September 2022, with the theme 'End Racism, Build Peace.' This day empowers people to live in peace and dignity. This year the theme of International Day of Peace 2022 reflects the need to build a society in which people are treated equally irrespective of their caste in order to achieve true peace.

Information about International Day of Peace:

Initiated: By the United Nations General Assembly in the year 1981

Purpose: To invite countries and peoples to stop hostilities and to spread awareness on issues related to peace.

History of International Day of Peace

The International Day of Peace was established in 1981 by the United Nations General Assembly. Nearly 20 years after this, in 2001, the day was designated by the UN by unanimous vote as the period of non-violence and ceasefire.

Initially, this day was celebrated on the third Tuesday of September but after the year 2001, it was changed to 21st September. Since then World Peace Day is celebrated every year on the 21st of September.

Why is World Peace Day celebrated?

The main objective of celebrating this day is to maintain peace in the world through non-violence and a ceasefire. Along with this, its main objective is to rise above all differences for humanity and commit to peace and contribute to the creation of a culture of peace.

It is dedicated exclusively to strengthening the ideals of peace and reducing war within all countries and peoples around the world.

Peace comes from within…

Don't go out looking for it.

Peace in itself is a reward.

Peace within the heart begins with a smile.

Courageous people are not afraid to forgive for the sake of peace.

We believe in peace and peaceful development not only for ourselves but for the whole world.

He who renounces all desires and becomes free from the longing and feeling of "I" and "mine" finds peace.

How is World Peace Day celebrated?

The United Nations invites all countries to stop hostilities on this special day and celebrates this day by spreading awareness on issues related to peace.

White Dove: White color is considered to be a symbol of peace. So to celebrate Peace Day, on this day the message of peace is given around the world by flying white pigeons, messengers of peace.