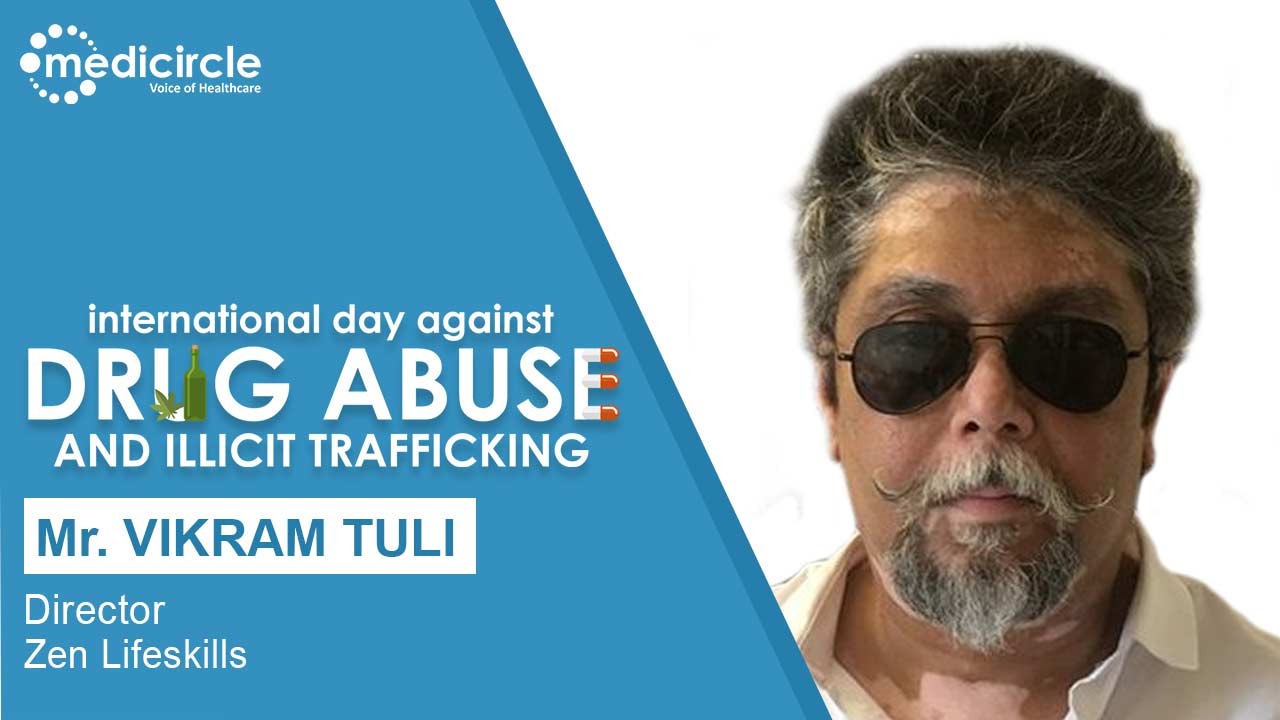 Addiction is not a social problem but an emotional problem. The powerful tool in treating addiction is love. Families should never stop loving addicted people. Every addict can come back provided he is guided, nurtured, loved and shown the path, Vikram Tuli, Director and recovery coach at Zen Life skills

The International Day against Drug Abuse and Illicit Trafficking falls on June 26 of every year to bring to light the issues of the seriousness that illicit drugs foster on society. This occasion is upheld by people networks and social organizations everywhere in the world. This day is observed worldwide, with much consciousness to make the society at large aware of the risks of the chronic drug, drug use, and illicit trafficking. It is a problem that is a significant obstruction to health and like a poison to the young. We at Medicircle are conducting a series on International Day against Drug Abuse and Illicit Trafficking to make people understand the significance of stopping this drug abuse and illicit trafficking.

Vikram Tuli is the Director and Recovery coach at Zen Life Skills. Besides being a story screenplay writer, Vikram is also a recovery coach. Having survived the ordeal by substance use disorder he understands the nature of the beast called addiction. Who better than him to help you in your journey towards recovery?

Vikram says, "One can become addicted to drugs by just one hit, it depends on the drug too. One hit and he is hooked for life. After getting addicted, the person can have short-term and long-term problems. Short-term problems will generally go away if the person gets clean and starts walking in the path of recovery. But the long-term problem could be having some sort of neurotic disorders, psychological disorders, or psychosis and stuff that can't be reversed. This is the major problem. The depth of addiction varies from person to person. For example, somebody may have 400 hits, and nothing happens to him while the other may have just three hits and he crosses that bar between strategy and insanity. So nobody knows at what point you will be triggered,” explains Vikram.

Vikram expresses, “People are treating the drug problem as a social problem. It is not a social problem but an emotional problem. An addict is doing all wrong things because he is compelled to. The addict is unable to handle situations emotionally. For example – If anyone got pneumonia, we give medicines. Likewise, if a person gets addicted, he has to be treated. The powerful tool in treating addiction is love. Families should never stop loving addicted patients. You should help them with your love and care. But to get the person back, you have to make life tough for him. You need to put adversity in an addict's life. Tough times will make him strong. Strong enough to differentiate between right and wrong. You should support him in coming out of this disease.”