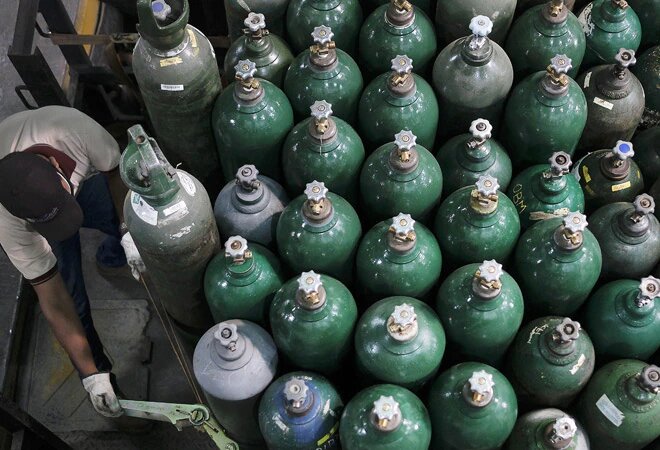 Prime Minister Narendra Modi has taken a comprehensive review to ensure an adequate supply of medical oxygen in the country. Mr Modi has asserted that it is important to ensure synergy across Ministries and state governments to maintain an adequate supply of oxygen. He has directed to increase the production of medical oxygen to fulfil the growing demands.

The Prime Minister took a detailed review of the present situation of medical oxygen supply and its estimated demands in the 12 States which are witnessing a rapid rise in coronavirus cases. An overview of the district-level situation in these states was presented to him. He was informed that the Centre and States are in regular touch and estimates for projected demand have been shared with the states. He was informed that four thousand 880 metric tonnes of medical oxygen have been allocated to these 12 high burden states for meeting their projected demand as of 20th April of this month.

Additionally, 5,619 metric tonnes of medical oxygen have been allocated for the projected demand as of 25th April and  6,593 metric tonnes for the estimated demand as of 30th April of this month. The Prime Minister was informed that the surplus stocks of oxygen available with steel plants are being offered for medical use. Mr Modi suggested the officials ensure seamless and free movement of tankers carrying oxygen throughout the country.

The government is allowing industrial cylinders to be used for medical oxygen after due purging. Prime Minister was also informed about the efforts being made to import medical-grade oxygen.

Meanwhile, Indian Railways has given in-principle approval to transport Liquid Medical Oxygen container trucks on a Roll-on roll-off (Ro-Ro) basis. In a first of its kind operation approved by the Railway Ministry, the Indian Railways will soon carry cryogenic tanker trucks loaded with Liquid Medical Oxygen from one part of the country to another.

The decision has been taken by the Railway Ministry in view of the request received from the Maharashtra government for the transportation of liquid oxygen into the state. The Railways have said that through this mechanism a significant amount of transportation cost and crucial time can be saved while delivering Medical Oxygen to Health care facilities, especially in view of the surge in COVID cases.