Professional Advice to Treat and Prevent AIDS with Early Detection 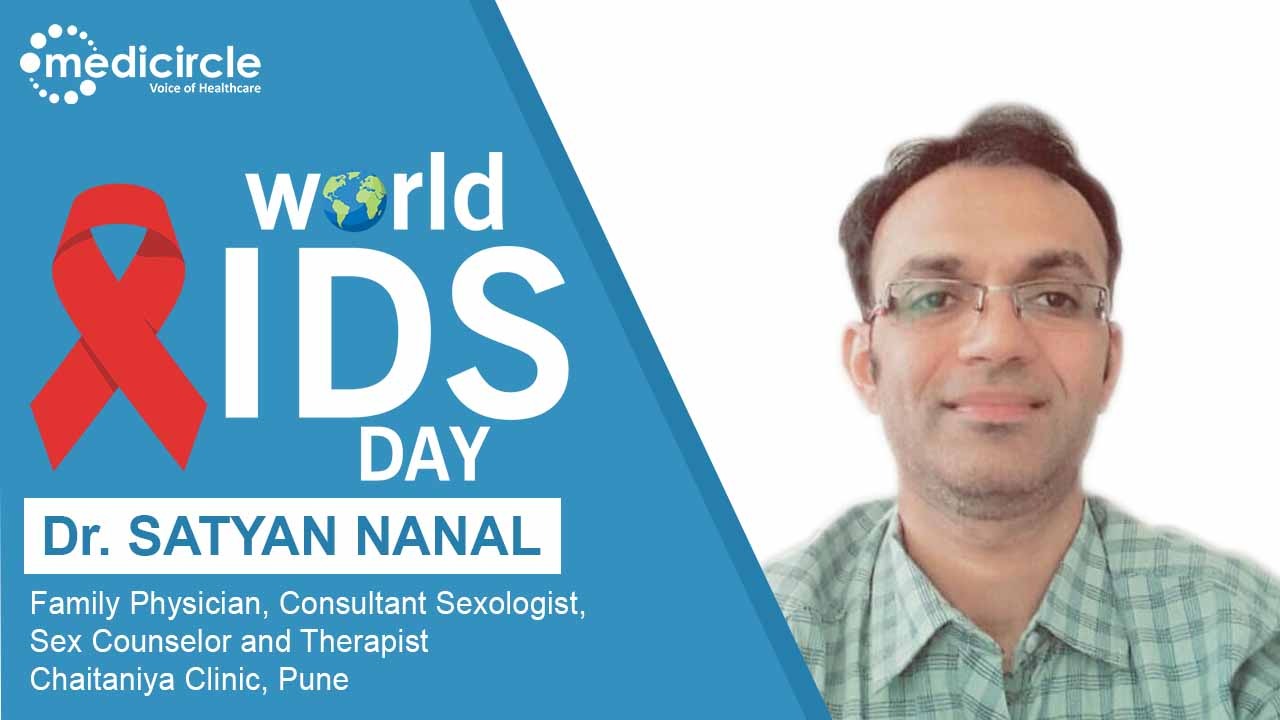 Dr. Satyan Nanal informs that early detection of HIV virus with early screening is very important.If you have any infection, get treated right away by consulting your specialist doctor. He also states that lower immunity and CD4 count need to be taken care of in case of HIV virus to recover and it must be monitored as well.

India has the third-largest HIV epidemic with 2.35 million people living with HIV. Of this 1.345 million are receiving ART. There were 69,220 new HIV infections and 58,960 AIDS-related deaths reported in India in 2019. India’s HIV epidemic is driven by sexual transmission. The three states with the highest HIV prevalence, Manipur, Mizoram, and Nagaland, are in the east of the country. India’s HIV epidemic is slowing down. Between 2010 and 2017 new infections declined by 27% and AIDS-related deaths more than halved, falling by 56%.

World AIDS Day is celebrated every year on December 1 not only to spread awareness about the disease but also to remind the people and the governments that HIV has not gone away. People with HIV can enjoy a long and healthy life by taking antiretroviral treatment (ART). India, with other nations globally, has promised to end AIDS by 2030.

We at Medicircle are conducting the World AIDS Day Awareness Series to educate people about AIDS and its preventive measures from eminent Expert Doctors and Medical professionals.

Dr. Satyan Nanal is a Family Physician, Consultant Sexologist, Sex Counselor, and therapist at Chaitaniya Clinic based in Pune. He has experience of around 20 years in his field. He deals with sexual issues with males as well as females and also Couple problems. He also deals with HIV counseling and Checkup. His expertise lies in infertility problems, chronic skin problems, hair loss problems, etc.

Dr. Satyan Nanal says, “ AIDS is caused by infection of HIV virus and the predominant symptoms are-

These are basic and initial symptoms of HIV virus.”

Dr. Satyan Nanal informs, “CD4 count is very important when it comes to AIDS and HIV. There is a difference between  HIV and AIDS. HIV is an infection of a virus and AIDS is the terminal stage of infection or advanced stage. There are different cells in the body like RBC WBC and platelets. CD4 count signifies WBC where the immune system matters. The normal CD4 count is more than 500 however when you come in contact with the virus HIV, it attacks the  CD4 count and destroys those cells. And gradually this causes lower immunity and causes opportunistic infections in the body.  CD4 count  is affected when you get infected with HIV virus.”

Dr. Satyan Nanal states, “There is no 100% cure for HIV but there are treatments available through medications. We can control the replication and infectivity of viruses.

It is important for early detection and adherence to the treatment to lead a normal life. Follow all the do's and don'ts for a normal life. There is no cure but control can be achieved.

Dr. Satyan Nanal states, “With HIV virus, you are more prone to bacterial, viral and fungal infections. As your immunity lowers, it can take time to recover from these infections. HIV affects different systems of the body causing -

Dr. Satyan Nanal states, “AIDS can be prevented by-