The Family Members Of The Patient Suffering From Dissociative Identity Disorder (DID) are Important !!! A Well Known Clinical Psychologist, Devanshi Sharma shares her experience. 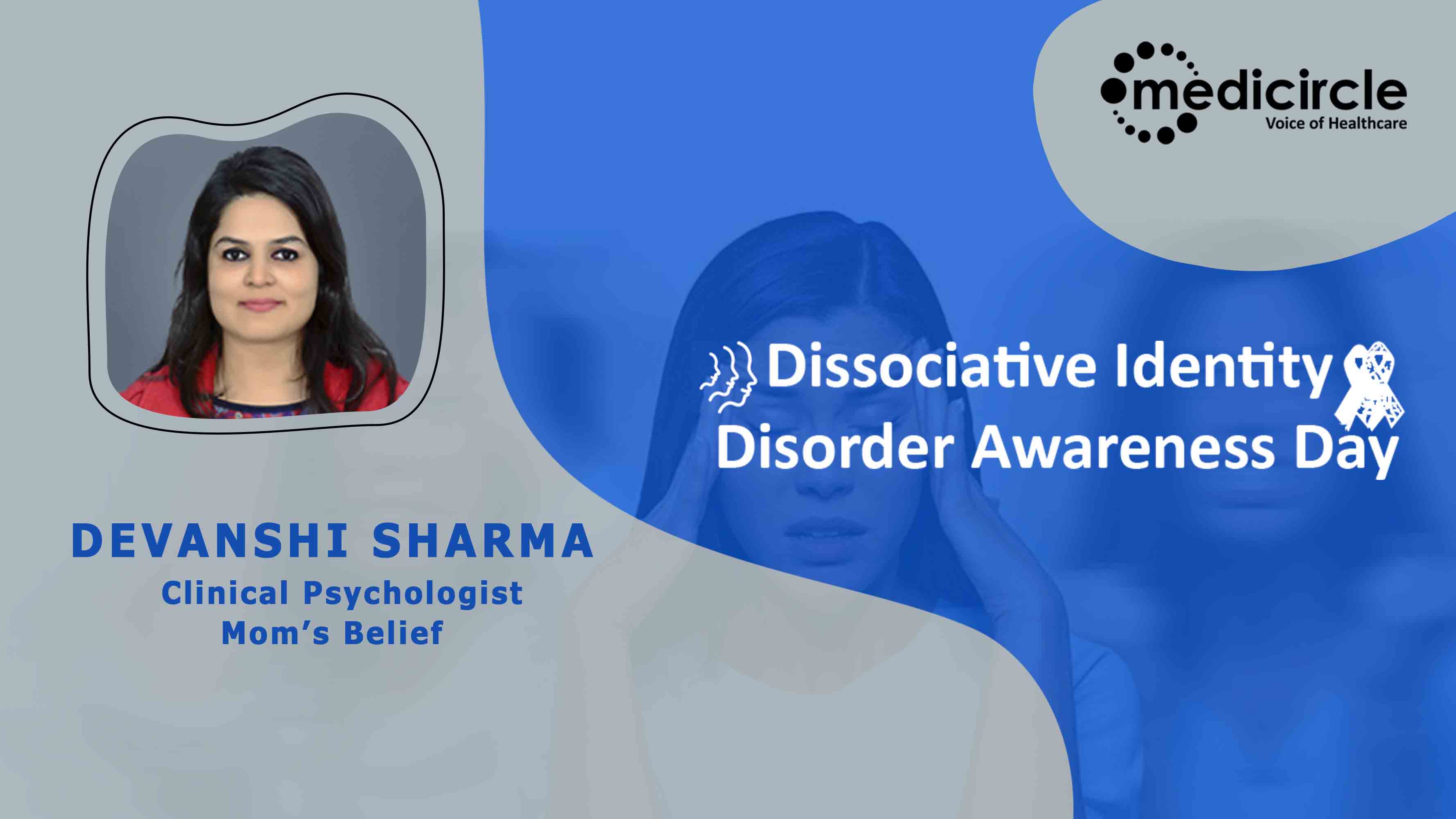 The coping mechanism of  Dissociative Identity Disorder (DID)

Devanshi Sharma emphasizes, “Dissociative Identity Disorder (DID) is a very commonly shown disorder in movies and around us because it fascinates a lot of people. The prime problem behind this disorder is that sometimes people cannot cope with this stressful situation. They do not have the correct means to support them like lack of support of family. These people do not have correct coping mechanisms to deal with stress. Dealing with stress is a psychological defense mechanism. This results in different personas in a particular person. "

It is important to vent out and express your feelings

Devanshi Sharma gives an example and explains, “ For example, I am a very submissive kind of person who suppresses her feeling, stays quiet, cannot express, talk about worries or cannot cry. In this case, I cannot vent out or express my feelings and worries. This leads to building an aggressive personality over time. There can be a situation where there can be switching over of this aggressive personality. These things can lead to the development of personality disorder. If this goes untreated, it can lead to complications. In India, there is a lack of mental health awareness which makes it a misunderstood psychological disorder.”

Devanshi Sharma informs, “The occurrence of Dissociative Identity Disorder (DID) starts with the people in childhood itself. Every child will not go through it but the majority will. Every child has a “ME” time where he plays with toys and phantomized things. A child may pretend play during his early years. But when pretend play becomes extremely personalized in a child, the parents must be aware of it. Modern parenting is all about having a good friendship with your child. As soon as the parents start realizing odd and unusual behaviors, it takes time to take action as it is a “red flag” for parents. The child may not be verbal. So in this case, the parents can pretend to play with them so that the child can vent out. Relating to characters and pretend to play with the child is very important. It is essential to know the thought process about the child to put it into action.”

Lack of awareness about Dissociative Identity Disorder (DID)

Devanshi Sharma states, “A lot of the population is below the poverty line or the literate levels. It has been seen that Dissociative Identity Disorder (DID) is very prevalent in them due to lack of knowledge as they cannot catch up with the signs. This is specifically for those parents who do not have an understanding of it. If your child is showing any unusual behaviors, kindly do not ignore them. If you cannot control this behavior of your child, consult a professional who can help you”