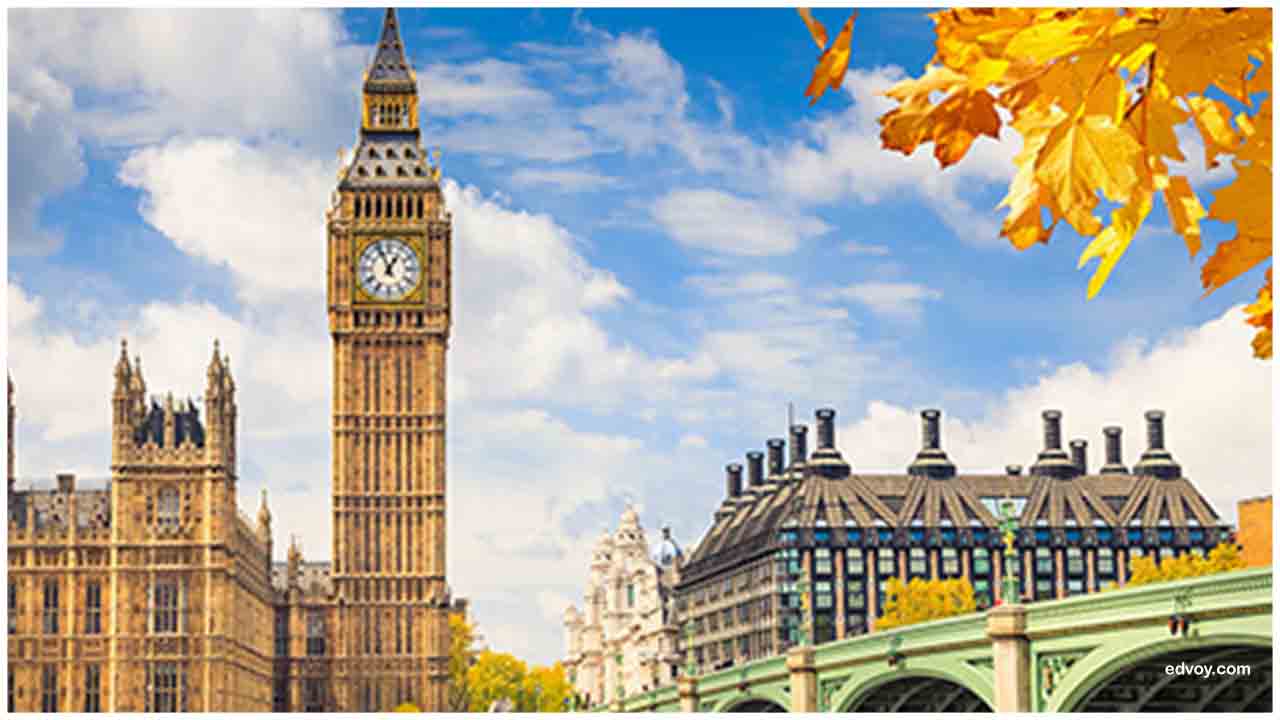 UK Health Secretary Matt Hancock told the House of Commons on Thursday that he wants students to be careful not to pass on coronavirus to more vulnerable groups of their parents and grandparents.

Universities across the UK are preparing to reopen for the start of the Autumn semester this month amid the updated COVID-19 government guidance, which limits large gatherings of more than six people across campuses.
UK Health Secretary Matt Hancock told the House of Commons on Thursday that he wants students to be careful not to pass on coronavirus to more vulnerable groups of their parents and grandparents.

"If you are a student who is about to return to university or go to university for the first time, then please, for the sake of your education and your parents' and grandparents' health, follow the rules and don't gather in groups of more than six people," Hancock said in a statement to Parliament.

"The Department for Education has published the updated guidance for universities on how they can operate in a COVID secure way. This includes a clear request not to send students home in the event of an outbreak to avoid spreading the virus across the country," he said.

The first few weeks of what is the start of a new academic year in September is traditionally marked by freshers meets and gatherings. However, this year there will be an effort to limit student numbers as much as possible to control the spread of coronavirus, as the number of cases in the country began to rise once again since last week.

Under the Department for Education guidelines, students with coronavirus symptoms are told to "self-isolate in their current accommodation" such as halls of residence.

All other residents in the same household must also isolate for 14 days, and be provided with support by their institution.

The guidance recommends the use of disciplinary measures in the event of student non-compliance, as well as suggestions to combat the spread of the virus such as "reducing the sizes of casts in the drama" and considering if "some tuition in certain subjects can be conducted outside".

Hancock's plea for caution in the Commons came alongside speeches by the UK Education Secretary Gavin Williamson and Universities Minister Michelle Donelan, urging university staffers and students to follow the guidance to try and limit the spread of infections.

"Let's be honest, these months have been incredibly difficult, for everyone involved," said Donelan.

"The next few months will be very different for you and I want to thank you for all the hard work that you have done to ensure that social distancing measures are introduced, plus blended learning and COVID-secure measures. We agree with you - both students and staff must be kept safe," she said in a speech to members of Universities UK, representing most of the UK's universities.

In his address to vice-chancellors, Williamson highlighted the extra funding being granted to universities as they struggle through the COVID-19 lockdown imposed in March.

"I do acknowledge that the pressures providers are facing as a result of COVID-19 are substantial and some may face serious financial difficulties as a result. That is why my department is working closely with the sector, the Office for Students, and across government to monitor and fully understand the financial risks that providers are facing and help them access support where necessary, and have established a restructuring regime to support universities as a last resort if it proves necessary," he said.

About visa changes unveiled for international students on Thursday, he added: "We now have a world-class student visa offer befitting our world-class higher education sector - this will only improve once the Student Route is launched later this year, and student visa processes are further streamlined."

The route, to apply to all overseas students including Indians from October 5, will mean students require a total of 70 points to be granted a visa to study at a UK university under the new points-based visa regime. They will achieve the required points if they can demonstrate that they have an offer from an approved educational institution, speak English, and can support themselves during their studies in the UK. The UK Home Office says the new route will simplify the existing Tier 4 Student Visa application process.

The new restrictions follow a sharp spike of COVID cases across the UK, which has been largely blamed on party-going youth.

Read on for a wrap of the other important developments around the world.

Europe
German vaccine maker BioNTech and eight biotech companies have vowed to "uphold the integrity of the scientific process" amid growing concerns they could succumb to political pressure. AstraZeneca also suspended one trial after "a potentially unexplained illness" in a participant.

Sex workers are back in business in the northern German states of North Rhine-Westphalia, Hamburg, Bremen, and Schleswig-Holstein after the coronavirus lockdown regulations imposed earlier this year were eased.

The Czech Republic recorded over 1,000 new infections in a day for the first time. Wednesday's count fo 1,164 new cases bring the country's total up to 29,877. The spike in Czech cases has been among the fastest in Europe, according to the European Center for Disease Prevention and Control.

Following this week's spike, the health ministry subsequently announced that mask-wearing would be made mandatory from Thursday.

Italian former-Prime Minister Silvio Berlusconi, who was hospitalized after contracting coronavirus, says he is battling against a "hellish disease."

"I am fighting to come out of this hellish disease, which is very ugly," he said, adding that he "hopes to make it and to make a comeback." Berlusconi, 83, has been hospitalized with the disease since Friday.

COVID-19 hospitalizations in France are on the rise, as the disease has spread at its fastest pace since it emerged in the country.

The number of people taken to the hospital with the virus was up by 43, increasing for the 11th day in a row to reach a one-month high of 5,003. The number of patients in intensive care units also rose by 25 to 599, a level not seen since the end of June.

Americas
US President Donald Trump was aware of the severity of the coronavirus threat in February when he was telling the nation that the virus was not worse than the seasonal flu, according to a new book by Washington Post journalist Bob Woodward.

''You just breathe the air and that's how it's passed,'' Trump said in a February 7 call with Woodward. The audio of the call was released to the media.

''And so that's a very tricky one. That's a very delicate one. It's also more deadly than even your strenuous flu,'' Trump is heard saying. ''This is deadly stuff,'' the president repeated.

Trump told Woodward on March 19 that he deliberately minimized the danger of coronavirus. ''I wanted to always play it down,'' the president said.

Woodward's book is based in part on 18 interviews that Woodward conducted with Trump between December and July.

South America
Brazil's acting health minister, Eduardo Pazuello, said that a vaccine would be rolled out for all Brazilians in January 2021. President Jair Bolsonaro earlier said that taking the vaccine would not be compulsory once it is available. Brazil has the third-highest infection tally, with over 4 million confirmed cases and over 127,000 deaths.

Venezuelan President Nicolas Maduro has proposed giving 14,400 election candidates a Russian vaccine "so that they can take to the streets and campaign from neighborhood to neighborhood safely," he said in a televised speech.

Middle East
Israel began a week-long campaign of night curfews and school closures in several towns and neighborhoods with high coronavirus counts. The curfews are in effect from 7 p.m. until 5 a.m.

Most of the 40 zones subject to the partial lockdowns are identified with Israeli Arabs or ultra-Orthodox Jews, minorities where crowding has helped spread the pandemic. Some government officials have called for a nationwide lockdown if the partial measures fail.

Asia
India announced the partial reopening of schools from Sept. 21 for students between 9th and 12th gade. The final decision will be left to parents, who will have to provide written permission for their children to go to school.

The decision comes despite India taking on the world's second-highest infection tally and a consistent rise in cases. The country has recorded over 4.3 million cases and a death toll of nearly 74,000.

Thailand said it had tested nearly 600 people potentially exposed to the country's first domestic case in over three months, but has so far found no new infections. The 37-year-old man had worked as a nightclub DJ at three different venues in Bangkok in the two weeks before he tested positive on arrival in prison, following a recent conviction.

Africa
Nigerian resident doctors began their second strike of the year over pay and working conditions. Nigeria, a country of 196 million people, has recorded over 55,000 cases and over 1,000 deaths.

Zimbabwe's biggest nurses union said it was encouraging its members to end a three-month strike overpay. The strike, which started in June, forced major hospitals to turn away patients.

The Zimbabwe Nurses Association, which has more than 16,000 members, called for the strike to force the government to pay US dollar salaries in light of an 800% inflation rate, but authorities say they are unable to do so.