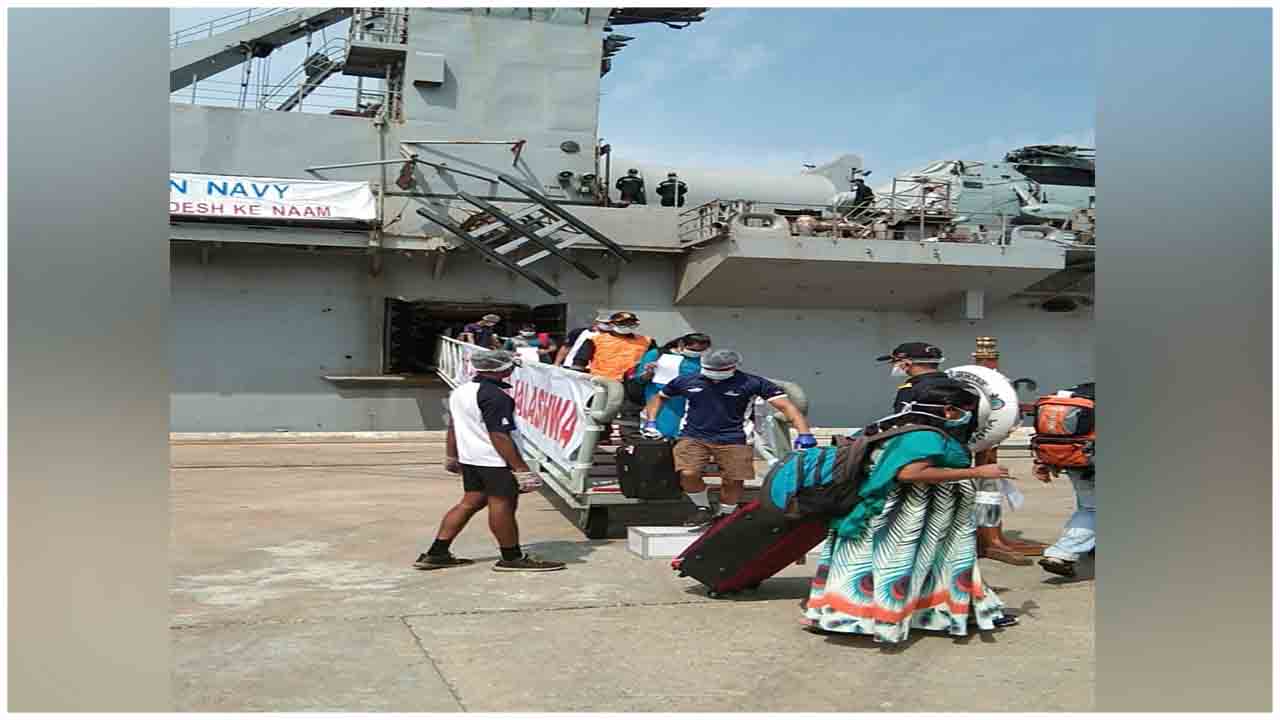 INS Jalashwa berthed alongside at Cochin Port Trust at 11:30 am and was received by the personnel from Indian Navy, State Government, District Administration and Port Trust. Extensive arrangements were also made by the Port authorities for streamlining the process of COVID screening and immigration procedures as also by the civil administration for transportation for the evacuated Indian nationals to respective districts/States for further quarantining.

INS Jalashwa had embarked Indian citizens at Male on 15 May 20 as part of the Indian Government's national efforts to facilitate return of Indian citizens from foreign shores. The ship's scheduled departure on 15 May was delayed due to inclement weather, accompanied by heavy rains and strong winds and the ship had departed Male on 16 May 20.

Meanwhile it has been decided, as a part of Vande Bharat mission, two flights to Delhi and Bengaluru will be operated this week from Maldives capital of Male bringing back another three hundred Indian nationals. Indian high commission in Male said the Air India flight to Bengaluru will operate this Friday while flight to Delhi will be operational on Saturday. Both the flights will carry 149 passengers including eight in business class. The Bengaluru flight will carry people domiciled in Karnataka and some from Tamilnadu and Andhra Pradesh while Delhi flight will carry people from Delhi, Haryana and Chandigarh. The names of shortlisted passengers will be announced tomorrow evening.

Indian high commission in Male said that priority would be given to those facing deportation by Maldives government, medical emergency, pregnant women, elderly, stranded tourists and people affected by family emergencies like deaths. Earlier, around 1500 Indian nationals were evacuated from the neighboring country by three Indian navy ships as part of Samudra setu mission. INS Jalashwa had reached Kochi yesterday with 588 people while it brought 698 people on its first voyage last Sunday. INS Magar had reached Kochi with 2020 people last Tuesday.

All regular passenger services including Mail, Express, Passenger and Suburban Services will remain cancelled till 30th of next month. The fourth phase of lockdown will continue till 31st May.