Which is the correct way to sleep? Back, side or stomach? 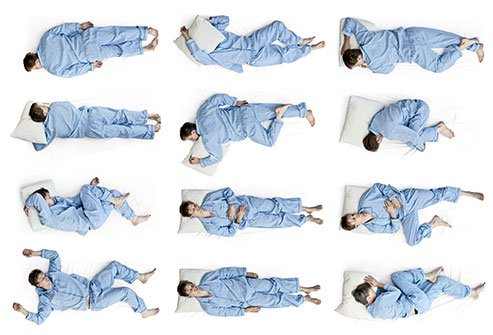 A night of good and deep sleep is very important for your health. Along with how much we sleep, it is also important that how we sleep. Yes, sleeping in the wrong way can also be the reason for many of your problems.

Do you feel pain somewhere when you wake up in the morning even after getting 8 to 9 hours of sleep? Snoring or shortness of breath while sleeping? Burning in the chest? Do you have nightmares? The reason for this could be the way you sleep. Have you noticed that you like to sleep on your stomach or on your back?

There are many gold positions and they all have their advantages and disadvantages.

Sleeping on the back

Some studies believe that sleeping on the back does not cause wrinkles on the face quickly.

While sleeping in this position, the spine of your body gets support from the mattress. The force of your weight is uniform on the whole body and the head, neck, spine remain in a straight line.

Along with this, this method of sleeping is also effective in reducing the risk of acid reflux because due to gravity, food and acid are prevented from reaching the food pipe.

When can sleep on your back cause problems?

Sleeping on your back can increase snoring and difficulty breathing during sleep.

Take care of this while sleeping on the back

Try to sleep without a pillow or you can use a pillow under your knees.

Sleeping on your side

Sleeping on your side can also reduce the risk of neurological diseases like Alzheimer's and Parkinson's.

Most of us like to sleep on our side and according to experts, this way of sleeping is also better in terms of health.

According to a study, sleeping on your side can also reduce the risk of neurological diseases like Alzheimer's and Parkinson's.

Pregnant women are especially advised to sleep on their side. The American Pregnancy Association recommends that women sleep on their left side during pregnancy.

Sleeping on the left side during pregnancy increases the flow of blood and nutrients towards the placenta.

On the other hand, sleeping on the back can cause back pain, breathing problems, and heartburn in pregnant women.

Take care of this while sleeping on the side

While sleeping on the side, keep in mind that one knee should be above the other knee, the waist should not be bent while sleeping, the hands should also be properly.

Use a pillow, which can fill the space between your shoulders, head, and neck so that the neck does not hang down. You can use two thin pillows between your waist and knees to reduce the risk of back pain.

Sleeping on your stomach

Some people like to sleep on their stomach. However, sleeping on the stomach is not advised as it does not provide any support to the natural curve of the spine, as well as it puts pressure on the joints, muscles and there is a possibility of neck-back pain.

Take care of this while sleeping on your stomach

If you cannot sleep without sleeping on your stomach, then you should use a soft pillow or sleep without a pillow so that your neck remains properly.