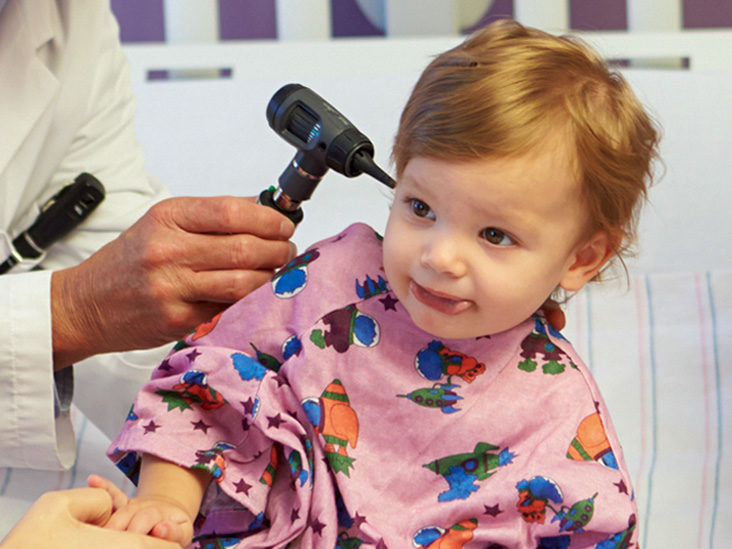 Comprises headphones, microphone, plus app; acceptable to children and parents

A wireless kit, comprising headphones, a microphone, and an app might be a cheap alternative to the usual treatment of the common temporary hearing loss in kids, popularly known as ‘glue ear,’ finds a small study, published in online journal BMJ Innovations.

It may avoid the need for surgery in many cases, and could cut down on clinic visits, by enabling parents to monitor their child’s hearing remotely at home, say the researchers.

Glue ear (otitis media with effusion), occurs when the middle part of the ear fills up with sticky fluid, usually, after a cough, cold, or ear infection, causing temporary hearing loss in one or both ears.

One in 10 children starting school in the UK or Europe will have some hearing loss caused by glue ear.

Current solutions are far from ideal. A grommet, or T-tube, is a small tube designed to drain fluid away and keep the eardrum open, but it requires insertion under general anaesthetic.

Around a third of children fitted with them will develop an infection as a result; and in a small percentage of cases, grommet insertion risks perforating the eardrum or permanent scarring.

And hearing aids that enable sound to vibrate through the skull bone directly to the cochlea (inner ear bone), so bypassing the eardrum and middle ear, are very effective. But they are expensive.

Bone conduction headphones, however, which are marketed to cyclists, allow sound from mobile phones to be directed straight to the cochlea while not blocking out vital sound from traffic, and are much cheaper.

The researchers wanted to find out if the commercially available Bone Conduction Kit, comprising a wireless headset plus microphone, paired with the freely available Hear Glue Ear app, would enable children and their parents to manage glue ear effectively at home.

The parents of 26 children diagnosed with glue ear and/or scheduled for grommet insertion in the local area during the first wave of the 2020 COVID-19 pandemic in the UK, were sent the kits and details of the app.

They filled in an Otitis Media Quality of life questionnaire within 3 weeks of kit receipt to assess the impact of ear problems on their children with and without the kit. Progress was monitored via remote virtual or phone consultations over the subsequent 3 months.

The children, who were all aged between 3 and 11, made up 82% of those on the local surgical list for grommet insertion. Their average level of hearing loss had been measured as mild.

Twenty families set up the kit successfully straight away; four others waited for a call. After the initial set-up, four families required additional help to use the kit later on.

In the 3 months before the kit was supplied, 19 sets of parents said their child’s hearing had been poor or very poor. None of the parents reported this while using the kit, with 24 reporting it as ‘normal’ or only  ‘slightly below normal’.

One family commented that the school took their child’s hearing more seriously as a result; one parent said the headset was a visual cue to others that their child needed support. But three mentioned schools needed more support, or more resources, to use the kit at school.

All families chose to keep the kit at the end of the study, even if the child’s hearing had improved. Most found remote management acceptable and thought their child had benefited.

The researchers acknowledge that the study was short term, didn’t include a comparator group, and only involved a small number of children.

But remote management of glue ear in this way has many advantages, they point out, including improving children’s hearing at an important stage of their development; reducing travel to clinics with small children; and enabling children to hear online learning more clearly.

“Innovative use of bone conduction headphones, a microphone and the Hear Glue Ear app, sent through the post to patients, is a novel, new and effective approach to the management of glue ear and its resulting hearing loss, especially when families have reduced access to audiology or Ear Nose and Throat (ENT) services, such as during the COVID-19 pandemic,” write the researchers.

Further larger scale studies are needed to look at the cost effectiveness and clinical effectiveness at scale, they say. But they add that this option might avoid the need for grommets in many cases of glue ear, while enabling mild, fluctuating cases to be offered early hearing support.