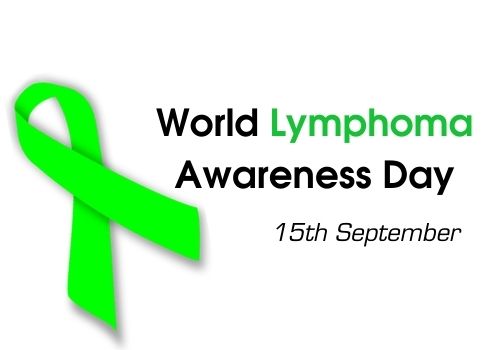 Hope is the only thing stronger than fear. Let’s pledge to communicate the correct information about lymphoma so that warriors can make the right decision about their treatment on this World lymphoma awareness day

The World Lymphoma Awareness Day (WLAD) is observed globally on September 15 every year. The day is dedicated to raising awareness about lymphoma, an increasingly common form of cancer, and the particular emotional and psychosocial challenges facing patients and caregivers suffering from different forms of lymphoma.

World Lymphoma Day was initiated in 2002 by the Lymphoma Coalition (link is external), a worldwide network of 83 lymphoma patient groups based in Ontario, Canada, whose mission is enabling global impact by fostering a lymphoma ecosystem that ensures local change and evidence-based action. One of their key activities is to provide a centralized hub of reliable current information and a platform for member organizations to share resources, best practices, policies and procedures.

Non-Hodgkin's lymphoma (NHL) is a common hematological malignancy. The age-adjusted incidence rates for NHL in men and women in India are 2.9/100,000 and 1.5/100,000, respectively. These are about one-fourth of the incidence rates reported from Western Europe or North America. Within India, the incidence is several-fold higher in urban cancer registries compared to rural areas; the incidence being higher in metropolitan cities and Indian immigrants suggesting that urban lifestyles and economic progress may increase the cancer incidence. The estimated mortality rate due to NHL is higher in India than in North America and Western Europe. Diagnostic and treatment delays, incorrect diagnosis and inappropriate or suboptimal treatment may be possible reasons for the poor outcome.

An overview of lymphoma

Lymphoma is a cancer of the white blood cells, called lymphocytes, and can involve both B-cells or T-cells/Natural Killer cells. But they can be broadly separated into two main types: low-grade or indolent or chronic, where the cancer cells grow and spread slowly; and high-grade or aggressive or acute lymphoma, where the cells grow and spread quickly but that have better cure rates as chemotherapy can effectively kill the cancer cells. While patients with low-grade lymphoma often react positively to treatment, the cancer is characterized by cycles of remission and relapse, which means that this type of lymphoma is generally considered incurable. However, it mainly affects patients over 60. This means that the person could die of other factors rather than directly from cancer. So, then it becomes a question of quality of life.

More than 735,000 people are diagnosed with lymphoma every year globally but there is a lot of misinformation around the disease and a great discrepancy in the quality of information among different regions. Access to the right information is very important so that warriors can make informed decisions about their treatment, lifestyle and other aspects of living with cancer. Let's pledge to communicate the right and apt information and not misguide them.