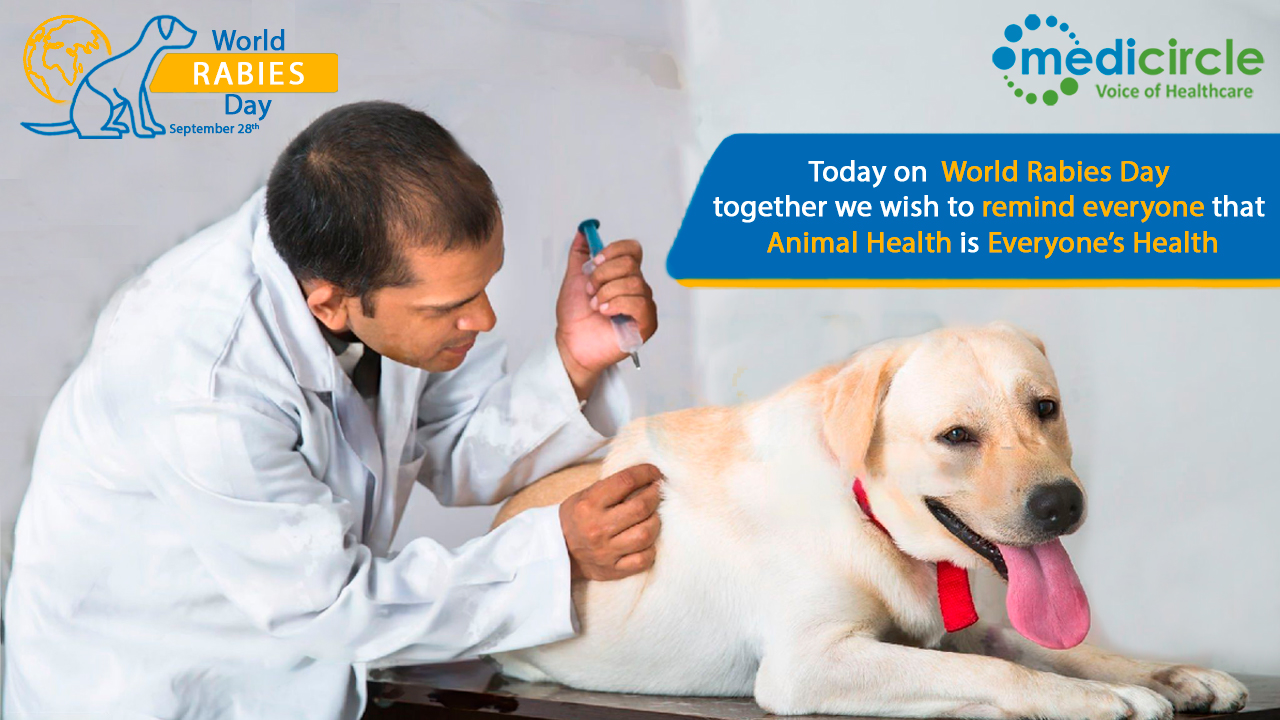 28th September 2022 is the 16th World Rabies Day. Despite being a vaccine-preventable disease, Rabies is a big problem in India. Rabies is the only disease that has a 100% fatality rate in India. Let’s be more aware of the disease and work towards the global mission of eliminating rabies by 2030.

World Rabies Day is marked every year on 28th September. It’s the 16th World Rabies Day this year. The annual celebration is to raise awareness about rabies prevention and highlight progress in defeating this horrifying disease. The day also marks the anniversary of Louis Pasteur's death, the French chemist and microbiologist, who developed the first rabies vaccine. Currently, there are safe and effective human and animal vaccines exist to eliminate human death from rabies.

This year’s theme ‘Rabies: One Health, Zero Deaths’ emphasizes the connection between environment, people and animals.

Rabies in India – A big problem

Rabies is a 100% vaccine-preventable disease. Nearly 60,000 people die from the disease around the world each year. India is endemic to rabies accounting for 36% of the world’s deaths which is somewhere around 18,000-20,000. About 30-60% of reported rabies cases and deaths in India occur in children under the age of 15 years as bites that occur in children often go unrecognized and unreported. Rabies is the only disease that has a 100% fatality rate in India.

Rabies in India is mainly caused due to large and unvaccinated stray dog population. Many of us love to feed stray dogs but are we enough responsible to vaccinate these dogs? The answer is No. Secondly lack of awareness regarding its prevention and treatment. According to a study, merely just a fraction of people knows what to do with dog bites and scratches. People don’t go to doctors, instead, they try to find cure in their homes and apply some paste or anything.

Apart from dogs, animals that transmit rabies to humans are cats, bats, and mongooses through bites and scratches. Symptoms generally appear sometime between one and three months later after being bitten. In rare cases, symptoms may manifest as quickly as one week or as delayed as one year. Some initial symptoms are weakness, fever, and headaches. Later on, it causes anxiety, confusion, hallucination, delirium, and insomnia. And this stage is typically fatal.