11th Ebola outbreak in the Democratic Republic of the Congo declared over: WHO 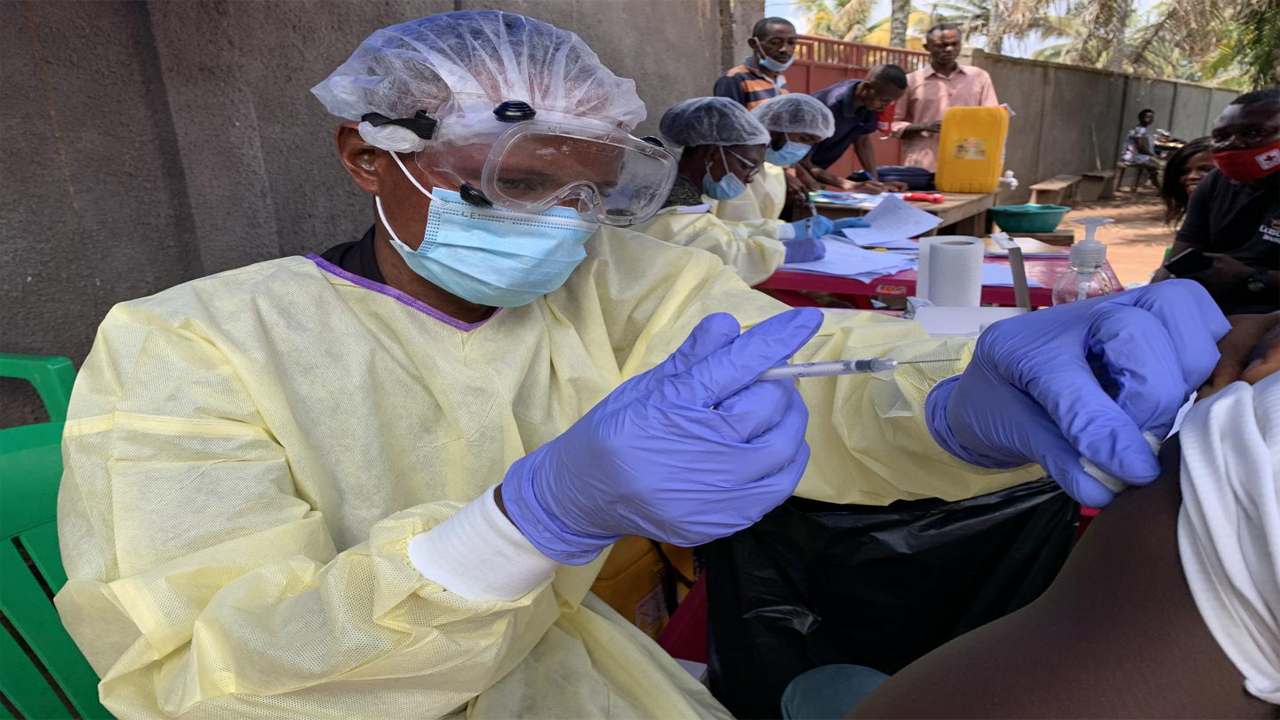 ▴ 11th Ebola outbreak in the Democratic Republic of the Congo declared over: WHO

These were surmounted due to the leadership of the government and local communities, supported by the WHO and partners

18th Nov marked the end of the 11th Ebola outbreak in the Democratic Republic of the Congo (DRC), nearly six months after the first cases were reported in Equateur Province. The outbreak took place in communities scattered across dense rain forests as well as crowded urban areas, creating logistical challenges. These were surmounted due to the leadership of the government and local communities, supported by the World Health Organization (WHO) and partners.

WHO congratulates responders and all those who tirelessly tracked cases, provided treatment, engaged communities and vaccinated more than 40,000 people at high risk and thanks a wide range of partners for their support. Vaccinators used an innovative cold chain storage to keep the Ebola vaccine at temperatures as low as -80 degrees Celsius. The ARKTEK freezers can keep vaccines at very low temperatures in the field for up to a week and enabled responders to vaccinate people in communities without electricity.

“Overcoming one of the world’s most dangerous pathogens in remote and hard to access communities demonstrates what is possible when science and solidarity come together,” said Dr Matshidiso Moeti, WHO Regional Director for Africa. “The technology used to keep the Ebola vaccine at super-cold temperatures will be helpful when bringing a COVID-19 vaccine to Africa. Tackling Ebola in parallel with COVID-19 hasn’t been easy, but much of the expertise we’ve built in one disease is transferrable to another and underlines the importance of investing in emergency preparedness and building local capacity.”

The outbreak in western DRC, announced on 1 June 2020, came as another Ebola outbreak in the eastern part of the country was winding down, and finally declared over on 25 June 2020. The two outbreaks were geographically far apart. Genetic sequencing analysis found that they were unrelated. By the end of the current 11th Ebola outbreak in Equateur Province there were 119 confirmed cases, 11 probable, 55 deaths and 75 people who had recovered.

Equateur Province was also the site of the country’s 9th Ebola outbreak, which was overcome in a little over three months in 2018 and had half as many cases reported. However, the response to the 11th Ebola outbreak had to contend with the COVID-19 pandemic, which strained resources and created difficulties around the movement of experts and supplies. There were also challenges around the large number of cases in remote communities which were often only accessible by boat or helicopter and at times community resistance hampered response efforts.

Under the leadership of the DRC government, most responders were mobilized locally, and they moved quickly, despite important logistical and access difficulties. Vaccination efforts began just four days after the outbreak was declared. Around 90% of the vaccinators were from local communities. The response also tapped into the expertise of local health workers trained during the two recent outbreaks in the DRC. Responders worked closely with community members to increase understanding of the virus by visiting more than 5,74,000 households and providing more than 3 million people with pertinent health and safety information.

At the height of the outbreak there were more than 100 WHO experts on the ground, supporting the government’s response. While the 11th outbreak is over, there is a need for continued vigilance and maintaining strong surveillance as potential flare-ups are possible in the months to come. In this regard, WHO and other partners are currently conducting important actions for improving critical operational capacities in Equateur province, including training frontline workers.

The end of this outbreak serves as a reminder that governments and partners must continue to focus attention on other emergencies, even as the fight against COVID-19 persists. There is a need for greater investment in strengthening the core capacities of countries in the implementation of the International Health Regulations. Enhancing preparedness will lead to improved response to threats arising from epidemic prone diseases and result in less social and economic impact.