Are you a startup looking to scale up? Know more from Kunal Soni, Founder, SaYourIdeas & Idya 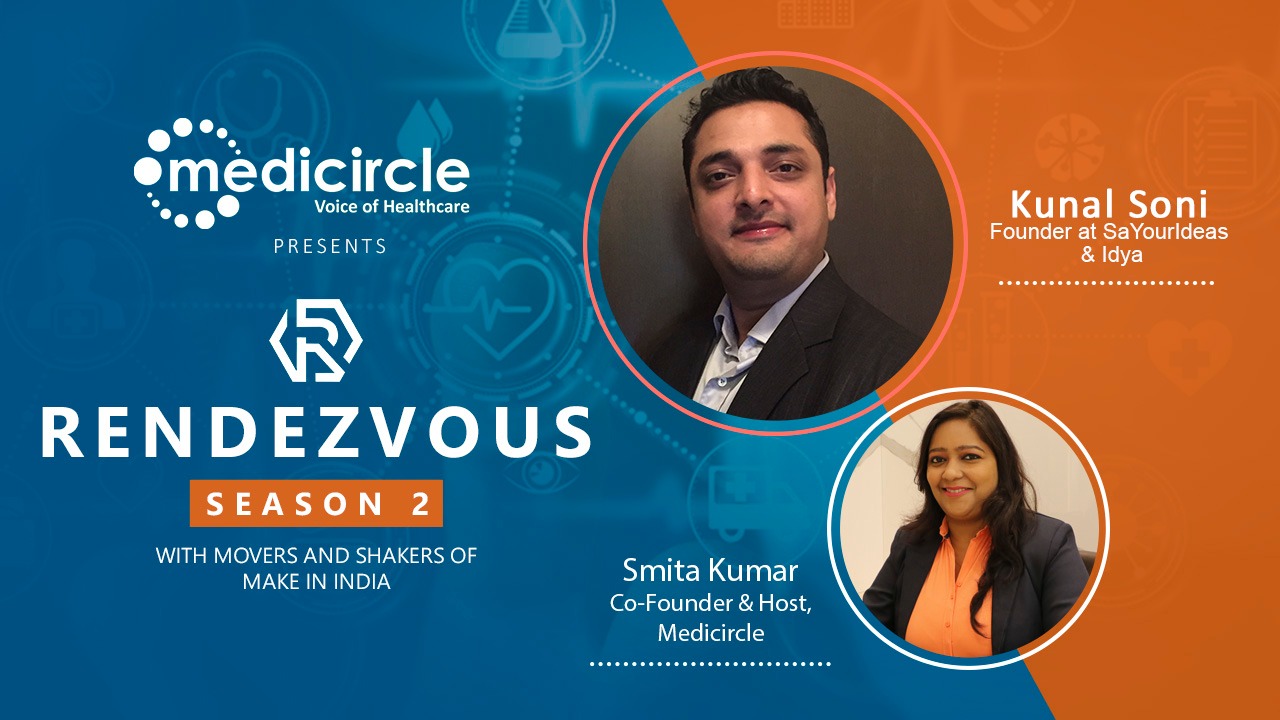 “India is a land of ‘Jugaad’ and the land of opportunities with real good people. I believe every corner in India has unique ideas and that is why I feel it has great potential,” says Kunal Soni, Founder, SaYourIdeas & Idya.

A startup is a company founded by one or more entrepreneurs who have an idea to develop a unique product or service and bring it to the market to be used for the benefit of the masses. Easier said than done but a startup requires many aspects like the right people to help you scale up, reel in the funding, investors, mentors, lots of support from friends and family, and a lot of perseverance to make it.

Kunal Soni, Founder, Founder, SaYourIdeas, is an Investment Banker and has worked with MNCs across India and London. He has done his masters from the University of Liverpool and has helped many startups for fundraising, mentoring consultancy, and business plans. He has been invited by IIT, NMIMS, TCET, Headstart, and many such names in Startup Fraternity in India. He started with SaYourIdeas which helps showcase your unique concepts and ideas to Investors, Mentors, Corporate companies, media, service providers, etc.

The mission of SaYourIdeas is to bring all unique ideas across the globe on one platform & provide them with any assistance they require to stand so basically SaYourIdeas has everything one needs to get their startup up and running without any hassles.

How did the idea of SaYourIdeas spring up? 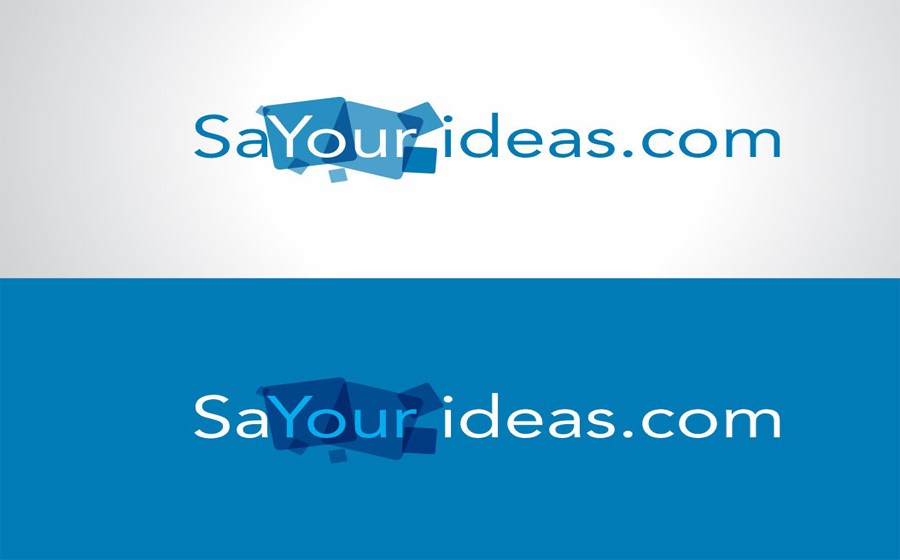 Kunal explains how he got the idea of starting with SaYourIdeas, “Actually this idea came to me when I was in Liverpool. So when you are a student and you have some free time, me and my bunch of friends used to discuss ideas and business plans. All of us came up with real good ideas and concepts for that location but we didn’t know how to begin as we had no support, no funding, so we were just a bunch who had ideas but did not know where to go. That led me to think that there should be something which can help students like me with ideas to get the support. I discussed the same with my friends in India and I found out that people here too had the same issue and it got me thinking as to why not start something on lines of this. The start up stage in India was very recent back in 2015- 2016 hence it was a good time to start this in India to help startups by funding, consulting, connecting them with co-founders and that is how I started,” he says.

India is a land of ‘Jugaad ’ and opportunities

Kunal believes that An Idea without Execution is just a wish and he goes on to present his views on the subject of whether India has potential in terms of ideas, “If you ask me about India, India is a land of ‘Jugaad’ and the land of opportunities with really good people. I believe every corner in India has unique ideas, the reason why I feel so is that it is diverse in terms of people, culture, the kind of exposure that India has, so I feel it has great potential. There is no such platform which is supporting the ideas in the real early stage, so I think in India there is great potential but what India needs is people who can back such kind of quality ideas and not the copycat ones. I’ll give you one statistic, despite a huge population and skilled workers, India still stands at 23rd position for the startup ecosystem in the world, so why this huge gap? Of course, there is a huge gap but it is not the government which will do the complete thing though it is doing a great job with Start-up India, Atmanirbhar Bharat, Make in India but it has to be coming from you, from the people, startups, investors, funding and in fact friends and families of the person of an entrepreneur need to help and support them. What I mean by this is, buy their product, test them, give honest feedback, and gift them with something which will be useful to them. I will give you a simple example: one of a startup which came to us, they were into health drink and this guy was from a small town, out there he always used to consume this health drink with local vegetables and Indian ayurvedic ingredients and I felt this is a really good product and why can’t we launch this in the cities? So I met him and told him to showcase the product to a few people and they will buy it, will you be ok to scale this and produce more of that. He initially felt that I am pulling his leg but eventually it helped him and currently he is serving more than 1000 customers a month and I think he is pretty good now. We are helping him to get the next round of funding. So I feel India has a place of quality ideas, really good people, what is required is to showcase those ideas to people. Don’t be shy or worried about what others might think about it at the same time do not copy ideas from the US and UK, if you have an original idea or even a jugaad and you believe that you can scale it up you should go ahead and speak about it to the right people. With the current COVID situation we have seen so many local businesses coming forward. For example, if you go to a mall, there are sensor-based sanitizers, and what did India do? We just came up with a pole and pulley system where you put a foot paddle to dispense the sanitizer without touching it, so this is jugaad and a great one which is a great business now,” he says.

Like in a marriage, it is important to have a compatible co-founder

Kunal strongly believes that having a compatible co-founder helps startups in scaling up easily and smoothly. “It is like a marriage when you have a great partner or co-founder, your start-up will grow and the founder will have fewer burdens on their head and this will automatically build a culture in your office which will be similar to what an MNC has. One thing which is very important to find in a co-founder is to be exactly opposite of each other, whatever skills you have try and find the opposite set of skills which are required in your startup. For example, I am a finance guy, but I do know a bit about marketing and tech but I do not know much about technology or about coding or AI so I just found out a few people through friends and connections and that is how we build and take the ideas forward. That is how it works. This was a major reason that we had launched co-founders matchups that were back in August 2016 where we had called 40 start-ups and 40 techs and marketing personnel who wanted to become a co-founder. I think a good co-founder is not only happy to scale up but also helps you to grow with the start-up and the whole team as well. There are many other platforms that help in finding the right co-founders. But you need to have the roles, responsibilities clear with them, you might want to share a certain amount of equity or responsibility with them or what are your expectations, you need to be clear with them in the very beginning to avoid having troubles later on,” he says.

Launching a new platform idya.in - a social network of ideas 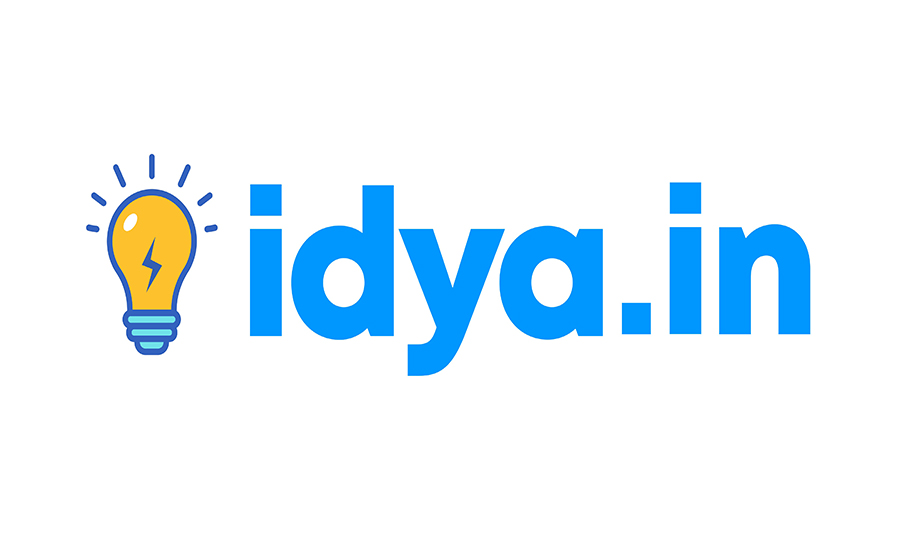 Kunal throws light on the matter, “We all are using a lot of social media accounts, so idya.in is a social network of ideas wherein someone can put in their ideas and people can tell them whether it is a good idea or not. We thought about it and found that there is no such platform that promotes your idea. LinkedIn is pretty much on the same lines but their focus is more on jobs, pushing your start-ups, showcasing your professional achievements in public. So we wanted to see a way out for, say if I have a problem out here, that I am unable to find news specific to medicine or pharma what should I do? I can start Medicircle, what do you guys say? Is it good or bad? It can be a podcast or interview, and if your friends from the same industry can tell you what they think that maybe they would want to see something like this be available or guide you why don’t you use XYZ platform for podcasts or contact this person for your first interview and so on. Most of the platforms today are focusing on looks and your appearances, how you behave or throw attitude on the camera so we felt there should be something good going ahead for our youngsters who have really good ideas and want to do something out of the box, to get them support.  This idea came from one of my teammates and then we brainstormed it. To make use of the social network platform; you just put in 3 parts:

Just these 3 parts and showcase it to people let’s see how they behave and interact, are they using similar ideas or are they using something else or if they find it really interesting, would they be interested in joining in pursuing this idea into actual business. So going ahead people will be recognized more on the basis of their innovations where they are more pushed towards innovation, unique or how good they are in their ideas and how well they are solving their problems and it is open for everyone,” he says.

Kunal goes on to say, “Currently idya.in is on beta stage, we have kept it closed for people, it is just on invite - only basis right now but as soon as we launched we got 58 users in 3 weeks through friends and families. It can be made available to the readers of medicircle.in by a special invite which I shall share. And once we get some good feedback from X number of users then we expect it to be live by December 2020,” he says.

Ideas will change your life and make you a new person

Kunal advises everyone to stay home and stay safe under the current pandemic situations, “I think any crisis brings certain changes in the society which brings great ideas and roads for a great beginning, so I am sure this current crisis will also do the same. I would just like to tell the readers and viewers to keep a check on the problems around you for new and really good ideas. And those ideas will change your life and bring in a new person in you and that is what will show you what you can do in the future,” he says.

To join IDYA, a platform for ideators, mentors, service providers, click on the below-mentioned link.
https://www.idya.in/signup?i=AoUBfGn9-2