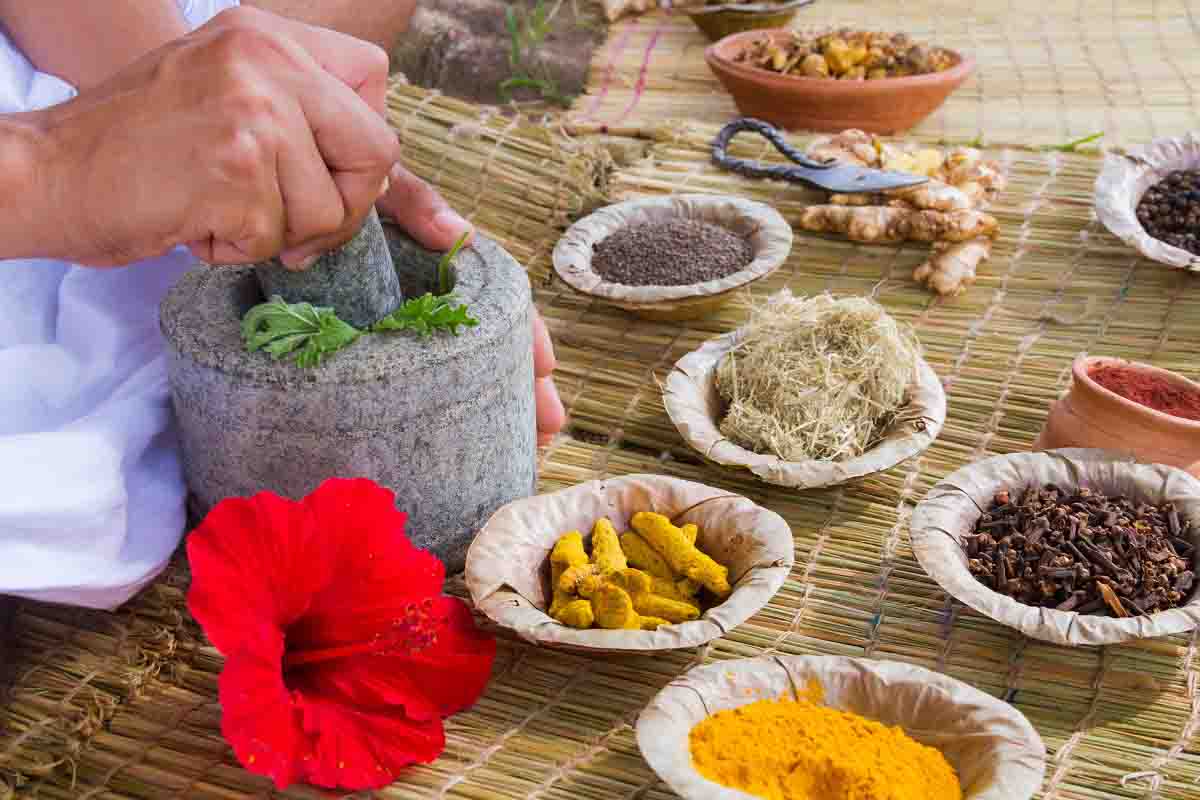 Ayurveda has been an integral part of Indian healthcare. Learn about the Ayurveda Startup Challenge and about the prominent Ayurvedic startups.

Ayurveda has been an integral part of Indian healthcare, particularly in rural areas where medical infrastructure and doctor to patient ratio is abysmal. The use of traditional medicines has been prevalent in many countries around the world, especially in countries that originated from ancient civilizations like India and China. In 2019, WHO reported that nearly 90% of its member states (179 countries) rely on traditional medicines. Ayurveda, Ayur (life) and Veda (knowledge), was the way of life in ancient India.

This ancient way of healthy living has benefited Indians and millions of people around the world. To date, many of India’s most trusted brands find their inspiration from Ayurveda. Be it Dabur (launched 1884), Amrutanjan (launched 1893), Baidyanath (launched 1917), Himalaya (launched 1930) or VICCO (launched 1952). The global market of Ayurveda is worth $20 billion and is expected to reach $5 trillion by 2050.

To further promote Ayurveda startups, the All India Institute of Ayurveda (AIIA) has with Startup India launched the Ayush Start-up Challenge. They estimate that the AYUSH market is going to increase by 50% in the next 5 years. The winners under its 3 categories, Ayush Food Innovations, Ayush Bio-instrumentation (Hardware solutions) and Ayush IT Solutions (Software solutions), not only win cash prize of Rs 1 lakh but also get the opportunity to get incubated with AIIA which is under the guidance of Ministry of AYUSH. The runner-ups get the chance to win Rs 50,000.

A few prominent Ayurveda-based startups that are dominating India’s startup scenes are Patanjali and Kama Ayurveda. The former started as a Khadi brand and has evolved into selling Ayurvedic-based skincare products. KivaShots is an Ayurvedic based beverage company that can thwart the likes of Coca-cola which are loaded with sugar and artificial colouring.

Made with herbs like green tea and basil, Organic Smokes by Mea ame can help you quit your smoking habits. Brands like Avika Superfoods can bring the Ayurvedic formulations of lemon, honey, amla and cinnamon into ready-to-drink Ayurvedic shots. Ventures like Gynoveda, offers an intersection of gynaecology and Ayurveda.

Products made with Ayurvedic principles are natural, cruelty-free and with zero chemicals. Will such startups help many Indians rediscover health and connect with their roots?