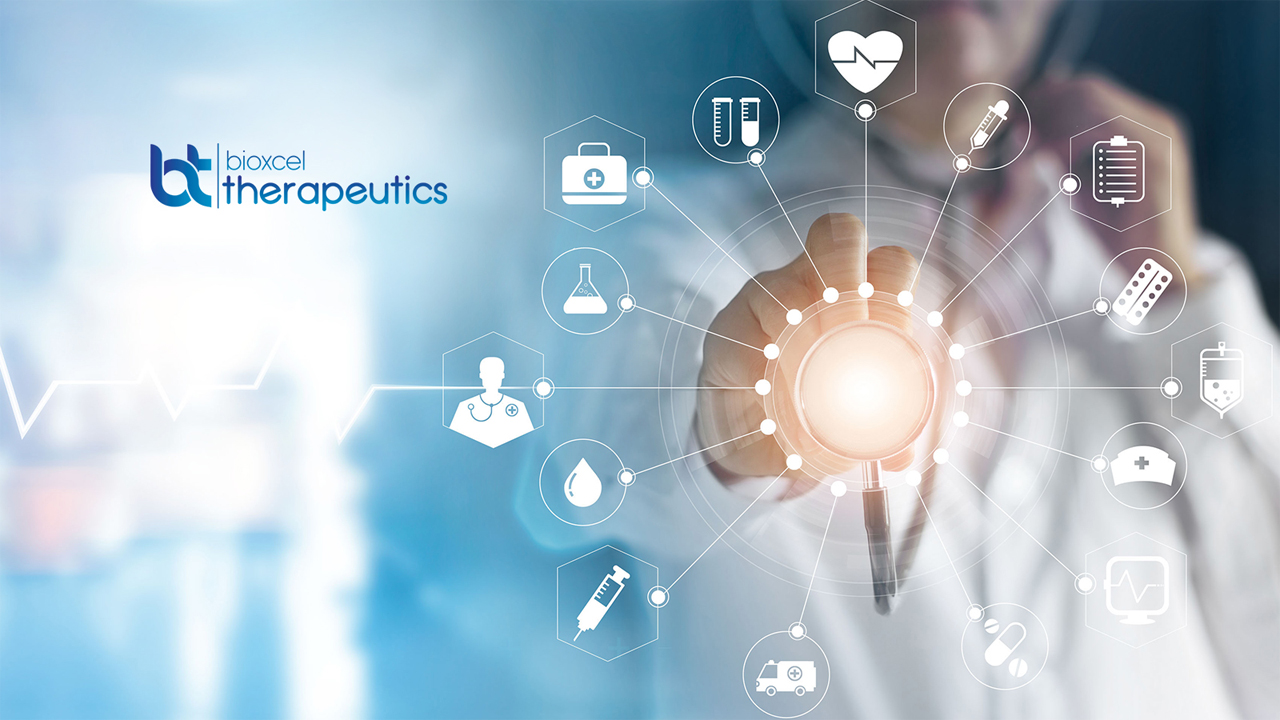 BioXcel Therapeutics announced that it has completed its pre-NDA meeting with the FDA for BXCL501 for the acute treatment of agitation in patients with schizophrenia and bipolar disorders.

BioXcel Therapeutics, Inc., a clinical-stage biopharmaceutical company utilizing artificial intelligence to identify improved therapies in neuroscience and immuno-oncology, today announced that it has completed its pre-NDA meeting with the FDA for BXCL501 for the acute treatment of agitation in patients with schizophrenia and bipolar disorders.

BXCL501, which received Fast Track designation from the FDA, is the Company’s novel, proprietary, orally dissolving, sublingual thin film formulation of dexmedetomidine (“Dex”). The purpose of the meeting was to discuss the FDA’s expectations regarding the content and formatting of the NDA submission to ensure that all requirements for a complete application are met.

Prior to the meeting, BTI submitted a pre-NDA briefing document to the FDA that outlined the Company’s preliminary data package, including clinical safety and efficacy, non-clinical results, Chemistry, Manufacturing and Controls (“CMC”), and other regulatory elements. After receiving the FDA’s feedback, the Company believes its regulatory data package will be sufficient for the submission of its NDA.

The FDA also agreed to a rolling review of the NDA, allowing the Company to submit completed sections of the application early. BTI has already submitted part of the NDA to the FDA, which included non-clinical and product brand name content, with plans to submit the complete application in the first quarter of 2021.

“Based on the outcome of the pre-NDA meeting with the FDA, we are on track to submit a complete application to the FDA in the first quarter of 2021,” commented Vimal Mehta, Chief Executive Officer of BTI. “As an oral, non-invasive product candidate, we believe BXCL501 is highly differentiated from the current standard of care and, if approved, will provide health professionals with the potential to target an underlying cause of agitation without the side effects seen with other medications. This NDA submission, once completed, will move BTI one step closer to bringing BXCL501 to the millions of patients suffering from agitation.”

BTI previously announced positive topline results from its Phase 3 randomized, double-blinded, placebo-controlled, parallel-group, adaptive studies (SERENITY I & SERENITY II) investigating the efficacy and safety of BXCL501 as an acute treatment for agitation in patients with schizophrenia and bipolar disorders. In both studies, BXCL501 consistently showed statistical superiority over placebo for the primary, secondary, and all exploratory endpoints. Both patient populations responded quickly to BXCL501, demonstrating statistically significant and clinically meaningful improvement in agitation beginning as early as 20 minutes in patients with bipolar disorders at both dose levels (120 mcg and 180 mcg), and as early as 20 minutes in patients with schizophrenia for the 180 mcg dose level. In addition, the duration of the response lasted for at least four hours after treatment.

BXCL501 was well tolerated in both SERENITY trials. Overall, the most commonly reported adverse events from both trials were somnolence, dry mouth, and dizziness. All adverse events were characterized as mild or moderate in severity and none required further intervention or monitoring.

BXCL501 is an investigational, proprietary, orally dissolving, sublingual thin film formulation of dexmedetomidine, a selective alpha-2a receptor agonist for the treatment of acute agitation. BTI believes that BXCL501 directly targets a causal agitation mechanism, and the Company has observed anti-agitation effects in multiple clinical studies across several neuropsychiatric disorders. BXCL501 has been granted Fast Track Designation by the U.S. Food and Drug Administration for the acute treatment of agitation in patients with schizophrenia, bipolar disorders, and dementia. BXCL501 is being evaluated in a Phase 1b/2 trial (TRANQUILITY) for the acute treatment of agitation associated with geriatric dementia, and in a Phase 1b/2 study (RELEASE) for the treatment of opioid withdrawal symptoms. The Company also plans to initiate a Phase 2 trial in hospitalized patients suffering from agitation associated with delirium within the next several months.

This press release includes “forward-looking statements” within the meaning of the Private Securities Litigation Reform Act of 1995. Forward-looking statements in this press release include but are not limited to the timing of BTI’s submission of its NDA to the FDA, the potential commercialization of BXCL501, and BXCL501’s ability to treat those suffering from agitation. When used herein, words including “anticipate,” “being,” “will,” “plan,” “may,” “continue,” and similar expressions are intended to identify forward-looking statements. In addition, any statements or information that refer to expectations, beliefs, plans, projections, objectives, performance, or other characterizations of future events or circumstances, including any underlying assumptions, are forward-looking.

These forward-looking statements are based on management’s current expectations and beliefs. These statements are neither promises nor guarantees, but involve known and unknown risks, uncertainties and other important factors that may cause BTI’s actual results, performance or achievements to be materially different from any future results, performance or achievements expressed or implied by the forward-looking statements, including, but not limited to, the following: its limited operating history; its incurrence of significant losses; its need for substantial additional funding and ability to raise capital when needed; its limited experience in drug discovery and drug development; its dependence on the success and commercialization of BXCL501 and BXCL701 and other product candidates; the failure of preliminary data from its clinical studies to predict final study results; failure of its early clinical studies or preclinical studies to predict future clinical studies; its ability to receive regulatory approval for its product candidates; its ability to enroll patients in its clinical trials; undesirable side effects caused by BTI’s product candidates; its approach to the discovery and development of product candidates based on EvolverAI is novel and unproven; its exposure to patent infringement lawsuits; its ability to comply with the extensive regulations applicable to it; impacts from the COVID-19 pandemic; its ability to commercialize its product candidates; and the other important factors discussed under the caption “Risk Factors” in its Quarterly Report on Form 10-Q for the quarterly period ended June 30, 2020, as such factors may be updated from time to time in its other filings with the SEC, which are accessible on the SEC’s website at www.sec.gov and Investors sections of our website at www.bioxceltherapeutics.com.