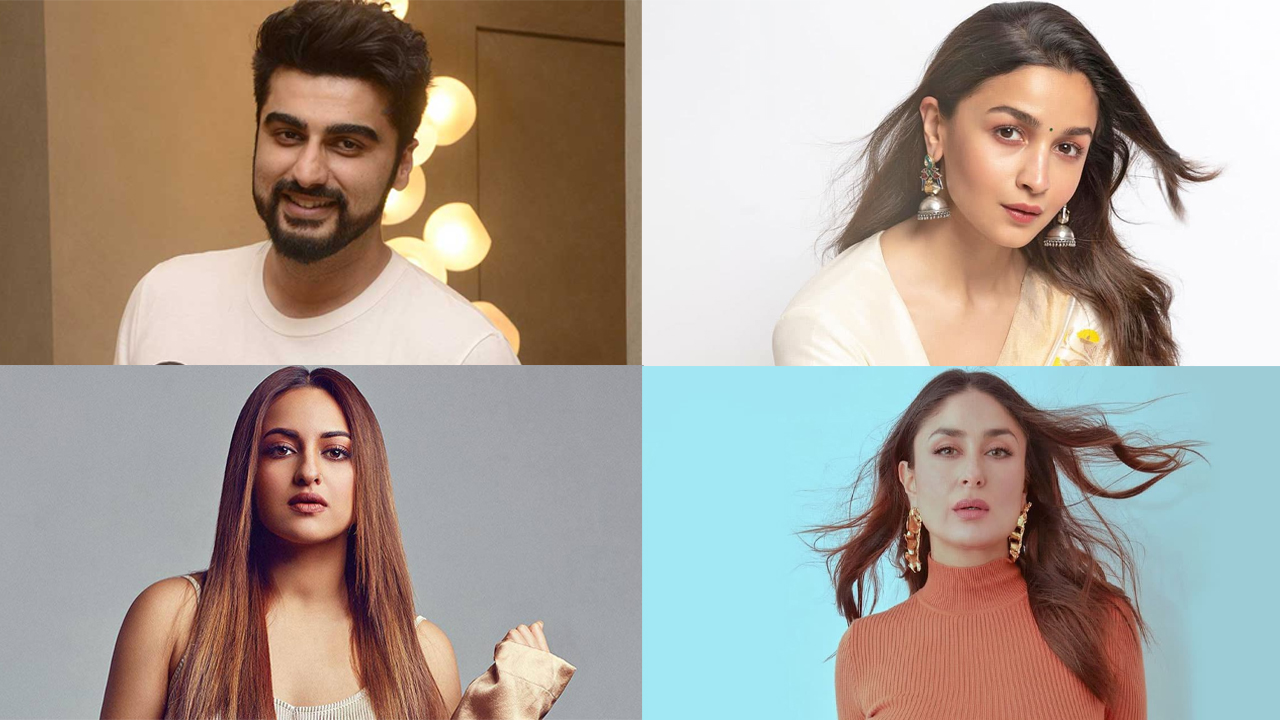 Improving your entire family's eating and exercise habits is one of the most effective ways to reduce childhood obesity. Childhood obesity can be treated and prevented, which helps to protect your child's health now and in the future.

Some of Bollywood's heartthrobs nearly broke the scales as children. Still not convinced? Despite their bulging bellies and incredulous double chins, these spoiled children have grown into handsome young men and women with perfectly sculpted bodies and enviable curves. The effort required was enormous, despite the spectacular results that captivated the world. Here are some of Bollywood's brightest stars who battled childhood obesity. Take some motivation!

Arjun Kapoor struggled with his weight. The lad weighed 140 kgs and couldn't even bend to tie his shoe laces! Arjun managed to lose 50 kgs and shine on screen in his first film, Ishaqzaade, thanks to a lot of dedication, hard work, and advice from none other than Salman Khan.

Sonakshi Sinha is a Bollywood actress. The curvy actress, who is now proud of her curves, went through nearly two years of intense workouts to lose 26 kilograms! She made her acting debut opposite Salman Khan.

Kareena Kapoor Khan Nobody can imagine Mrs. Kapoor Khan in a fat avatar, despite her stunning figure. She was a chubby girl before she became famous for the size-zero craze. Kareena struggled as a teenager with her chubby cheeks and bulging arms. But through hard work, dedication, and power yoga, she was able to lose all of the weight.

Alia Bhatt, who made her film debut in Student of the Year as a slim and trim popular girl high school student, had to go through a rigorous workout regimen to achieve her look. Before she could show off her talent on the big screen, the 21-year-old actress had to lose 16 kilograms.

Obesity in children and adolescents is a serious medical condition that affects them.  It's especially concerning because the extra pounds can lead to health issues that were once considered adult issues, such as diabetes, high blood pressure, and high cholesterol. Obesity in children can lead to low self-esteem and depression.

Obesity is a complex disease characterized by an excess of body fat. Obesity is more than a cosmetic issue. It's a medical condition that raises your risk of developing other diseases and health issues like heart disease, diabetes, high blood pressure, and certain cancers.

Many factors, usually in combination, increase your child's chances of becoming overweight:

Children who do not exercise regularly are more likely to gain weight because they do not burn as many calories as those who do. Too much time spent in sedentary activities, such as watching television or playing video games, also contributes to the problem. TV shows frequently feature advertisements for unhealthy foods.

Your child may be more likely to gain weight if he or she comes from a family of overweight people. This is especially true in a setting where high-calorie foods are readily available and physical activity is discouraged.

Consuming high-calorie foods on a regular basis, such as fast food, baked goods, and vending machine snacks, can cause your child to gain weight. Candy and desserts can also contribute to weight gain, and there is mounting evidence that sugary drinks, including fruit juices and sports drinks, are contributing factors to obesity in some people.

Personal, parental, and family stress can all increase a child's chances of becoming obese. Some children overeat in order to deal with problems or emotions such as stress or to avoid boredom. Their parents may exhibit similar traits.

For a variety of reasons, some people find it difficult to lose weight. Obesity is typically caused by a combination of genetic, physiological, and environmental factors, as well as dietary, physical activity, and exercise habits.

The good news is that even minor weight loss can help or prevent obesity-related health problems. Weight loss can be aided by a healthier diet, increased physical activity, and behavioral changes.