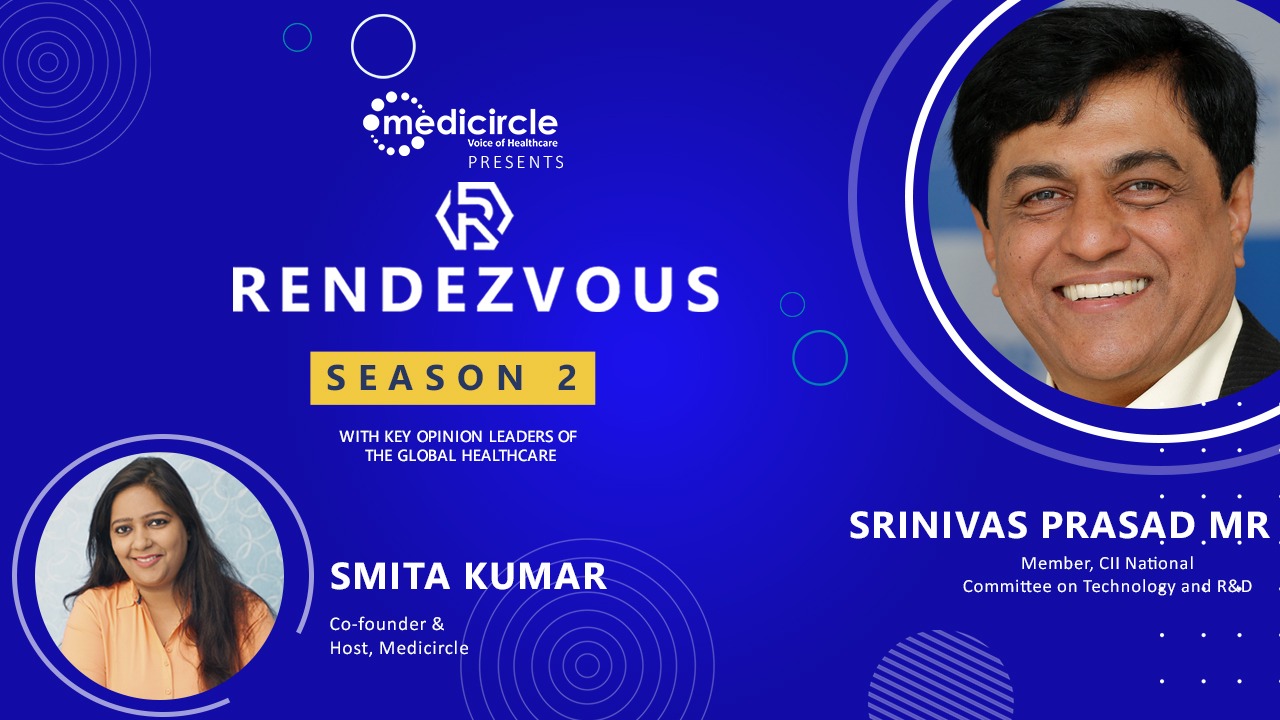 “Playing cricket shaped me as an individual to play hard but fair, play to win, stay calm under stress, put the team ahead of oneself,” says Srinivas Prasad M R, Member, CII National Committee on Technology and R&D.

Research and development (R&D) is the process by which a company works to obtain new knowledge that it might use to create new technology, products, services, or systems that it will either use or sell.

Srinivas Prasad M R, Member, CII National Committee on Technology and R&D is an Innovation and Transformation Leader. He is a former CEO of Philips Innovation Campus, and a Former State and India Cricketer, who played for South Zone against West Indies and England, and Karnataka in the Ranji, Irani Wills Trophies.

CII’s National Committee on Technology works in various areas like technology promotion, facilitating Industrial R&D and Industry’s investment in R&D, for implementing technology projects benefiting society and common man all towards creating an innovation ecosystem in the country and many more. It was constituted way back in the early nineties and the Chairman of CII’s first National Committee on Technology was Dr. APJ Abdul Kalam.

Srinivas shares his experience of working and learning over the years with giant brands, “It has been a great learning and a humbling life experience. During my corporate career, I was fortunate to have worked for an Indian public sector telecom company, a leading French Telecom brand, a Japanese consumer electronics giant, a leading privately-held US Financial Services Company, and a Dutch healthcare leader. The career switch between these companies not only entailed working in a new domain but more importantly making cultural adjustments in the new environment in order to be successful. The first year in each of these companies was difficult as I had to re-establish myself all over again in a totally new environment. For example, when I joined Philips, I did spend several hours daily talking to doctors, customers, several experts within the company to understand the products, services, technology, business models, competition, and taking online courses every night on human anatomy and healthcare technology. To understand the culture and the challenges across an organization it is as important to connect and talk to people across the teams as much as it is to connect with people who are influencers and decision-makers. However, during this phase when one is trying to establish their foothold in a new company, it is imperative to create value leveraging your strengths. One way is by bringing in new ideas leveraging your past experiences, even better if it is from a different industry, so as to fuel innovation. I don’t like to be in my comfort zone, and the motivation to shift across domains and cultures was the adrenalin flow resulting from making a difference by transforming the new organization and by doing something new and different. I believe that learning is a continuous additive process. The key to learn and innovate is by connecting the knowledge dots differently by combining existing and new knowledge that you assimilate. If you make this a habit then you can learn faster, innovate faster and can adapt quickly to different environments, and be successful at doing it,” he says.

Playing cricket shaped me as an individual

Srinivas throws light on the subject, “I started playing cricket at a very young age for the school junior team and then went on to captain the senior team. I soon realized that when you represent an organization whether it is the school, the state, or the country in sports, there is a lot of emotion that is involved with people around you. You jolly well give your best and play to win. It was an honor to represent the state and later the country. It was hard work to get there. There were a lot of wonderful people to help me along the way like the legendary GR Viswanath and the versatile Brijesh Patel, whom I was fortunate to play with for several years. The most fulfilling moment was when we won the Ranji Trophy and the Irani Trophy in 1983, with great teamwork! It was a proud moment when I was selected to play for India A team for the tour of Zimbabwe in 1984 along with the likes of Ravi Shastri, Azharuddin, Srikanth, Siddhu, and others. It was an enriching experience playing alongside them. Playing cricket shaped me as an individual to play hard but fair, play to win, stay calm under stress, put the team ahead of oneself, help others in the team to succeed, have a well thought out game plan, and ensure that a failure spurs you on to do even better. These were some learning that helped me later grow as a leader in my professional career,” he says.

The huge paucity of doctors and nurses in India

Srinivas puts forth his thoughts on measures that should be taken for the Rural Population in terms of healthcare, “Over 70% of the Indian population lives in rural India and they are served by only 30% of the doctors. There is a huge paucity of doctors and nurses in India. We still need close to double the number of clinicians and hospital beds that are currently available to cater to the health of 1.25 billion Indians. There are several initiatives that have been kicked off by the government starting with the approval of the new health policy by the cabinet in 2017and the plan to create a healthcare data highway by 2025 to connect all the hospitals across the country. This I believe is critical for data-driven healthcare delivery and needs to be accelerated. Ayushman Bharat Yojana which is targeted to provide an insurance cover of 5 Lakh rupees each to 50 crore families is a great step by the government, however, while improving the quality of care, the execution and the accountability could be streamlined to make this more efficient. I thought it was a brilliant idea recently, to equip railway coaches with hospital beds to cater to COVID patients. This idea could be explored further – whether large shipping containers or railway coaches could be an effective way of going forward to bridge the gap in hospital beds we have in the country. The cost of healthcare devices needs to come down drastically. To accelerate the design and manufacturing of healthcare products in the country there is a need to further streamline the approval process for setting up new companies in the country. A relook at the import duty structure and a boost in the form of tax sops to the ancillary sector especially sheet metal, high precision machine tooling, electronic components, the semiconductor industry, and healthcare startups is the urgent need of the hour. For this to happen I think that the government’s forecasted spend of 2.5% of GDP on healthcare in the years to come, is insufficient, and there is a need to find innovative ways in the upcoming union budgets to increase it. Adoption of technology is key to improve the productivity of clinicians, increase their reach, and improving the quality of care delivered to people living in rural India. We need to leverage AI tools like machine learning and deep learning to help in activities across the care continuum right from diagnosis, treatment, disease management, and home care. By combining telemedicine with AI, the productivity of clinicians will increase, quality of care will improve and care can be taken to places that were not possible before. There has to be an equal focus by the government on disease prevention, by creating and increasing the awareness among people in rural India on how to stay healthy. This will, in turn, help in reducing the government expenditure on healthcare,” he says.

Homecare will become more prevalent in the future

Srinivas puts his thoughts forward, “The recent pandemic has really shaken up the foundation of our society and the way we live and interact with each other. Most people have got used to the fact that wearing masks is a way of life. When you go out, at least in the cities you will see a high percentage of people wearing masks on the streets. The common man is now more comfortable than before in using technology and interacting virtually. Several healthcare providers and clinicians have started remote consultation. The growth in the number of doctors and patients on platforms like Practo and Portea has increased significantly. The Medical Council of India is in the process of developing an online certification course on the practice of telemedicine in association with NIMHANS. The way I see it is that we will have a good number of people still wanting to use telemedicine for consulting even when things are better to post the vaccine. Homecare will become more prevalent in the future. Corporations have realized that a significant part of their workforce can work from home effectively. Meetings in person will continue a couple of times a week to foster innovation, and sustain the company culture. Education in the future will be a mix of in-classroom and virtual classes. It is important that children continue with face to face interactions, to help them hone their social skills. The human brain is the most versatile and complex machine ever created. It has this wonderful ability to sense, learn, and adapt. Once the brain realizes that there is a new way of completing a task, easier, faster, and better, with the same, or maybe with an even better result, automatically the neurons in the brain will rewire themselves to this new way of doing things. I believe that the COVID times will rewire the brains of people to adjust and adapt effectively to the new normal. The new challenges that we have been confronted with during these testing COVID times, will trigger new thoughts, new ideas, and impactful innovations. This I believe will set the stage for the next big leap in the evolution of the human race,” he says.