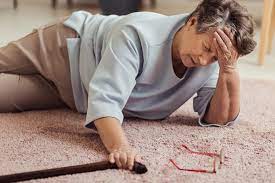 Dementia is a disorder where the cognitive ability of a person gets diminished in a person that previously had no such condition. Learn more about this disease.

Dementia is a disorder where the cognitive ability of a person gets diminished in a person that previously had no such condition. This is generally seen in the elderly population. The most common type of dementia is Alzheimer’s disease. DSM 5 labels Alzheimer’s disease as a “Major or Mild Neurocognitive Disorder Due to Alzheimer’s Disease”. This disease is irreversible and causes problems in one’s thinking and memorising things. Despite research in the field, no causes of this disease are found, making it an Idiopathic disease.

Pre-dementia or Mild Cognitive Impairment (MCI) which is characterised by the level of cognitive decline that requires assistance and helps to carry out day-to-day activities.

Mild Alzheimer’s dementia or Major Mild Neurocognitive Disorder which is characterised by cognitive decline where the patient requires assistance on complex tasks like managing bills and taxes.

Moderate Alzheimer’s dementia or Major Neurocognitive Disorder which is characterised by cognitive decline where the patient requires assistance and accommodation for some daily tasks of living.

The last is Severe Alzheimer’s dementia or Major Neurocognitive Disorder which is characterised by severe cognitive decline where the patient needs complete assistance to survive his/her life.

Early detection of this disease is important. By diagnosing the early signs one will know ether it really is dementia and Alzheimer’s or some other treatable diseases like tumours, sleep apnea, Parkinson’s diseases, etc. At the same time, the person going through the disease and the family can plan and prepare for the future. The early signs that one needs to look out for are behavioural or personality change, decreased cognitive function and family history.

Unfortunately, there are treatments available for this condition. Yet there are few things one could do to help treat such patients. Medication can be given to treat mild to moderate Alzheimer's. Cognitive and behavioural approaches can be taken by the family and near ones to deal with such patients.