Know the important differences between bronchitis and bronchiolitis 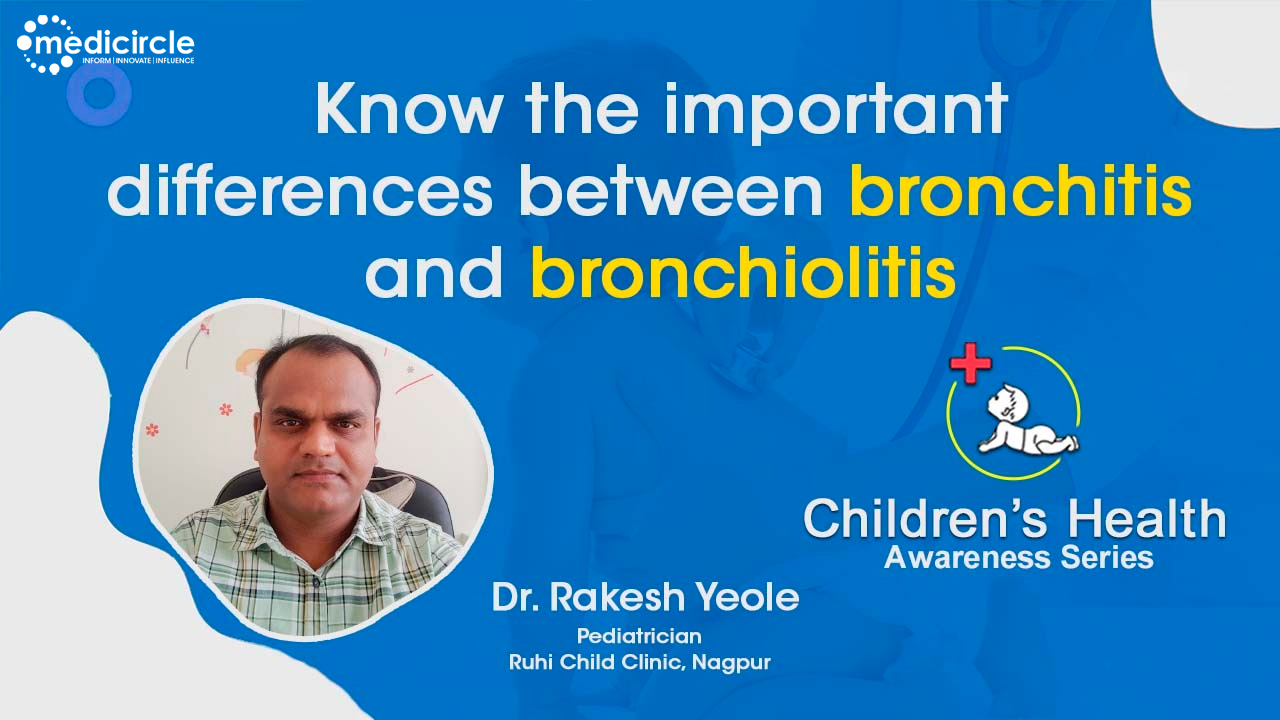 According to the National Center for Biotechnology Information "Bronchiolitis is most common in children less than 2 years of age. During the first year of life, the incidence has been reported to be about 11% to 15%. Depending on the severity of the infection, there are at least 5 hospitalizations for every 1000 children younger than 2 years of age."

The main bronchus is segregated into 2 parts. The first one is the bronchi and Segmental bronchus. The second is the Bronchioles which is the last part of the airway. Furthermore, alveoli gets attached wherein Oxygen from the air gets into our blood and Carbon dioxide from the blood goes into the air. Bronchioles are small in size and hence they have small diameters. From this small diameter if air passes through it and if there is an obstruction the resistance spreads. If bronchioles are infected it is called bronchiolitis.

What causes and symptoms of bronchiolitis in toddlers?

Bronchiolitis happens mainly due to viral infections. RSV - Respiratory syncytial virus is the main reason for bronchiolitis. Parainfluenza virus (HPIVs), Adenoviruses and in little elder kids  Mycoplasma virus are the causes of bronchiolitis in toddlers. Whenever the child has bronchiolitis, Airway obstruction is seen and airflow will have a wheezing sound along with cough. Secondly, the quantity of oxygen is reduced which will cause an arise in rapid breathing rate also known as Tachypnea. Due to such circumstances, the child can face irritability which can result in less productivity.

Difference between bronchitis and bronchiolitis

Dr. Rakesh Yeole states "Bronchitis is an infection of the bronchus. Airway obstruction is less and that is why rapid breathing and the reduction of oxygen are seen more in bronchiolitis when compared to bronchitis. In bronchitis cough and cough, receptors are more and that is why cough is a common thing in it. In both cases, Running nose and mild fever are the viral symptoms that are seen most commonly. The main difference is that in bronchitis cough is more but the rate of breathing is not affected and in Bronchiolitis the cough is not significant but the rate of breathing is more and less oxygen is present."

How long does bronchiolitis last in infants?

Bronchiolitis affects more toddlers below the age group of 2-3 years and are known to be  Self-limiting. Complete recovery takes 14 days for some children.

Does bronchiolitis have any long-term complications?

Long-term complications depend upon the child’s case and their immunity system. In some cases, even chronic lung disease can take place. If there is a recurrence of bronchiolitis then the child has little chance of getting asthma are more.

Prevention of bronchiolitis among kids

Bronchiolitis is seen more in the male child. Promoting breastfeeding in younger children is necessary along with properly Immunizing the child and Proper Nutrition. Additionally, Handwashing and hygiene should be practised to avoid complications.

Can bronchiolitis be treated with antibiotics?

There is no role of any antibiotics in the case of bronchiolitis because it is mainly because of the viral infection.

Can bronchiolitis damage the lungs?

Yes in some cases bronchiolitis can damage the lungs. Irreversible changes can cause damage but in most cases, children are fine.

Yes, a nebulizer helps in the treatment of bronchiolitis and offers benefits.