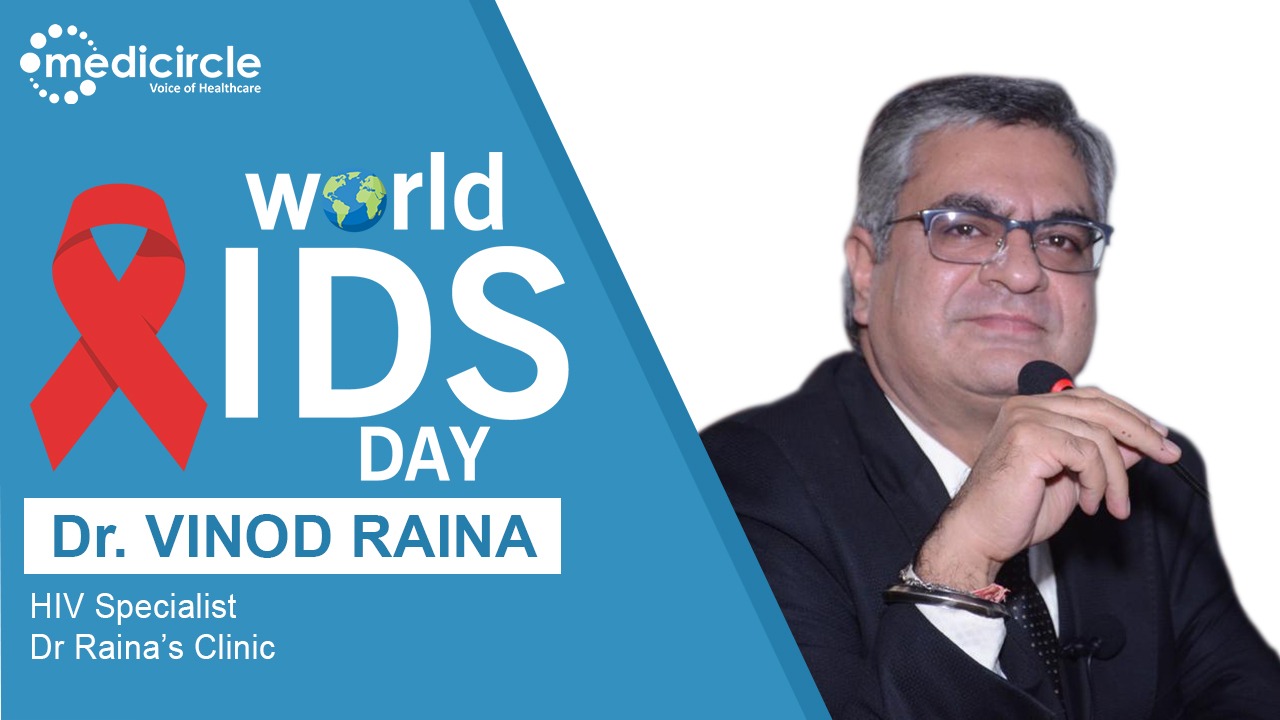 For people living with HIV/AIDS, good nutrition must be part of the plan for living well. Eating a well-balanced and high-protein diet can help you strengthen your immune system. Medicines can very well keep symptoms in control. Learn some more important facts on HIV/AIDS from Dr. Vinod Raina, HIV Specialist

India has the third-largest HIV epidemic with 2.35 million people living with HIV. Of this 1.345 million are receiving ART. There were 69,220 new HIV infections and 58,960 AIDS-related deaths reported in India in 2019. India's HIV epidemic is driven by sexual transmission. The three states with the highest HIV prevalence, Manipur, Mizoram, and Nagaland, are in the east of the country. India's HIV epidemic is slowing down. Between 2010 and 2017 new infections declined by 27% and AIDS-related deaths more than halved, falling by 56%.

World AIDS Day is celebrated every year on December 1 not only to spread awareness about the disease but also to remind the people and the governments that HIV has not gone away. People with HIV can enjoy a long and healthy life by taking antiretroviral treatment (ART). India, with other nations globally, has promised to end AIDS by 2030. We at Medicircle are conducting the World AIDS Day Awareness Series to educate people about AIDS and its preventive measures from eminent Expert Doctors and Medical professionals.

Dr. Vinod Raina is a leading HIV specialist, practicing for the past 21 years. He is practicing at his clinic – Dr. Raina's Clinic. He is an active member, participant and speaker of national and international HIV conferences. He has been awarded at the National Conference of HIV Society of India, Biennial Conference of HIV Medicine Association of India and recently awarded by Delhi Doctors Forum. He conducts CMEs (Continue Medical Education) on PEP THERAPY to expand and share his knowledge with other doctors. His positive and active approach toward his profession has saved thousands of people from the fatal effects of HIV.

Dr. Vinod speaks, “If a person gets infected with HIV, then the person is called HIV positive. The CD4 count of an HIV-positive person decreases. The normal CD4 count is 500-1200. If this number falls below 200, it is called AIDS. During AIDS, the viral load of a person gets increases and immunity decreases.

Role of CD4 cells – They engulf the virus (infection) present in the body and boost immune system. That’s why they are called suicidal cells.”

Dr. Vinod expresses, “AIDS can give rise to secondary infections such as gonorrhea, syphilis, herpes, TB. Other than this fever, loss of appetite, skin rashes, loose motions, vomiting is also seen in some patients. In later stages, it attacks multiple organs of the body like kidney, liver. AIDS cannot be cured but it can be well controlled with medicines. The drugs will keep the viral load in check.”

Dr. Vinod lists talks about precautionary steps to be taken to prevent HIV

If you have any kind of infection, then definitely get the test done.

Before getting married or before making physical relations with your partner or before keeping a house helper for kitchen – Get HIV test done of partner/helper.

Dr. Vinod advises, "AIDS has got no treatment, it cannot be cured. But it can be well controlled by medicines. HIV/AIDS patients should not lose hope. Science has developed drugs that can keep the disease in control, medicines are there which can bring viral load zero. And if the viral load becomes zero, you cannot transmit the disease. Patients can take combination drugs to control the symptoms.

Avoid junk food. Keep blood sugar under control. Eat a balanced, healthy diet. You should go for walking, should do regular exercise.

Always have protected sex to protect others.

Don’t give up hope, you are a warrior, you will fight back. Just follow proper nutrition and diet.

Post Exposure Prophylaxis (PEP) - PEP is post-exposure prophylaxis, an emergency intervention to abort HIV infection arising from any means of transmission. This has to be taken within 72 hours of exposure to prevent HIV infection.”