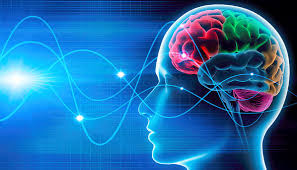 Researchers have made a breakthrough in the field of noninvasive robotic device control. Using a noninvasive brain-computer interface (BCI).

A team of researchers from Carnegie Mellon University, in collaboration with the University of Minnesota, has made a breakthrough in the field of noninvasive robotic device control. Using a noninvasive brain-computer interface (BCI), researchers have developed the first-ever successful mind-controlled robotic arm exhibiting the ability to continuously track and follow a computer cursor.

Being able to noninvasively control robotic devices using only thoughts will have broad applications, in particular benefiting the lives of paralyzed patients and those with movement disorders.

BCIs have been shown to achieve good performance for controlling robotic devices using only the signals sensed from brain implants. When robotic devices can be controlled with high precision, they can be used to complete a variety of daily tasks. Until now, however, BCIs successful in controlling robotic arms have used invasive brain implants. These implants require a substantial amount of medical and surgical expertise to correctly install and operate, not to mention cost and potential risks to subjects, and as such, their use has been limited to just a few clinical cases.

A grand challenge in BCI research is to develop less invasive or even totally noninvasive technology that would allow paralyzed patients to control their environment or robotic limbs using their own "thoughts." Such noninvasive BCI technology, if successful, would bring such much needed technology to numerous patients and even potentially to the general population.

However, BCIs that use noninvasive external sensing, rather than brain implants, receive "dirtier" signals, leading to current lower resolution and less precise control. Thus, when using only the brain to control a robotic arm, a noninvasive BCI doesn't stand up to using implanted devices. Despite this, BCI researchers have forged ahead, their eye on the prize of a less- or non-invasive technology that could help patients everywhere on a daily basis.