“Genome Sequencing is going to be the future of cancer diagnostics and treatments,” says Dr. Sanjoy Mandal, Senior Consultant, and Onco-Surgeon, AMRI, Kolkata 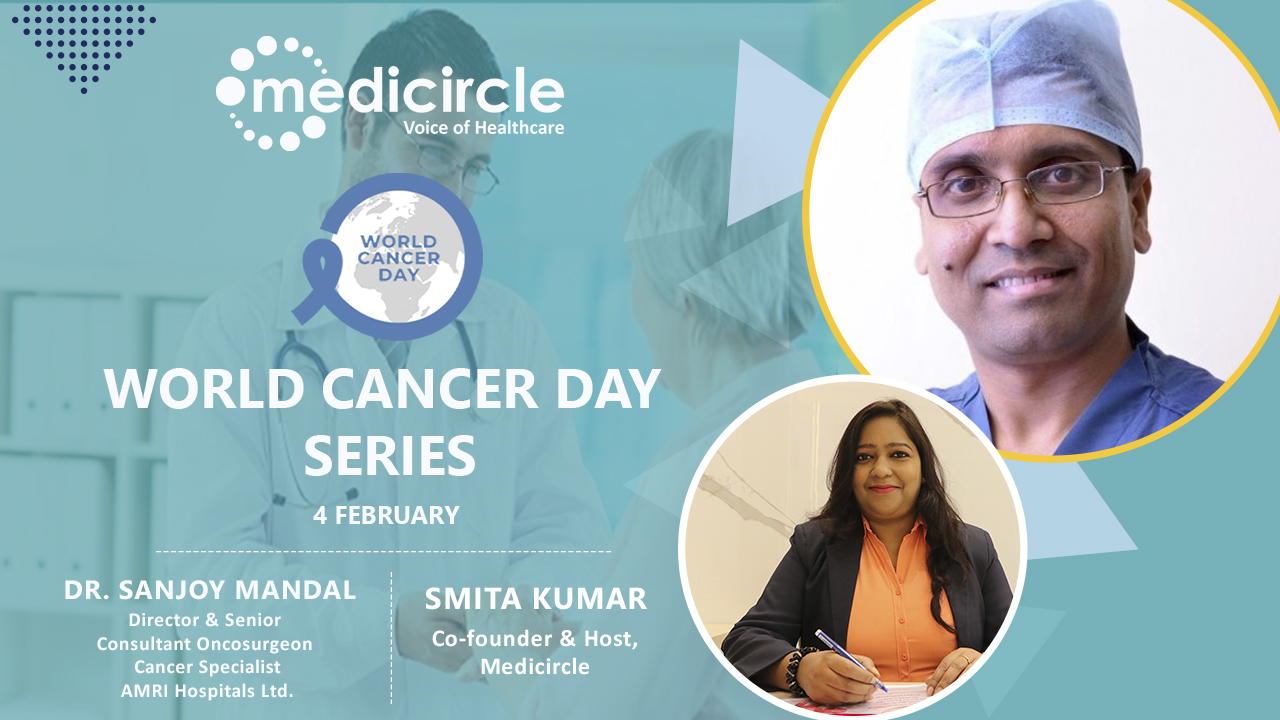 A WHO study confirms that 1 in 10 Indians will develop cancer during their lifetime. According to a report by ICMR published in August 2020, the no. of cancer cases in India is estimated to be over 13lakhs and may increase to 15.7 lakhs by 2025 with prevalence being marginally higher in men. At a time when advanced treatment is available and the disease to a large extent is curable, this data shows a throbbing need for awareness among people. Medicircle is conducting an exclusive cancer awareness interview series showcasing the opinions and guidance of eminent oncologists so that people get aware of causes, treatments, and myths related to cancer.

Dr. Sanjoy Mandal is a Senior Consultant and Onco-Surgeon specializing in gastrointestinal onco-surgery. He is a well-known oncologist with a rich experience of three decades. He is associated with AMRI Hospital Kolkata.

AMRI is one of the topmost hospitals in Kolkata. It provides a perfect blend of the finest doctors and the latest technologies.

Dr. Mandal points out that “even though Covid19 vaccination has started rolling out there are three important pillars of healthcare that should not be avoided. These three important pillars are – use of masks, social distancing, and basic hand hygiene which we need to follow at least for next year if not more. Other than this, it is of utmost importance that we stick to small gatherings during functions, be a part of celebrations in open spaces rather than enclosed ones, avoid eating out or at least go for take-aways only, and avoid public transportation as much as possible for some more period of time,” says Dr. Mandal.

Genome Sequencing is Future of Diagnosis and Treatment of Cancer

Dr. Mandal emphasizes that “genome sequencing is going to be the future. Many genome sequences are helping in predicting how the disease is going to progress. For example, if you have a particular gene sequencing positive, you will know that the particular cancer is going to be very aggressive. And even if the cancer is in an early stage, you would be able to treat it very aggressively with chemotherapy after surgery. Similarly, certain gene sequencings indicate that the tumor might not be responsive to chemotherapy or certain drugs and in these patients, even if they might be a slightly advanced cancer, you would probably avoid giving them unnecessary treatment. Also, it would help in the reduction of suffering of many patients because it is not easy for patients to undergo treatments like chemotherapies. So, if we come to know that some treatments are not going to be useful then we can bring down the hassle and expenses of the patients resulting in cost-effectiveness too. As more and more cancer cases are genome sequenced, it is going to be the tool of the future,” says Dr. Mandal.

Dr. Mandal explains that “the causes of cancer can be divided into two main categories – genetic and environmental. Genes are something that we cannot control or change. But it is the environmental aspect that we can change. Environmental changes would not give us overnight results, but whatever we do today is going to reflect in our next generation. It is very important, starting from sticking to a healthy diet, alcohol consumption in moderation to the reduction of environmental pollution like lesser pollutions from cars and industries, less plastic usage, etc, to prevent cancer. All these are not short-term measures but long-term measures that would ultimately show results. I think these are very important. Sticking to a healthy lifestyle is one of the most important tasks which we can do to prevent cancer in the long term,” says Dr. Mandal.