India has overtaken China to become the world's most populated nation, According to estimations. 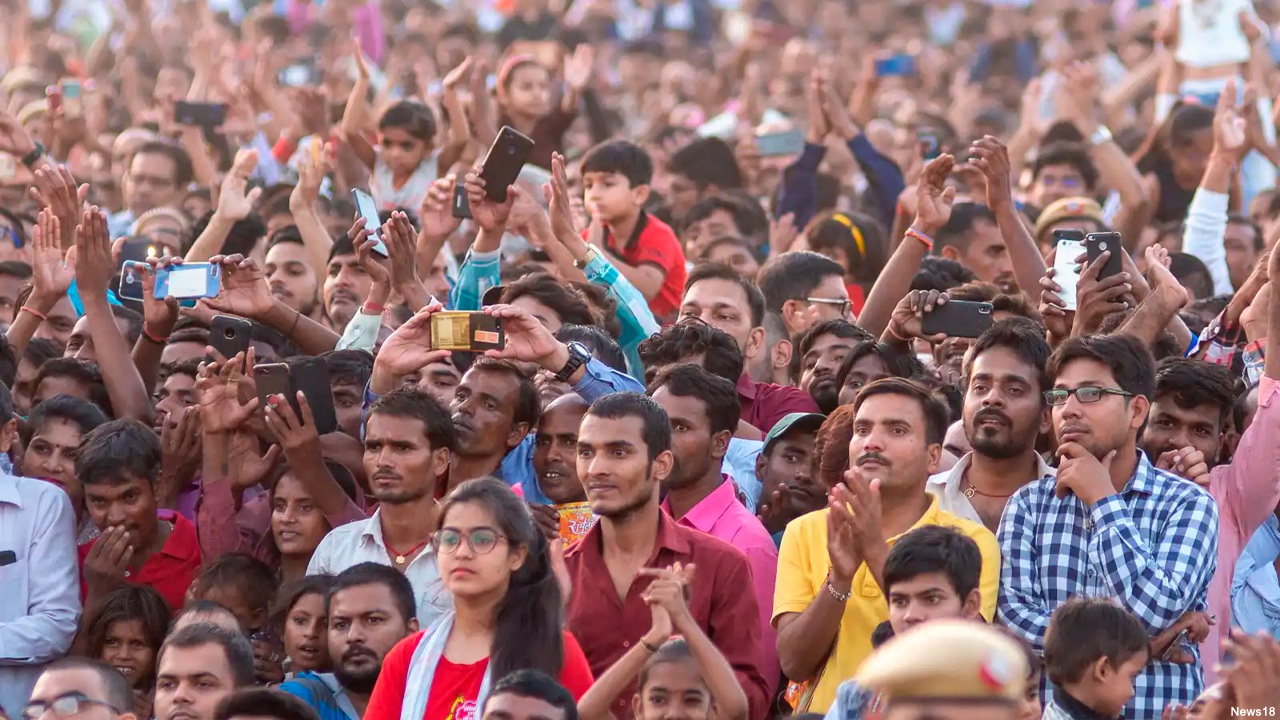 China has been beaten by India as the world's most populous country. China's population has decreased, claims WPR.

According to WPR, India's population was 141.7 crore as of end of the 2022, a little over 50 lakhs more than China, who declared 141.2 crore on January 17,  when authorities there announced the first decline since the 1960s.

India, where half the population is under the age of 30, is set to be the world’s fastest-growing major economy in the coming years. In order to fully utilize the demographic dividend, P.M Modi needs to create more jobs for millions of people entering the workforce every year.

The most recent figure of India is 142.8 crore, an another estimate by research platform Macotrends. After pandemic the country didn't publish its once in a decade census data in 2021.

About 800 million people in India still rely on free food rations from the government, the largest programme of its kind in the world, despite the country's tremendous economic growth prior to the Covid outbreak and its relatively successful recovery.

For now, Asia’s third-largest economy is self-sufficient in food production. It is the second-largest producer of rice, wheat and sugar. The third-largest economy in Asia currently produces enough food on its own. In terms of producing rice, wheat, and sugar, it ranks second. India, with the rising middle class is the largest sugar consumer, and the third-biggest buyer of crude oil.

World Population Review predicts that although India's population growth has slowed, it will still climb until at least 2050. China's population shrank by 8.5 lakh in 2022 compared to the year before, according to data released by the National Statistics Bureau.