Forgot to take your medicine? Get MedpeR to remind you 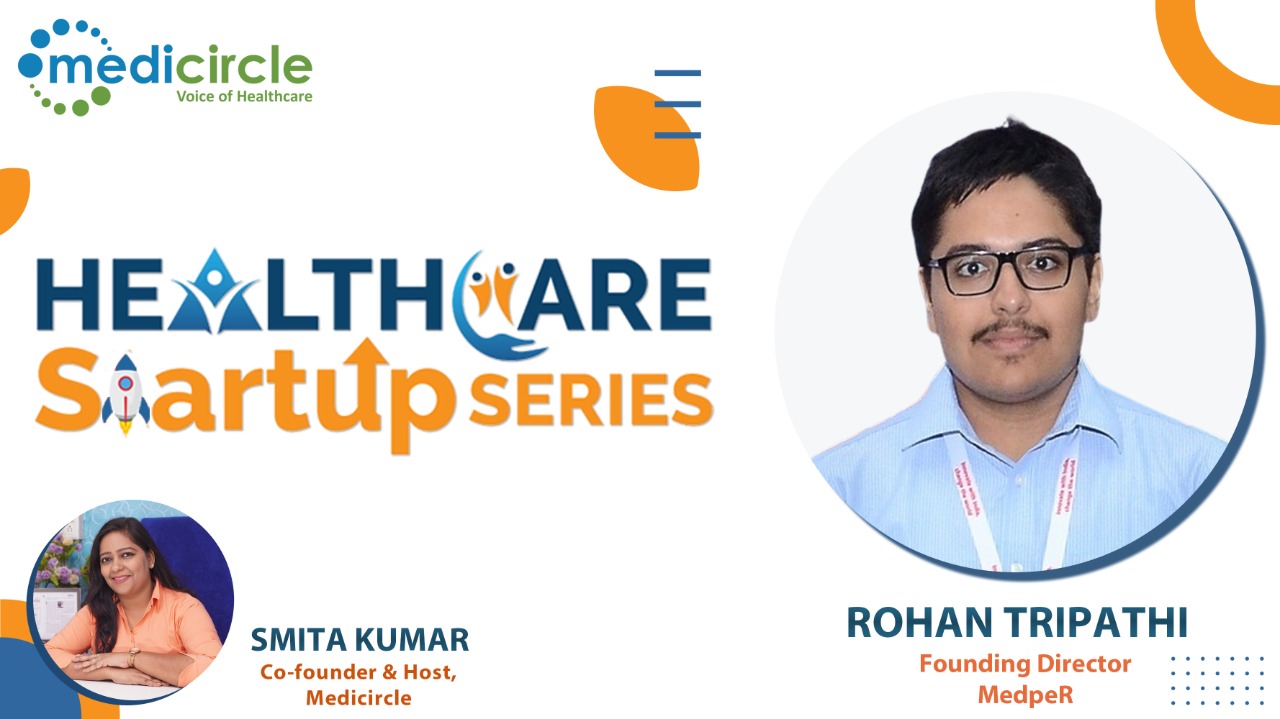 Rohan Tripathi gives exclusive insights and information about MedpeR which is a revolutionary device to remind you of your medicines so that you do not skip a dosage and be future-ready to treat your diseases with “On time” medication.

Rohan Tripathi is a Medtech entrepreneur who aims to make affordable solutions for various health problems specifically designed for the Indian masses. His startup Inovocare Healthsoft Solutions was incubated at IIM Bangalore. The startup has been funded by DST, the Government of India. He was the winner of Winner IICDC 2017 by TI and DST, Govt. of India along with being the recipient of BIG19 Awardee and NIDHI PRAYAS Grant Awardee.

Product offering and services of MedpeR

Rohan Tripathi says, “MedpeR, the name actually was for medicinal helper, MedpeR. We understood the need of solving the problem back in around 2017 about taking medicine on time. Back then, when we were still slowly recognizing the problem. So since then, we have been extensively working on trying to develop the product-market fit, understanding the feedback that we received from general common people who at the end of the day would be the users of the device. So we found out that it's not a secret, it's not a surprise, almost everyone has medicines. Typically, we aim at the elderly, because as we age the pill burden increases. They need to have a lot more medicines, and then their dependency on medicines is also high and anything like one under dosage or one overdosage can be both health-wise and economically they can be very hard they can hurt a lot.”

He further says, “In order to solve this problem, we are developing Medper and we have been initially lucky to get the IICDC challenge. We were the winners of that challenge. From that, we got the incubation at the IIM Bangalore and also in subsequent years while working on a small project for my mentor Dr. Shambo Samrat Samajdar is at the Department of Clinical and Experimental Pharmacology at the School of Tropical Medicine Kolkata. We also found the need for a diagnostic solution for autonomic neuropathy, which is another project product that we are working on. It's a diagnostic kit.

Recently if you follow the IPL, this IPL options, if you see, the person who was organizing the auction had a drastic fall, sometimes I guess around the second day of the event that is due to postural hypotension, which is one of the things that we are diagnosing. Autonomic neuropathy problems are typically seen in the elderly, people suffering from diabetes. And even these days, it is found in the people suffering from long COVID. The patients who have survived long covid, however, just a moment, however, the diagnosis has been lacking till the end, we found that there were very small amounts of devices that were used solving the problem and that was affordable and economical for the masses. So, we started solving it.”

Clients benefited so far with MedpeR

Rohan Tripathi says, “Till date, we are pre-revenue. We are working on getting a lot of feedback. We are taking our device to people letting them use it to get the live feedback, and the live performance of our device. A total of 500 plus people have been touched with MedpeR. We have got the feedback and reactions, which helped us a lot in the product development process, which we had an extensive. It is nearly 100 people we have touched till late, but as we are progressing with the product development process, it will the number will definitely increase multiple folds.”

Rohan Tripathi states,” To date, we have raised a total of around rupees 80 lakhs some DST government of India. A large amount of the fund has gone into hybrid development. As we are freshers with the college journey, a lot of the funds had gone into iterations of the hit and trial processes getting this training to work. If it fails, we have to move on as fast as possible to the next alternative. So, all of these things product development, testing, data collection, and also a part of the funds also went into the company sustenance process because unless we have we can keep a team together then the idea will never become you know executed properly. So, for keeping the team together also a good amount of the funds gets exhausted especially during the COVID times when it was difficult to get the team at the same place.”

Rohan Tripathi informs, “There were existing apps that help people remind their medicines, there were certain apps that alarm for the medications. But we found out that typically the elderly are using Facebook and WhatsApp, but they are still tilted more towards the hybrid devices,

If we have a hybrid device the person can store their medication with a light and sound alarm. So the person can understand, that it's time to have this medicine, there is a system for snoozing, suppose he or she has gone to the washroom while answering the door. So there's a system for snoozing so that the person can avail the medicine around five minutes or 10 minutes later There's also a system for keeping track like knowing whether the medicine was consumed or not if the medicine was consumed on time, or if it was consumed early or late. So, we have the complete tracking method, but again, it can't be expected of the Indian elderly to have WiFi running 24 hours a day because of medical devices. So, what we have done is we have made it in such a way that the Wi-Fi or the phone's Internet can be used to avail the device even as little as once week access is enough for MedpeR, whenever and once it is accessed, the data can be availed via our server with you know the caregiver who has the access he or she can access the data sitting anywhere in the world.”

Goals and Plans for MedpeR

Rohan Tripathi says,” Both with MedpeR and the other product for the diagnosis of autonomic neuropathy, we have found that with the lot of information that we are getting on the lot of buzz that is in the media and all around with the digital mission of the government, the health becoming digital. To date, there have been a lot of inputs to get all these smart devices attached to a digital space. We feel with MedpeR, there are a lot of areas to be accessed all over India since the Indian elderly population and Indian diabetic population both have astronomical figures.

And since we have kept the device pricing and the infrastructure requirements at such a level, it can be accessed by a huge lot of people. We feel that there's a lot of scope for both of our devices in the coming days once we are in the market. And also as I mentioned before, absolutely, these brands that we have obtained have helped a lot, both financially and as a part of our validation journey. But, we believe that the aim of solution developers like us is to become solutions in the hands of the people in the coming days.”