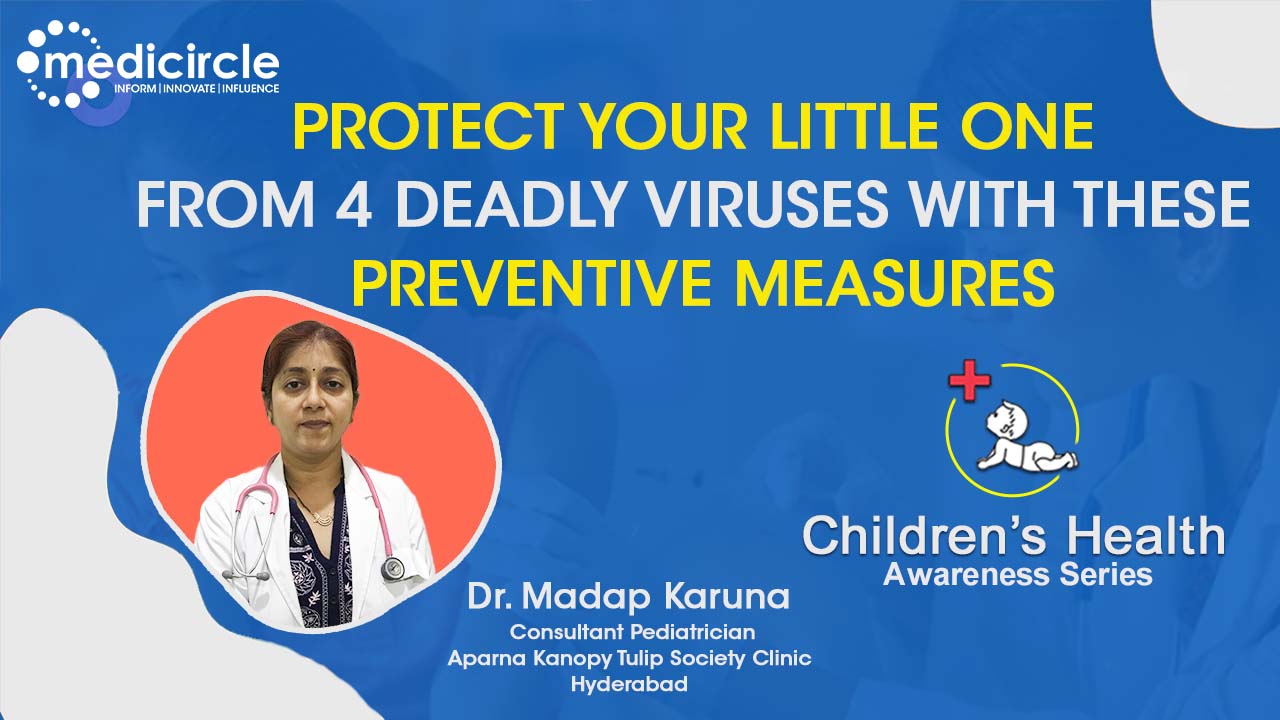 According to the Centers for Disease Control and Prevention “Almost half of the world's population, about 4 billion people, live in areas with a risk of dengue.” During the rainy season, there is a significantly increased risk of contracting dengue and children are all the more susceptible to dengue.

States such as New Delhi, West Bengal, Telangana, Uttarakhand, and parts of Uttar Pradesh have reported a spike in dengue cases in the past few days. The number of dengue cases crossed the 525-mark in Delhi as of last September 21, while Bengal reported a total of 840 new infections on Tuesday, September 27, all marred by incessant rainfall. South Asian countries especially the Indian subcontinent contribute the highest to the global burden of dengue.

Why are children at a higher risk of dengue?

Dengue is a seasonal viral infection caused by a Female mosquito known as Aedes. The main reason for dengue is Waterlogging in nearby areas as the mosquitoes tend to breed in stagnant water places. A mosquito becomes an adult in a week and can potentially bite humans. The dengue virus is carried by the tiger mosquito, a female Aedes mosquito with white spots, and it is this virus that causes dengue fever when it bites people. Usually, it happens from the month of June to October and after that, there will be a few cases that are called Sporadic cases.

Any case of fever, High-grade fever, Headache and retro-orbital headache, body pains, throat pain, cough and cold, vomiting, dullness, body swelling and rashes are some of the most common symptoms.

Ways to protect your child from Dengue fever

Dr. Madap Karuna states “55 million people are pushed below the poverty line due to healthcare expenses. There is no vaccine for dengue because the dengue virus are of 4 types. Since there is no vaccine we need to take preventive measures mainly like avoiding mosquito breeding, removing weekly later logging and breeding sites. spraying anti-larvicidal, using a mosquito net and anti-mosquito racquet, having fogging done in the locality, using mosquito repellent cream and wearing full-sleeve clothes are the most effective measures to prevent dengue.

How to boost a child's immune system for dengue?

Vitamin D supplementation is essential for increasing iron levels in the body. There are 4 types of dengue virus and in some countries, they have found another type of virus so an individual can get dengue fever 5 times in a lifetime. The Best way to prevent dengue is to Prevent mosquito bites. A high protein diet and multivitamin diet are some of the best diets to abide by.  Also, the child’s Iron level should be high as bleeding tendencies are well known in certain cases. Whenever the child gets dengue fever, the best way would be to provide hydration and fever medicine for the child.

How to increase platelets in children?

Platelets automatically improve over time. For nutrition, fruits can be given for consumption but papaya leaves or kiwi doesn’t improve platelet count. Until the platelets count is around 10,000 there is no need to transfuse the platelets.