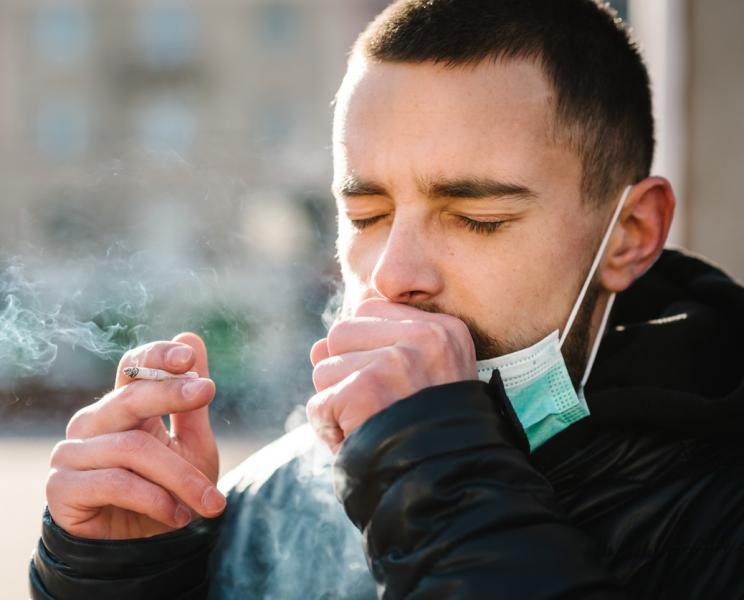 Smoking is highly likely to worsen the severity of COVID-19 and the risk of dying from the infection, finds a large UK Biobank study published online in the respiratory journal Thorax.

It is the first study of its kind to pool observational and genetic data on smoking and COVID-19 to strengthen the evidence base.

The evidence on whether smoking is associated with a greater likelihood of more severe COVID-19 infection has been inconsistent, note the researchers.

Several studies carried out early on in the pandemic reported a lower prevalence of active smokers among people admitted to hospital with COVID-19 than in the general population. But other population-based studies have suggested that smoking is a risk factor for the infection.

Most of the research to date, however, has been observational in nature and so unable to establish a causal effect.

Mendelian randomisation is a technique that uses genetic variants as proxies for a particular risk factor --in  this case genetic variants that make someone more likely to smoke or to smoke more heavily--to obtain genetic evidence in support of a causal relationship.

They drew on linked primary care records, COVID-19 test results, hospital admissions data and death certificates to look for associations between smoking and COVID-19 infection severity from January to August 2020 in 421,469 participants of the UK Biobank, all of whom had had their genetic make-up analysed when they agreed to take part in 2006-10.

Compared with those who had never smoked, current smokers were 80% more likely to be admitted to hospital and significantly more likely to die from COVID-19.

The researchers used Mendelian randomisation to assess whether a genetic predisposition to smoking and heavy smoking might have a role in COVID-19 severity among 281,105 of the original participants living in England.

While the researchers acknowledge that they relied only on hospital COVID-19 test data rather than on more representative community data, they nevertheless point to the similarity of the findings in both sets of analyses.

“The idea that tobacco smoking may protect against COVID-19 was always an improbable one,” assert Drs Anthony Laverty and Christopher Millet of Imperial College London.

“A respiratory pandemic should be the ideal moment to focus collective minds on tobacco control,” they add, highlighting a recent report from the Royal College of Physicians. This notes that the UK isn’t on track to meet the government’s stated goal of a smoking prevalence of less than 5% by 2030, and that smoking remains a major cause of health inequality.

“Our results strongly suggest that smoking is related to your risk of getting severe COVID, and just as smoking affects your risk of heart disease, different cancers, and all those other conditions we know smoking is linked to, it appears that it’s the same for COVID. So now might be as good a time as any to quit cigarettes and quit smoking.”