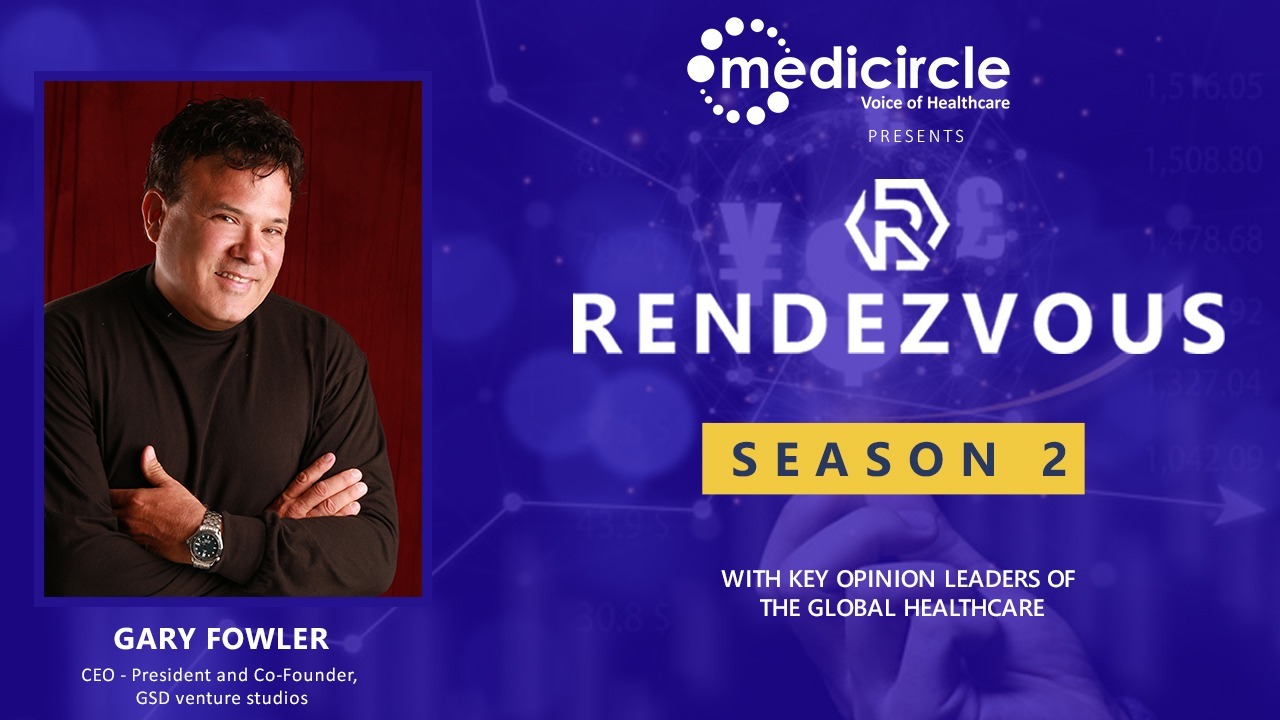 “We're just beginning the journey of mankind; humankind is beginning a journey to explore everything. It's a great time to be a startup,” says Gary Fowler, CEO - President and Co-Founder, GSD Venture Studios.

A unicorn is a term in the business world to indicate a privately held startup company valued at over $1 billion. The term was coined in 2013 by venture capitalist Aileen Lee, choosing the mythical animal to represent the statistical rarity of such successful ventures.

Gary explains, “GSD venture studios, the name comes from Mark Zuckerberg and Facebook. So his motto is GSD - get you done and so we decided to name a company that because really, that's what it's all about. So GSD helps companies go global, using Silicon Valley's support to the rest of the world because half the money in the world is still located there, so raising money from China, Hong Kong, Russia, Ukraine, Israel, Europe, and The US. They probably have an office located that is looking for deals. So that's where we're located. We're in Santa Clara, California, Silicon Valley. And GSD is looking for companies that, there are really three levels. One is acceleration. Two is regional Don Minutes. And then what do I do next, especially today, with a pandemic? How do I go global? And that's where we come in. So we generally take operational roles in those companies using our network and credibility and operations expertise to help the companies grow. I've been involved in two unicorns, click software, which was sold to Salesforce for $1.35 billion. I was on the original management team of it. I was a senior vice president of marketing and business development. Now I've done 16 companies. So this isn't the first time, my first company was at 21 years old. I learned the hard way. I didn't know what I was doing. I'm a country boy from Pennsylvania who grew up on the side of a mountain. Nobody taught me but I was really lucky. But I learned later how lucky I was because it's really hard to build a startup. You just have to visualize, have tenacity and perseverance, and want to get this stuff done,” he says.

Yva.ai is ranked in the top 5 in AI productivity tools

Gary sheds light on the subject, “Yva, I started a little over four years ago and just a couple of days ago; it was rated in people analytics as being ahead of SAP and workday. So I'm really pleased with it as it was just an idea. We turned into an incredible company that's near unicorn status today. I was on an elevator and somebody was talking about Yva, about me and my partner but they didn't know that I was in the elevator listening to it. And it was the most absurd, obscene, wild conversation, listening to somebody talk about you. So I'm very proud. But I also understand it doesn't matter where you're located. If you want to get things done, you can do it. If a country boy from Pennsylvania who grew up in a village of fewer than 500 people can take a company and turn them into unicorn status. Anybody can you have to be tenacious, persevering, and listen to your customers,” he says.

I believe in a global vision

Gary shares his thoughts, “I enjoy creating as I'm very creative. And I like to bring together extraordinary teams of people that are as committed to getting stuff done, as I am, people that believe in their dreams, people that can visualize, and people that are global citizens. I'm Greek American from my mother's side and German English from my father’s side, so I’m like a mongrel of things; I lived in Russia for almost 14 years. So I believe in a global vision. And I believe now's the time, we got a lot of challenges on the planet, if you talk about the stars, just in the Milky Way galaxy, there are 6 billion earth-like planets, there are 200 trillion estimated galaxies within the universe. We're just beginning the journey of mankind; humankind is beginning a journey to explore everything. It's a great time. And companies, startups that are out there, data are critically important. If you can analyze the data and make predictions off of it, you are going to win the race. It's a great time to be a startup,” he says.

I want to find and bring kids home for the holidays

Gary talks about having many accolades attached to his name, “I am humbled. What can I say? I'm a country boy; it's great that people say things about you. But you know the real difference, when I went down through this week, the challenges with kids getting taken away sexually and misappropriated kids, exploited, I actually took an artificial intelligence company called ayrex, refocused it into this. Because I want to find kids, I want to bring kids home for the holidays; I want to bring them home. So what if we trained that and just one person, one group making a change, and focused on kids how to find kids, there are 460,000 kids every year that are taken in the United States, 2 million worldwide. So I got Intel, the sponsor, I got the district attorney of New York started off in the US, Homeland Security, a fourth time, White House aide in, I got the national director, the CEO of the task force, we're now training it to find kids to bring them home to help find kids that have been kidnapped, taken from whatever ways wherever they are, and bring them home. So what happens is you're taking a technology that had been used for profiling, and really put it in for facial recognition, and shake completely flipping in and doing the right stuff with it. And I just love it,” he says.