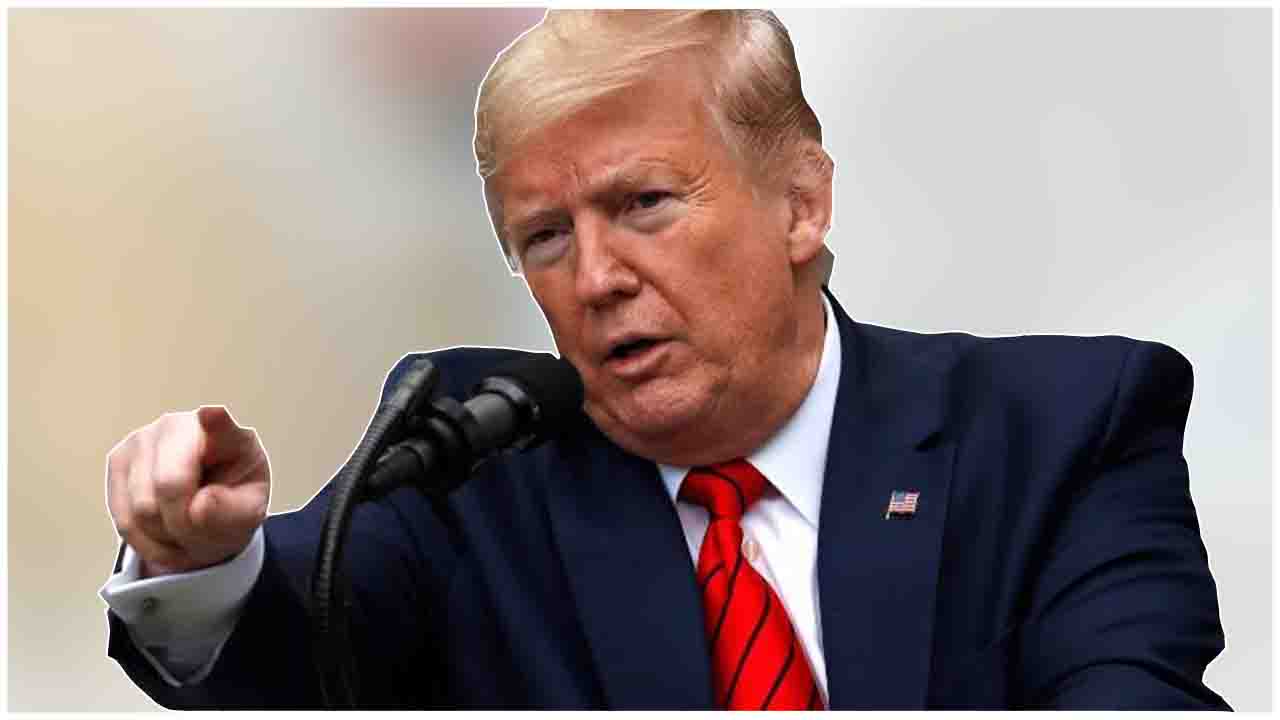 Donald Trump believes China is responsible for spreading Coronavirus, resulting in death of 4.56 lakh people globally and 1.22 lakh in the US

US President Donald Trump believes that China is responsible for the spread of deadly coronavirus that has killed more than 4.56 lakh people globally and over 1.22 lakh in the US, his spokesperson has said.

“The president never regrets putting the onus back on China,pointing out that China is responsible for this and, in the process, standing up for US troops who are being blamed by China in a campaign of misinformation,” White House Press Secretary Kayleigh McEnany told reporters at a news conference on Monday.“It's a fair thing to point out as China tries to ridiculously rewrite history, ridiculously blame the coronavirus on American soldiers. This is what China is trying to do. And President Trump is saying, ‘No, China, I will label this virus for its place of origin’,” she said.

In the wake of the pandemic, Trump administration has continued to suspend the issuance of “green cards” for new immigrants and halted a variety of work visas for foreigners, including all H-1B and H-4 till the end of 2020.

The suspension will not have any impact on those already in the US on the visas. The Optional Practical Training that most international students are eligible for after they graduate in the US remains un-suspended.

But also suspended are L1 visas (for intracompany transfer) and J1 visas (widely used by doctors and researchers), although there will be exceptions for those working on the COVID-19 pandemic.

Trump said the step was essential to help millions of Americans who have lost their jobs due to the current economic crisis. Issuing the proclamation ahead of the presidential elections, Trump has overlooked the heightening opposition to the order by various business groups, lawmakers and human rights organizations.

Meanwhile, half of California voters hold China largely responsible for the COVID-19 pandemic and shortages of medical supplies and tests, but voters broadly reject the use of racial labels for the virus, according to a report from the UC Berkeley Institute for Governmental Studies (IGS).

The report, released today, found that just under 50% of voters believe the Chinese government is mostly or completely responsible for the pandemic and for shortages of key medical supplies, with another 29% saying China is somewhat responsible.

But the voters reject terms such as “Chinese virus” and “Wuhan virus,” which have been used by President Donald Trump and some other government leaders as labels for the pandemic. Among all voters, only 29% say it is appropriate for Trump to use such terms, versus 60% who say it is not. But nearly 61% of Trump supporters strongly agree that it is appropriate, compared to just 3.5% among his opponents.

“The findings suggest that the use of racialized language by the president and others is being adopted by his supporters and possibly diverting attention from the administration’s management of the pandemic,” said report author Alein Y. Haro, a research fellow with Berkeley’s California Initiative for Health Equity and Action (Cal-IHEA). “But we already see evidence that Asian Americans and other groups have criticized this as a divisive tactic and have expressed strong opposition. This issue might well persist during the coming campaign season.”

The Berkeley IGS Poll of 8,800 registered California voters was conducted online, in English and Spanish, between April 16 and April 20, in conjunction with the Cal-IHEA. It is one of the first U.S. efforts to take a deep look at public opinion on the COVID-19 pandemic and its impact.

The pandemic emerged in Wuhan, China, in late 2019 and has since spread to every country in the world. More than 4.5 million people have been infected; confirmed deaths yesterday (May 14) passed 300,000, with more than 80,000 of them in the United States.

Noting that Asians “have historically been blamed for being disease carriers,” the IGS report said the pandemic has provoked a wave of anti-Asian sentiment, including over 1,500 racist incidents nationwide between mid-March and mid-April.

Critics have charged government leaders with using racial labels for the disease to shift blame away from the White House response to the pandemic — but, in the process, encouraging hostility directed at Asians and Asian Americans.

The latest report from the April Berkeley IGS Poll, like four earlier reports, found that a majority of California voters believe that the pandemic is posing disproportionate risks for people of color in the workplace and in the economy. But beneath that agreement are deep divisions between Democrats and Trump opponents, who are in the majority in California, and Republicans and Trump allies.

For example, among voters who support Trump, 78% mostly or completely blame China for the pandemic and shortages of medical supplies and tests, compared to 37% among those who disapprove of Trump’s performance as president.

Just 11% of voters, overall, believe Chinese individuals are mostly or completely responsible for the pandemic and shortages of medical supplies. Among Trump supporters, just under 20% place that level of blame on Chinese individuals, versus almost 7% among those who disapprove of Trump’s performance.

The new IGS report on blame for the pandemic was the fifth in a series based on the April public opinion poll. Other reports have focused on polarization around the pandemic and related government action, elevated health and economic risks among people of color, and public opinion on medical and economic protections for farmworkers. The poll has a margin of error of about 3%.