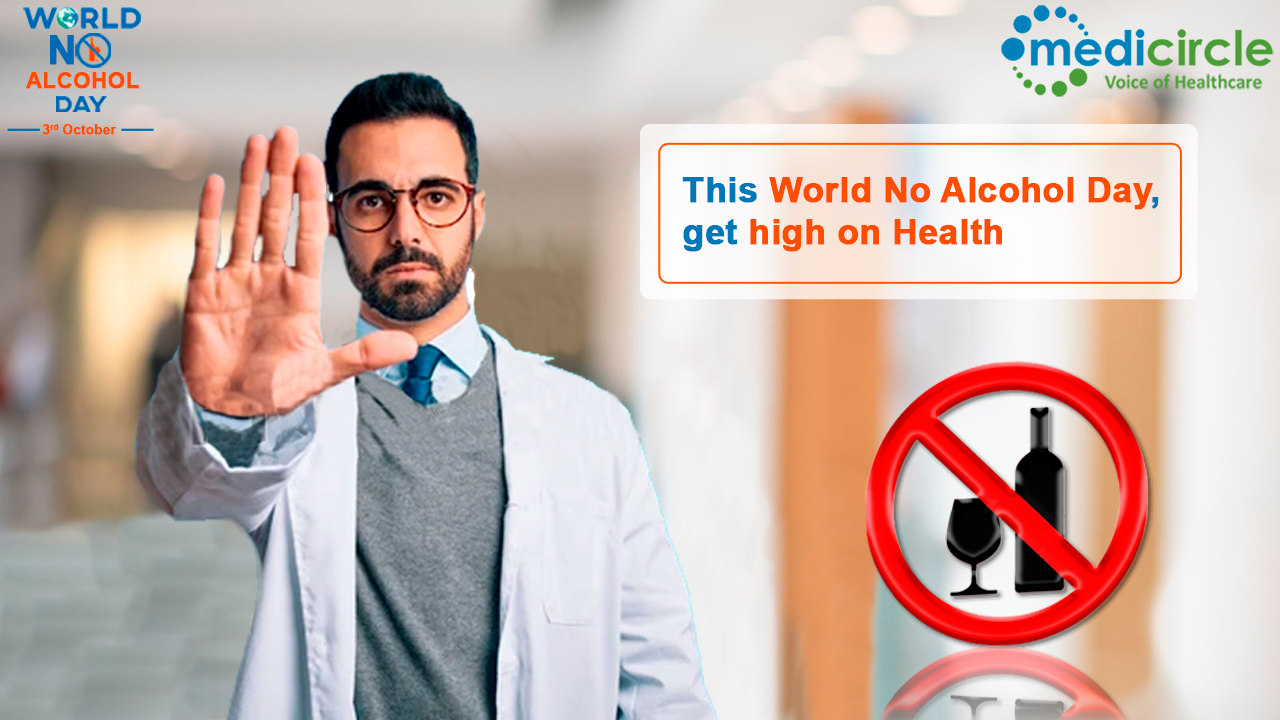 Know The 5 Dangerous Side Effects of Drinking Alcohol. Take a pledge to go alcohol-free this year on World Alcohol-Free Day 2022

Most people consume alcohol to celebrate any special occasion like New Year's Party, Birthday, Wedding, etc. Whether you drink occasionally or every day, alcohol harms the body in some way or the other. Get habituated to any kind of intoxicant, whether it is alcohol, drugs, or smoking, all of them badly harm physical and mental health. If you are also addicted to the consumption of alcohol, then you must also know these 5 serious harms to the body.

According to the CDC, the side effects of consuming alcohol crop up on just one drink per day for women and two for men. People who consume 8-15 drinks of alcohol per week (or more) are considered heavy drinkers and this habit can lead to many serious health problems. Know, what can be the dangerous side effects of drinking alcohol due to excessive consumption of alcohol-

Apart from this, drinking alcohol regularly can also lead to weight gain. Being overweight can also have a negative impact on heart health. Alcohol is a source of extra calories, which is one of the main causes of weight gain.

Consumption of alcohol can cause infertility problem

It has been said in many studies that drinking alcohol by pregnant women can harm them as well as their unborn babies. This can lead to premature delivery, miscarriage, fetal alcohol syndrome disorder (FASD), or stillbirth.

Not only this, 6,120 women aged 21-45 were observed in one study. The researchers found that women who drank at least 14 alcoholic beverages a week (that was about two drinks per day) had an 18% lower pregnancy rate than women who drank less or no alcohol at all. There was a possibility of being conceived.

3 Consumption of alcohol causes damage to the liver

It has also been revealed in many studies and doctors also say that the consumption of alcohol causes maximum damage to the liver. The liver works to break down and remove harmful and toxic substances from the body. However, drinking excessive amounts of alcohol on a regular basis can disrupt all these vital liver processes and can also increase the risk of liver inflammation and liver disease. Due to liver disease, toxins and harmful substances start accumulating in the body, which can also lead to death.

4 Inaccurate pronunciation of words when speaking

According to the American Addiction Centers, people who drink excessively are at risk of developing dysarthria. It is a medical term for difficulty speaking words. This speech problem can be caused by a number of conditions, such as brain injury, brain tumor, and stroke. However, drinking too much alcohol over time damages the brain, increasing the chances of having dysarthria permanently.

5 Consuming more alcohol may increase the risk of osteoporosis

For people who consume more alcohol or drugs, the chances of getting osteoporosis are increased in them. Observing some people involved in one study, it was found that those who drank two drinks or more each day were 1.63 times more likely to develop osteoporosis. This is because drinking too much interferes with the absorption of nutrients such as calcium and vitamin D.

So, let us take a pledge to go alcohol-free this year on World Alcohol-Free Day.