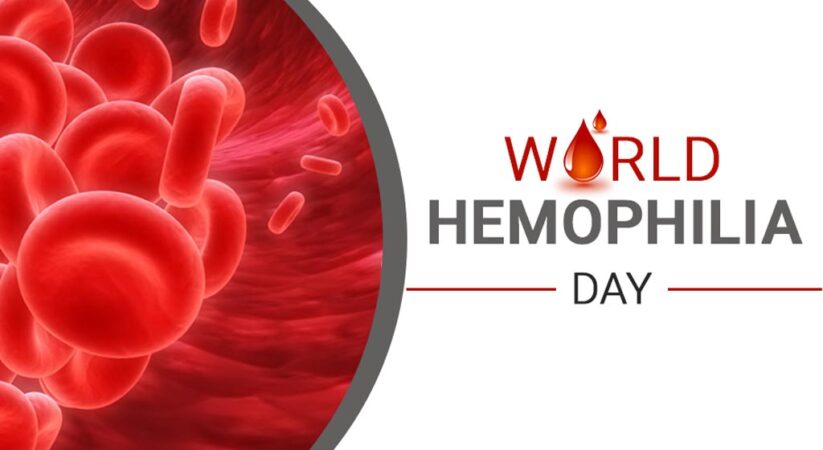 Anyone can have hemophilia from newborns to the elderly age group. A bleeding disorder is a rare disease but society needs to impart awareness and educate the people who are suffering from it.

The theme of the World Haemophilia Day

Haemophilia or Von Willebrand’s Disease is an inherited platelet disorder and other clotting factor deficiency which results in a lifelong bleeding disorder. This is a condition present since birth. You can't “catch” haemophilia or transfer it to others. Haemophilia disease is a genetic disorder that alters the haemostatic process leading to excessive bleeding after an injury. This disease is caused by the insufficiency or defect in blood clotting protein. This can lead to abnormal haemorrhage by reducing the concentration of level of blood factor eight. The complication of haemorrhage in haemophilia can lead to delayed wound healing.

Medical history is important to help determine if other relatives have been diagnosed with a bleeding disorder or have experienced symptoms. Tests that evaluate the clotting time of a patient's ability to form a clot may be ordered. Treatment depends on diagnosis and severity. All these factors should be considered when diagnosed with haemophilia. Treatment of haemophilia involves injecting the missing clotting factor into the bloodstream.

Left untreated, severe cases of haemophilia can lead to early death. However, there are successful treatment options available. If managed well, people with haemophilia are unaffected by this condition living completely healthy lives.