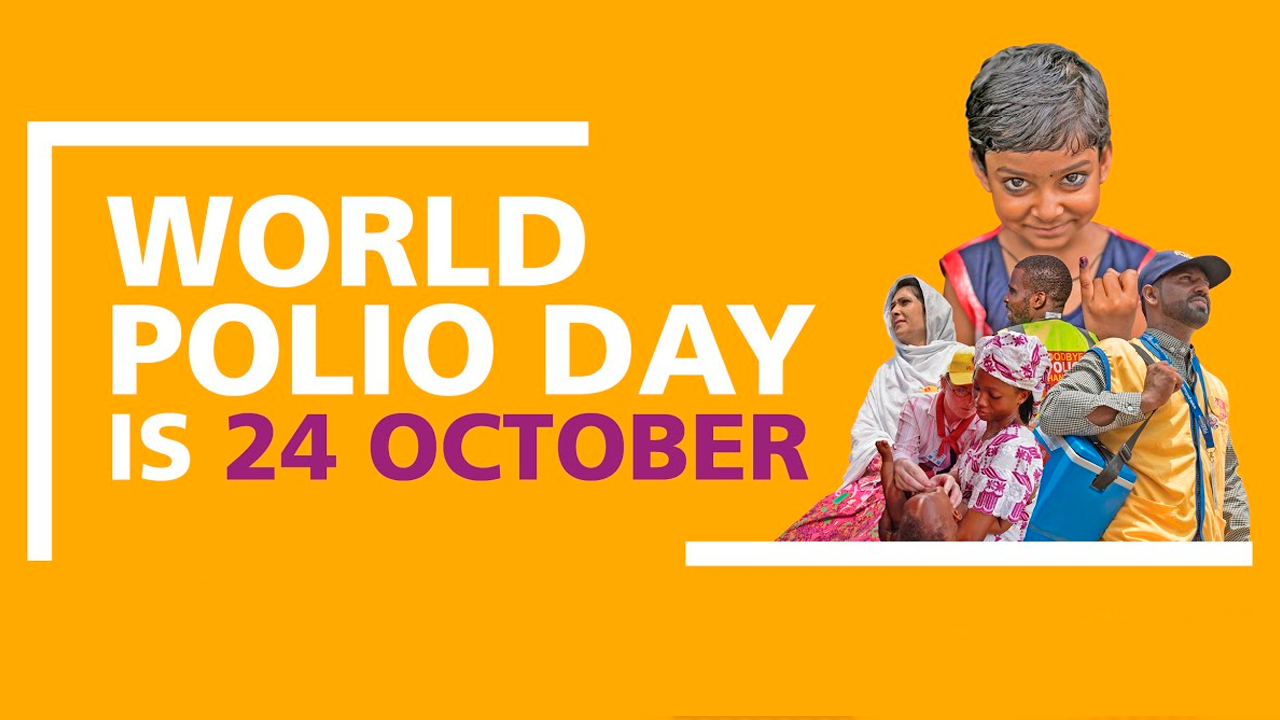 Polio is a disease affecting young children. It is spread by the Poliovirus, which affects the brain and spinal cord. Children do not have immunity against the polio virus, due to which it is more common in children. There is a possibility of paralysis in children infected with the polio virus. This is an incurable disease. Only by preventing it, children can be saved from this deadly disease.

Poliovirus makes any part of the child weak. Polio is a disease that causes disabilities in children. It is a virus spread from person to person, affecting the brain and spinal cord. It is an incurable disease i.e. once it occurs it cannot be cured. Prevention is the only solution. Polio has disrupted the lives of millions of children around the world.

The World Health Organization has made many efforts to make the world polio-free. Along with this, many steps have also been taken to make people aware of it.

World Polio Day is celebrated every year on 24 October with the aim of spreading awareness about polio.

On this occasion, we are going to tell you the history and the theme of World Polio Day

Common symptoms of polio include-

Severe symptoms of polio include-

Polio Day is celebrated every year on 24 October. This day is celebrated on October 24 to commemorate the birthday of American virologist Dr. Jonas Salk. The disease of polio had become a challenge for the people. Doctor Jonas is the one who gave the weapon to the world to fight this disease. Actually, Jonas Salk helped create the first effective polio vaccine in the world. Doctor Jonas presented the medicine to the world in 1955 to prevent polio.

The world was saved from polio by the efforts of the World Health Organization to prevent polio with vaccination campaigns in many countries. India became polio-free last 7-8 years ago. But in some countries, many cases of this keep coming up.