27% of the population of head and neck cancer is because of tobacco abuse in India - Dr. Prasenjit Chatterjee, Senior Clinical Oncologist, Apollo Gleneagles Hospital 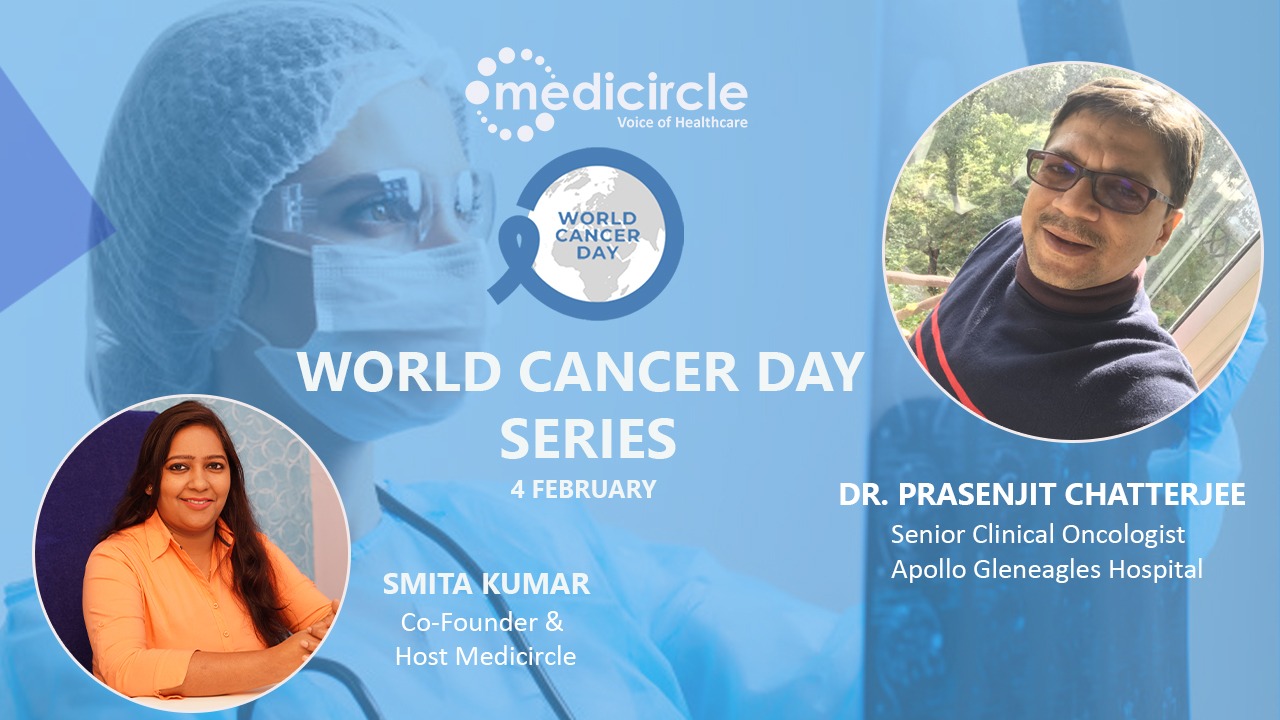 “Patients say using deodorants may cause cancer but there have been publications that there are no incidents of breast cancer with the use of these agents,” says Dr. Prasenjit Chatterjee, Senior Clinical Oncologist, Apollo Gleneagles Hospital.

Cancer is the name given to a collection of related diseases. In all types of cancer, some of the body's cells begin to divide without stopping and spread into surrounding tissues. Do you know 10 million people around the world die each year from cancer? According to a recent report by the National Cancer Registry Program of India, the predicted number of patients with cancer in India is 13, 92,179 for the year 2020. And the common five leading sites are breast, lung, mouth, cervix, and tongue.

Dr. Prasenjit Chatterjee, Senior Clinical Oncologist, Apollo Gleneagles Hospital, is also the Founder member of Sabujer Abhijaan, children's wing of stride, an NGO where economically challenged and cancer survivors perform in tandem with other children in routine cultural and academic events. He published a handbook on 'Modern Radiotherapy" in January 2010 and has authored and published several research papers, and received the Best Paper Award in the 1st SAARC conference on Clinical Oncology held in Dhaka, Bangladesh in March 2001. He is also honored with several awards like the Bharat Jyoti Award on behalf of IIFS in December 2010, and Rashtra Pratibha Puraskar in 2012, etc.

Myth - cancer has no answer

Dr. Prasenjit sheds light on the topic, “If you search the Google you can get a number of hits on this topic, which has been existing for last 3 - 5 decades and since we sit in our office and see patients, the myths and misconceptions in cancer remain a big issue which needs to be addressed in our day to day setting. The most common ones being:

Cancer is the death sentence or cancer has no answer. So, I strongly defy that, because breast, prostate, and thyroid cancers have an excellent five-year survival of 90%, and all cancers together in the western literature have survival of five years of 60 to 65%, if we look at the Indian data, we have around 55%, so there has been downstaging in last two decades in a big way, because of increased availability of infrastructure and awareness of the people. Hence there is no way we can say that cancer is a death sentence.  During a biopsy, patients ask if there is a chance that cancer will spread because of surgical excision biopsy or surgical resection, because it is a procedure done by a competent and skilled onco-surgeon, and there is no possibility of dissemination, except in a few situations that may be different, but generally biopsy and surgery doesn't cause the spread of cancer. Patients say that if we use deodorants it may cause cancer. There have been publications so far that there are no incidents of breast cancer with the use of these agents.  Similarly, with hair dye, normally use of dye doesn't cause any cancer but a hairdresser who is regularly exposed to the dye can have an incidence of some cancers like bladder cancer.

So these are some myths and misconceptions,” he says.

All cancers are not asymptomatic

Dr. Prasenjit explains, “All cancers are not asymptomatic. Generally, cancers that are visible or palpable like in the oral cavity or a breast tumor lump are cancers that can be diagnosed in an early stage. But other cancers like lung cancer and ovarian cancer, notably are the cancers that are inside the body, and sometimes it becomes difficult to diagnose because we don't have a normal screening procedure or guideline which is implemented in our healthcare system because of the population explosion. So patients come with tumors inside the body like ovarian cancer or lung cancer initially in stage one or stage two; they generally don't have any symptoms to begin with. And since we don't do a routine screening like a CT scan, or an ultrasound of the abdomen, we sometimes delay in diagnosis especially since these patients are diagnosed incidentally. So we do a tumor marker and then we realize that maybe this is a suspicion then we go ahead with a biopsy for confirmation of diagnosis,” he says.

Dr. Prasenjit sheds light on the subject of there being an increase in the number of cancer cases as according to a study in India with a population of 1.35 billion witnessed as many as 1.16 million new cancer cases and 7, 84,800 cancer deaths in 2018, “That's a very recent data of 2020 which is recently published. This issue needs to be cropped, but it has to be done in a more justified way. A recent article published by the Queen's group London, which says that screening of all breast and ovarian cancer can be done in the female population which will help in picking up by doing genetic study, there are these two marker tests which are commonly done and have, in fact, become very common after Angelina Jolie, a Hollywood actress got the BRCA tests done. Now, after that, it has been further evaluated. We also did a dive in the subset analysis for this particular study in the western developed countries - middle-income group like China and Brazil, this was done that if genetic testing will be done for the entire high-risk population, then this can be picked up in an earlier stage. And this has a socio-economic implication as well, because if it is picked up early, then probably that will be more cost-effective. But India still is in lower-income population. So for the Indian setting, we have to work out in a different way, like head and neck cancer is a common problem in our country. The Indian data has shown that 27% of the population of head and neck cancer is because of tobacco abuse. Now, it has been worked out further that if we can find out a method like an oral inspection or a screening method where we can pick up the disease early then we can diagnose more cancer patients at an early stage again we are working out in the economics macro as well as the microeconomics. Now you can say if more cancer patients are diagnosed, that may not be cost-effective, but this can be again challenged because there are some questions - Which can be diagnosed in early stage, especially in subclinical stages, if some screening mechanism could be implemented for the society at large. In that perspective, there has been a great initiative both by the International Atomic Energy Agency for cancer to take a global initiative or diagnosing cancers in early-stage and you know developed countries has done this good homework they have been able to diagnose, do genetic tests in the population which is being grouped with a level one evidence that it is meaningful for the society. In the Indian setting, a cancer registry needs to be formed we have one cancer registry, but the quality of data is what is most important, there has been evaluated by the WHO, who has taken an initiative and they have formed the hub under the observation of IRC that is an international agency of cancer research that will put a hub in the developing countries like Asia, South Africa, Caribbean, Pacific Islands. Of course, these are the way forward where we can pick up a particular risk group of population which is hired in that geographical location, so all cancers which are common in the western part, may not be common in India. In fact, India is a heterogeneous country, and the type of cancer which is common in the northeast part of India is maybe not common in the south of India. So that heterogeneous population has a bearing so far as incidence of different cancers is concerned. So it has to be worked out. Also, WHO has taken this initiative very seriously and this will be streamlined, and we can have more data on that which will be robust enough to give us a solution,” he says.