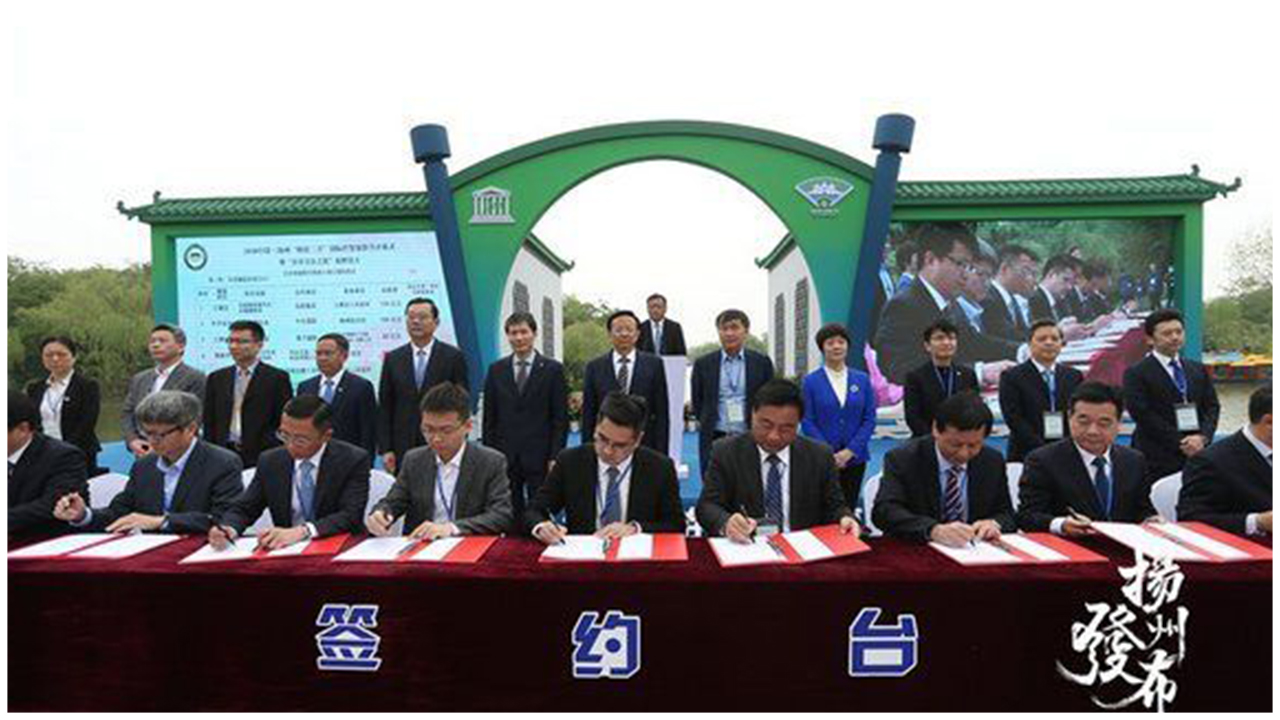 Yangzhou has taken a comprehensive set of actions in response to the COVID-19 outbreak, and introduced specific measures to support local catering sector.

The 2020 China Yangzhou Flowery March International Economic, Trade and Tourism Festival kicked off on April 18 in Yangzhou of east China's Jiangsu Province with 36 key projects contracted at the opening ceremony.

It is learned that 178 projects with a gross investment of 187.83 billion yuan will be contracted during the festival, involving advanced manufacturing, modern services and sci-tech cooperation.

During the festival, the city will issue tourism and catering cards to visitors through online and offline channels to let them enjoy a cash rebate, aiming at expediting the building of a well-known international cultural tourism city and fostering the recovery of the service sector.

The festival also witnessed the unveiling ceremony of "Food Capital of the World".

As a city with a history of 2,500-odd years, Yangzhou was rated as China's fourth "Food Capital of the World" in 2019 after Chengdu in southwest China's Sichuan, Shunde District of Foshan in south China's Guangdong, and Macao.

As a member of the UNESCO Creative Cities Network, Yangzhou has taken a comprehensive set of actions in response to the COVID-19 outbreak, and introduced specific measures to support local catering sector, Ernesto Ottone Ramírez, Assistant Director-General for Culture of UNESCO, said via video connection.

He believed Yangzhou has the ability to get through the crisis with its strong cultural resources and gastronomic traditions.

It's reported that the Flowery March International Economic, Trade and Tourism Festival has been held for 19 consecutive years, and has become an important platform for promoting Yangzhou's economic and trade cooperation and cultural exchanges at home and abroad.