DrinkPrime Raises ₹60 Crore In Series A Round 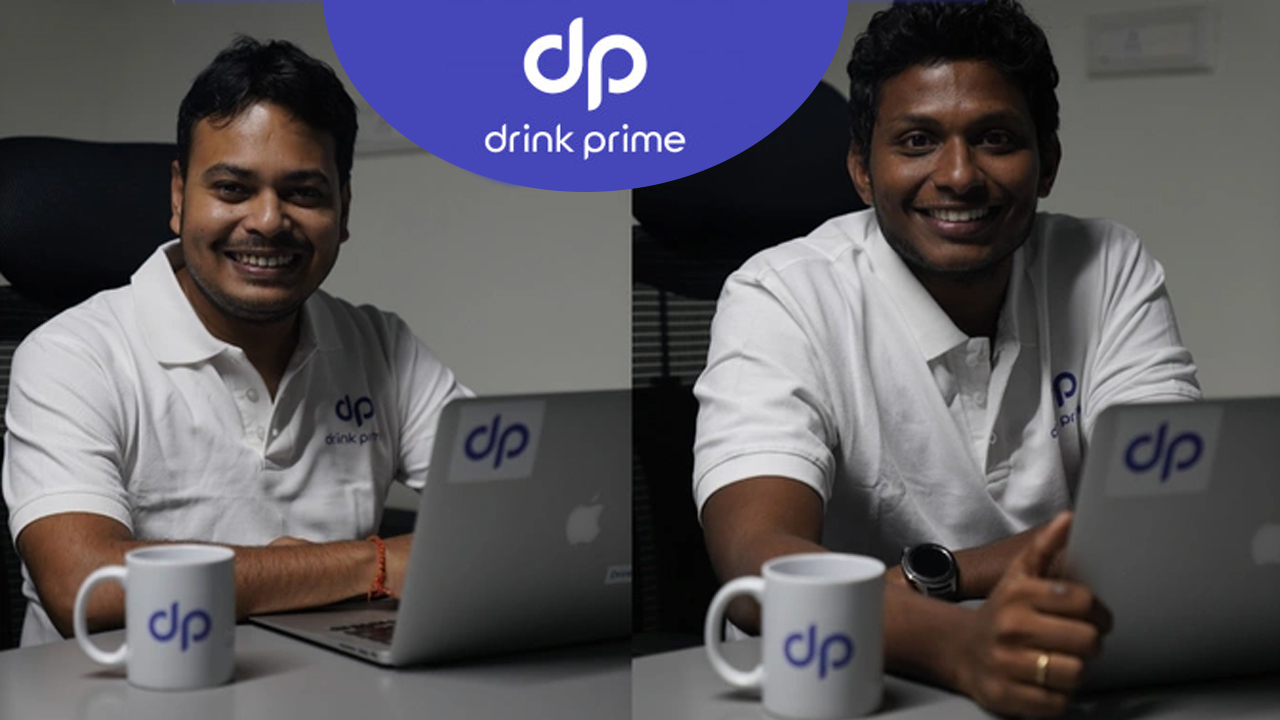 DrinkPrime, a subscription-based reverse osmosis (RO) water supplying startup, has raised Rs 60 crore ($7.5 million) in a mix of equity and debt round led by Omidyar Network India, Sequoia Surge, and 9Unicorns while the debt came from Northern Arc Capital and Unitus Capital.

DrinkPrime, a subscription-based IoT-enabled customizable water filter, raised 60 crore in its Series A round. The firm intends to invest in people, products, and infrastructure in order to service one million homes by 2026. At a time when the market is experiencing a severe cash shortage, the round was spearheaded by major investors like as Omidyar Network India, Surge Sequoia, and 9Unicorns.

Other investors who participated in DrinkPrime's Series A round were Aureolis Ventures, Kwaish Ventures, and ZNL Growth Fund, in addition to Northern Arc Capital and Unitus Capital in the debt capital round.

DrinkPrime Co-founder and CEO Vijender Reddy Muthyala stated, "DrinkPrime is a drinking water firm, not a water filter producer." We gathered funds to help us get closer to our objective of providing clean drinking water to the majority of India. We will go at every length to ensure that we serve one million members by 2026."

“Our subscriber base grew by 330% this year. With the rising interest in our service offering across several geographies, we expect to maintain the momentum we’ve picked up over the last few months,” said Manas Ranjan Hota, Co-founder and COO, DrinkPrime.

"Safe drinking water remains one of India's most pressing concerns, with over 50% of the population without access, and this is expected to worsen over time." In such a case, the need of the hour is to determine whether technology can fix a portion of the problem. As part of our ESG investing strategy, we invested in DrinkPrime, which provides clean drinking water to millions of people. Such solutions have a significant environmental impact since they reduce the demand for plastic. "We expect some Unicorns to emerge from this field in the near future, and DrinkPrime has enormous potential," stated Dr. Apoorva Ranjan Sharma, Co-founder, Venture Catalysts & 9Unicorns.

Speaking about their decision to invest in DrinkPrime, Badri Pillapakkam, Partner, Omidyar Network India said, “We are delighted to continue our partnership with DrinkPrime which is increasing access to water purification devices and making quality drinking water on tap more affordable than bottled water and accessible to the Indian mass market, including the Next Half Billion. We look forward to supporting them in their journey to become the largest player in the consumer durable subscription market.”

“Safe drinking water remains one of the biggest challenges in India with around 50 per cent of the population having no access to it and this is all set to increase with time. In such a scenario, the need of the hour is to evaluate if technology can solve a part of it. As a part of our ESG investment approach, we invested in DrinkPrime that is making safe drinking water accessible.

"DrinkPrime offers a unique business model that tackles the basic challenge of clean drinking water in large cities in an ecologically friendly manner, and its tech-led water as a service offering has experienced tremendous uptake." "We are thrilled to be partnering with DrinkPrime, given their strong purpose focus and passion to expand this business," stated Bama Balakrishnan, Executive Director & COO of Northern Arc Capital.

COVID-19 raised awareness of a wide range of health and wellness concerns. With 37.7 million Indians impacted by waterborne infections each year, demand for DrinkPrime's services would rise when people return to their homes and businesses in India's cities.