Facts worth knowing about ovarian cancer by Dr. Ila Tyagi 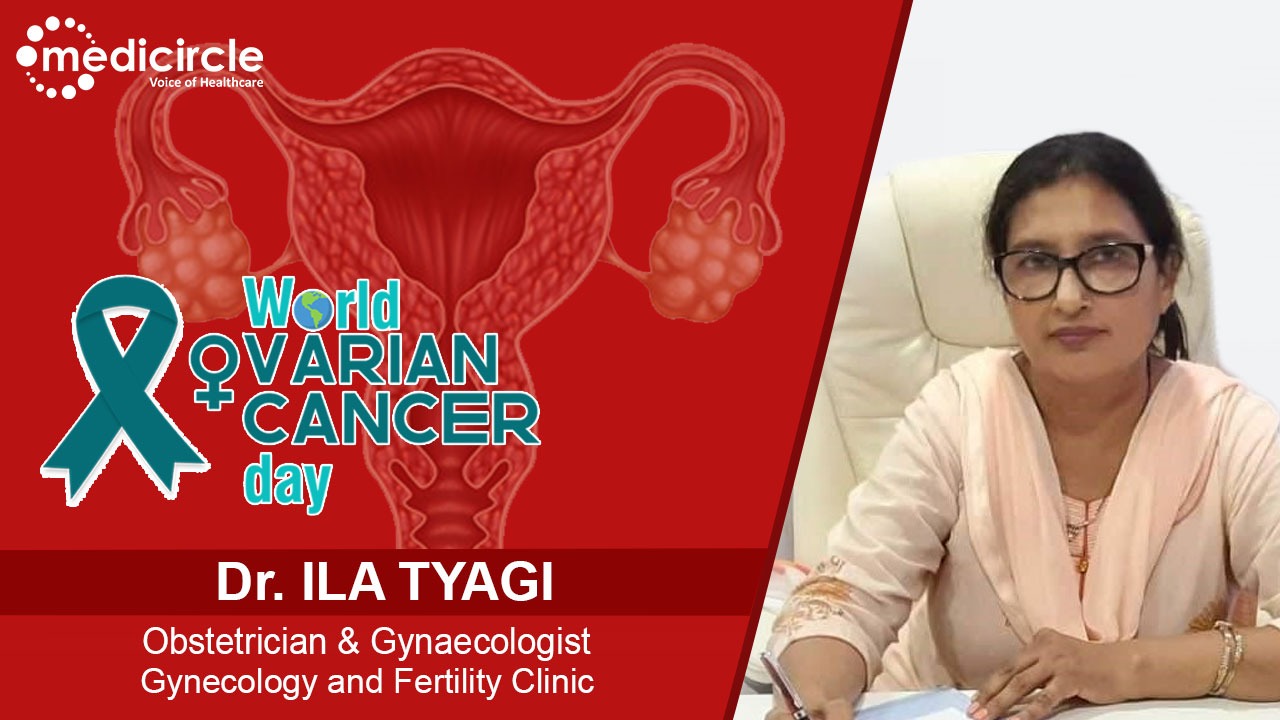 Although ovarian cancer may occur at any age, it is more common in older women, in the age group of 50 years and above. India has the world’s second-highest ovarian cancer incidence. Since the 1980s, there has been a growing drift of ovarian cancer in our country. Medicircle is conducting an exclusive series featuring eminent oncologists, obstetricians and gynaecologists so that people can get direct and more reliable information from them.

Dr. Ila Tyagi  has been practicing obstetrician and gynaecologist for the past 20 years. Besides her regular work of Gynaecology and Obstetrics, she has also been working in specialized areas such as oncology, high-risk pregnancy, laparoscopic surgery, colposcopy and menopause. She is actively attached with the Family Planning Association of India and is associated with many social work initiatives.

How strong are the chances of ovarian cancer?

Dr. Ila explains, “Ovarian cancer is 5-10% hereditary or familial which is a significant percentage. If we can detect it early, we can prevent lots of morbidity and mortality attached to it. Breast cancer and ovarian cancer are interrelated and due to genetics, it moves from one generation to another in an autosomal dominant fashion.

The onset of ovarian cancer is commonly at around 50-60 years. If it's sporadic cancer, then it could be at around 60 years of age. However, if there is a family history involved then chances of its onset would be 10 years earlier, that is at about 50 years. If we detect the risk factors early, we can start working on preventive measures. Familial risks get expressed in BRCA1 and BRCA2 genes.”

Dr. Ila cites the example of Hollywood actress Angelina Jolie, who underwent prophylactic double mastectomy because she was BRCA gene positive. She says, “BRCA gene 1 is expressed in chromosome 17, whereas gene 2 is expressed in chromosome 13. Gene testing is not done in all cases. First pedigree evaluation is done and then high-risk patients are put into BRCA gene study and that’s how we identify 5-10% high-risk people who are predisposed to have ovarian cancer and accordingly preventive measures are taken.”

Dr. Ila points out, “It’s a silent killer. It grows so fast that usually specific symptoms do not appear but there could be symptoms like irregular menses, bloating, urinary and bowel frequency, dullness, decrease in appetite, satiety, dyspareunia during intercourse, and if it’s in the advanced stage then distension due to ascites.”

Can cancer occur if the ovary is removed?

Dr. Ila explains, “Pelvic peritoneum, which is the lining of the abdominal cavity, can develop a tumor. The incidence of such tumors is 2-7%. The pelvic peritoneum is histologically very near to the ovary and the tumor there looks like ovarian cancer. So, there is not 100% safety from cancer if ovaries have been removed due to any medical condition.”

Another preventive measure is that if a woman has a history of premenopausal ovarian cancer in the family, then when she finishes her family, at the age of 35-40, we can remove the ovaries as well as fallopian tubes. Tubes also have chances of developing cancer. The procedure of removing ovaries along with tubes is called  salpingo-oophorectomy. Women should be advised to at least give birth to one child.”

Dr. Ila clarifies, “If women have undergone abortions, then they should not think that since they had conceived, there is reduced risk of ovarian cancer. Pregnancy reduces the risks as it stops ovulation for 9 months. The same goes for oral contraceptives. Since they prevent or suppress ovulation chances, they provide a kind of protection. The total number of ovulation cycles that a woman undergoes in her reproductive life is in correlation to the chances of ovarian cancer. Abortions do not give protection per se as ovolutions in case of abortions have stopped for a few months or weeks only.”