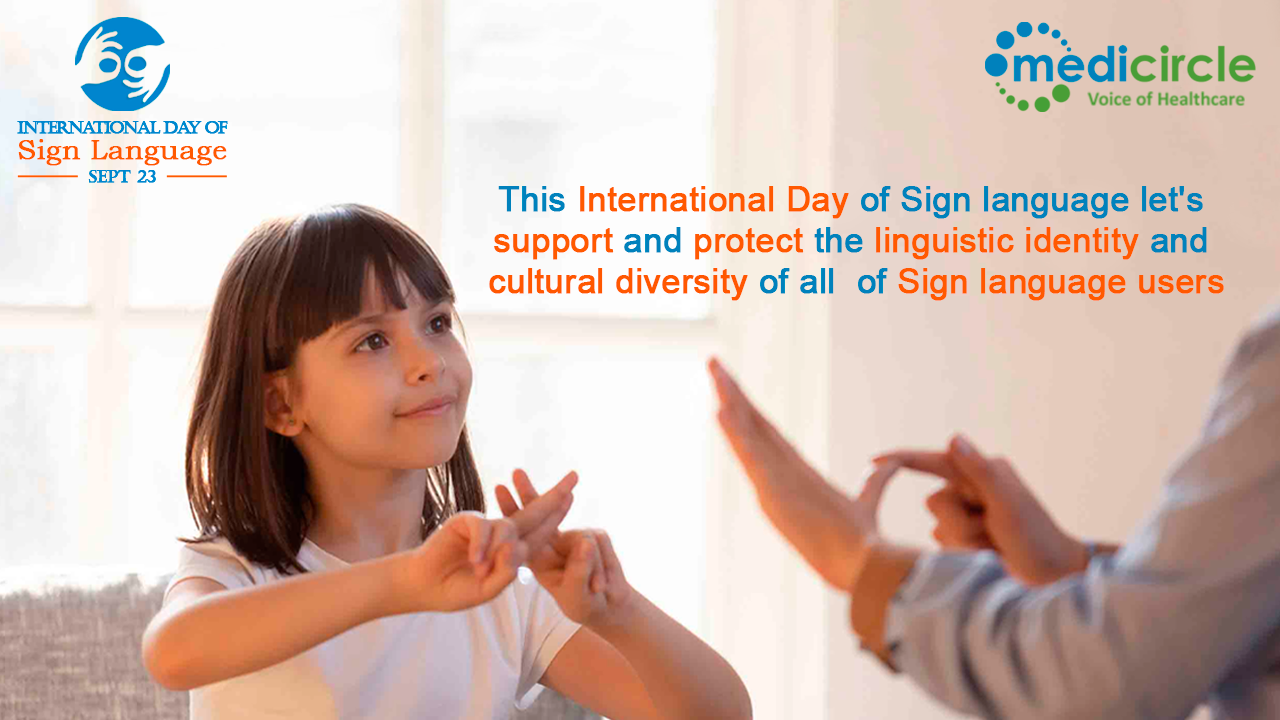 Let us know when the International Day of Sign Language 2022 is celebrated and what is the theme of this year.

The language of conversation with the gestures of the hands, face, and body of people who cannot hear and speak is called sign language. Like any other language, sign language has its own grammar and rules, but it is not written. The United Nations General Assembly has declared a day as the International Day for Sign Languages.

Sign Language Day was celebrated for the first time in 2018 itself. WFD (World Federation of the Deaf) was established in 1951 on 23rd September. The day of 23 September marks the birth of an advocacy organization, one of whose main goals is the protection of sign languages ​​and deaf culture as prerequisites for the realization of the human rights of deaf people.

This year the fifth World Sign Language Day 2022 is being celebrated. With the announcement of a special day for sign language, emphasis was also laid on making the services related to it to the deaf people at the earliest.

According to the World Federation of the Deaf, there are more than 70 million deaf people in the world. Of these, 80 percent live in developing countries. They use three hundred different sign languages.

Sign language is the only way of communication for those who cannot hear or have hearing loss. Sign language is given the same level and importance as all other languages.

It is the responsibility of governments around the world to promote the teaching and recognition of sign language. There are about 800 schools in India where education is being done with its help, but it is not enough. India's first sign language dictionary was launched in 2018. Out of this, it was translated from sign language to Hindi and English language. This dictionary acts as a bridge between these sign languages ​​and languages ​​like Hindi-English, by which sign language experts get information about written English and Hindi language.

Now there is a demand to give legal rights to sign language. Sign language should be given the right of language. So far 22 languages ​​have been listed as official languages ​​in the constitution of the country.