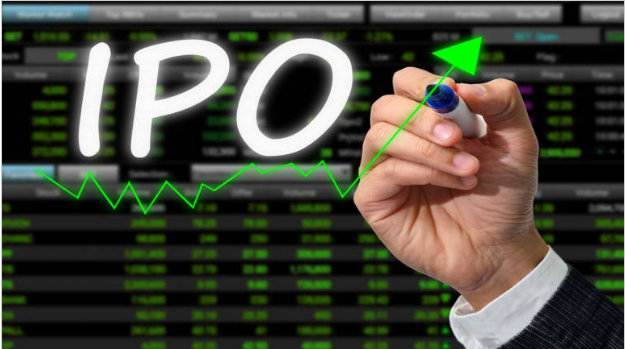 Most analysts are positive and have given a buy recommendation for the IPO, thanks to its reasonable valuation and competitive strength of the company

The initial public offering (IPO) of Indian Railway Catering and Tourism Corporation (IRCTC), the tourism and catering arm of the Indian Railways, opened for subscription on September 30 and will close on October 3.

The price band is fixed at Rs 315 to Rs 320 per share. The government hopes to raise up to Rs 645 crore through the offering.

IRCTC is a central public sector enterprise owned by the government under the administrative control of the Ministry of Railways. After RITES, Rail Vikas Nigam and IRCON International, IRCTC is the fourth entity of the Indian Railways to be listed since 2018.

Most analysts are positive and have given a buy recommendation on the IPO, thanks to its reasonable valuation and the competitive strength of the company.

"IRCTC has a unique business model and the company does not have any competition across any business segment. Based on various parameters like strong earnings profile, diversified business segment, healthy return ratio, debt-free status and most importantly monopoly business, we have a positive view on the issue," said brokerage Anand Rathi.

"The issue has been offered at a price band of Rs 315-320 per equity share. At the upper price band of Rs 320, the stock is available at P/E multiple of 18.8 times to its FY19 EPS of Rs 17. We recommend investors to subscribe to this issue," the brokerage added.

Stewart & Mackertich Wealth Management finds the valuation of the IPO reasonable and has a buy recommendation on it.

According to the draft red herring prospectus (DRHP), IRCTC is the only entity authorised by the Indian Railways to provide online railway tickets booking facility, catering services to railways and packaged drinking water at railway stations and trains in India.

According to CRISIL, online rail bookings are expected to grow at approximately 8 percent CAGR to reach approximately 42.5-43.5 crore in FY24E, with e-booking penetration rising approximately 81 – 83 percent during the same period.

Other than providing tourism and travel-related services to the Indian Railways, it has a footprint across all major tourism segments such as hotel bookings, rail, land, cruise and air tour packages and air ticket bookings, and are known as one of India's leading travel and tourism companies catering to the needs of diverse tourist segments.

"With a surge in e-commerce driven by increasing internet penetration in India, it eventually aids in creating leads for online businesses such as air tickets, hotels and tour package bookings, and opportunities to generate revenue by cross-selling services and products," said a note from ICICI Direct.

To increase its presence and meet the remaining and future requirements of the packaged drinking water at station premises and trains, IRCTC is commissioning six new Rail Neer plants by 2020E and four new plants by 2021E.

Sustained growth in domestic and inbound tourism coupled with a preference for packaged drinking water over tap water is expected to be a major driver for bottled water demand in India.

"The packaged drinking water market is expected to further grow by 16-17 percent CAGR and reach Rs 18,000-18,500 crore in FY24E. Current mismatch in supply and demand presents a significant opportunity to grow its business operation by making Rail Neer more accessible to the general public at railway stations and on trains," ICICI Direct said.

According to HDFC Securities, IRCTC has an established track record of delivering strong annual returns to shareholders and its return on equity has exceeded 23 percent for each fiscal year since Fiscal 2017. It has been a profitable and debt-free company since incorporation.

What could be the spoilsports?

While the IPO looks alluring owing to the company's strong growth prospects, there are few risks as well that should be considered.

The company's revenue and business model is substantially dependent on Indian Railways, so a policy change, such as opening up the ticketing and catering services for other players, will have a negative impact on the company's business.

"Any adverse change in the policies of the Ministry of Railways may adversely affect the business and operations," said Stewart & Mackertich Wealth Management.

Failure to manage online security is also a threat as a breach in data of customers’ personal information and credit card fraud may expose the company to litigation and liabilities.

"If there is a general trend among travelers to shift to air traffic due to low airfares, which can happen if crude prices remain on the lower side with a significant increase in capacity with the airlines, this might impact the topline of IRCTC," Stewart & Mackertich said.

Disclaimer: The views and investment tips expressed by investment experts/broking houses/rating agencies on moneycontrol.com are their own and not that of the website or its management. Moneycontrol.com advises users to check with certified experts before taking any investment decisions.