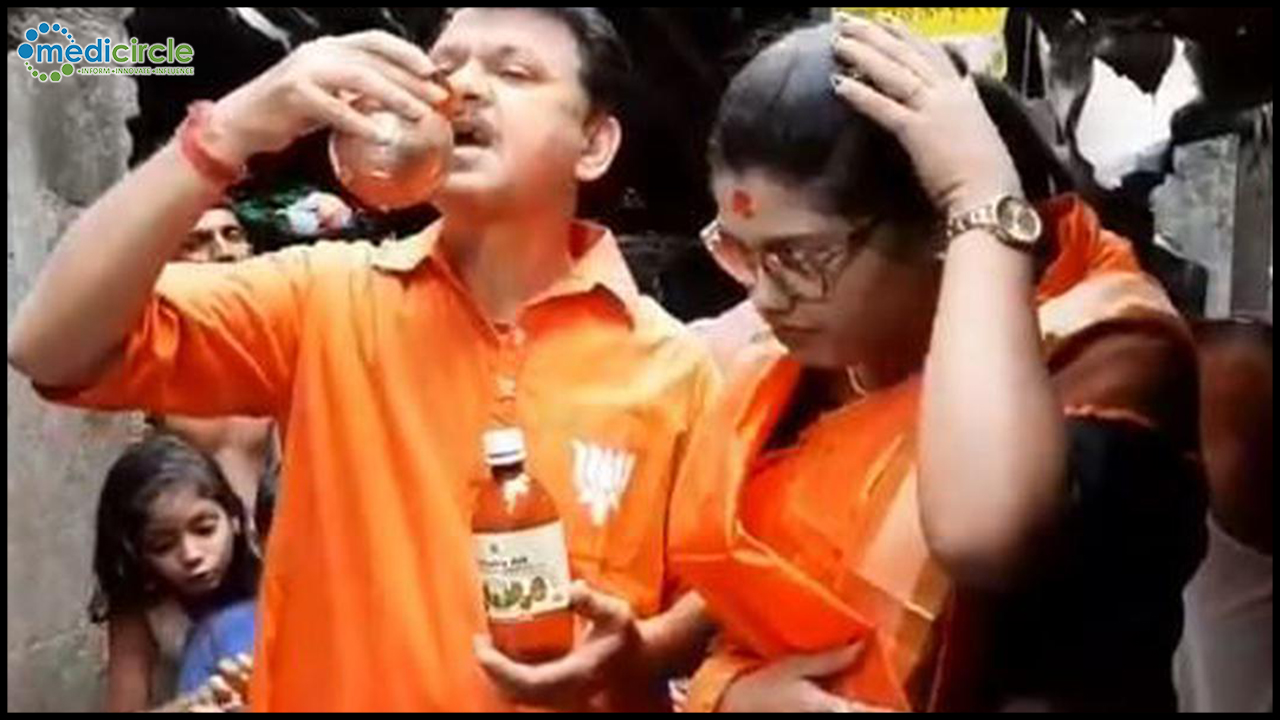 According to Scroll.in report ,the Kolkata Police have arrested Bharatiya Janata Party leader Narayan Chatterjee for organising a cow urine consumption competition and claiming that it would protect people from contracting the novel coronavirus infection, PTI reported on Wednesday.

Chatterjee, a local party worker of North Kolkata’s Jorasanko area, had organised a cow worship programme on Monday and distributed urine. He reportedly vouched for its “miraculous” properties and made several bystanders drink

He also offered the cow urine to a 34-year-old home guard personnel on duty, according to The Times of India. On Tuesday, Pintu Pramanik was admitted to a hospital after he complained of vomiting and nausea. He filed a complaint against Chatterjee, alleging that he “induced” him to drink the urine as a “prasad and preventive medicine” to fight COVID-19.

On the basis of Pramanik’s complaint, the police registered a case under Sections 269 (unlawfully or negligently spread the infection of any disease dangerous to life), 278 (making the atmosphere noxious to health) and 114 (abettor present when a crime is committed) of the Indian Penal Code.

The police said the BJP leader was arrested on Tuesday evening. BJP state unit General Secretary Sayantan Basu criticised the Trinamool Congress for arresting Chatterjee. “He had distributed cow urine, but he didn’t fool people in consuming it,” he told PTI. “When he distributed it he clearly said it was cow urine, he didn’t force anyone to drink it. It has not been proved whether it is harmful or not. So how can just police arrest him without any reason? This is completely undemocratic.”

West Bengal BJP chief Dilip Ghosh claimed there was no harm in drinking cow urine and said he had no qualms in admitting that he also consumed it. His party colleague and MP Locket Chatterjee, however, differed, terming it an “unscientific belief” that should be stopped.