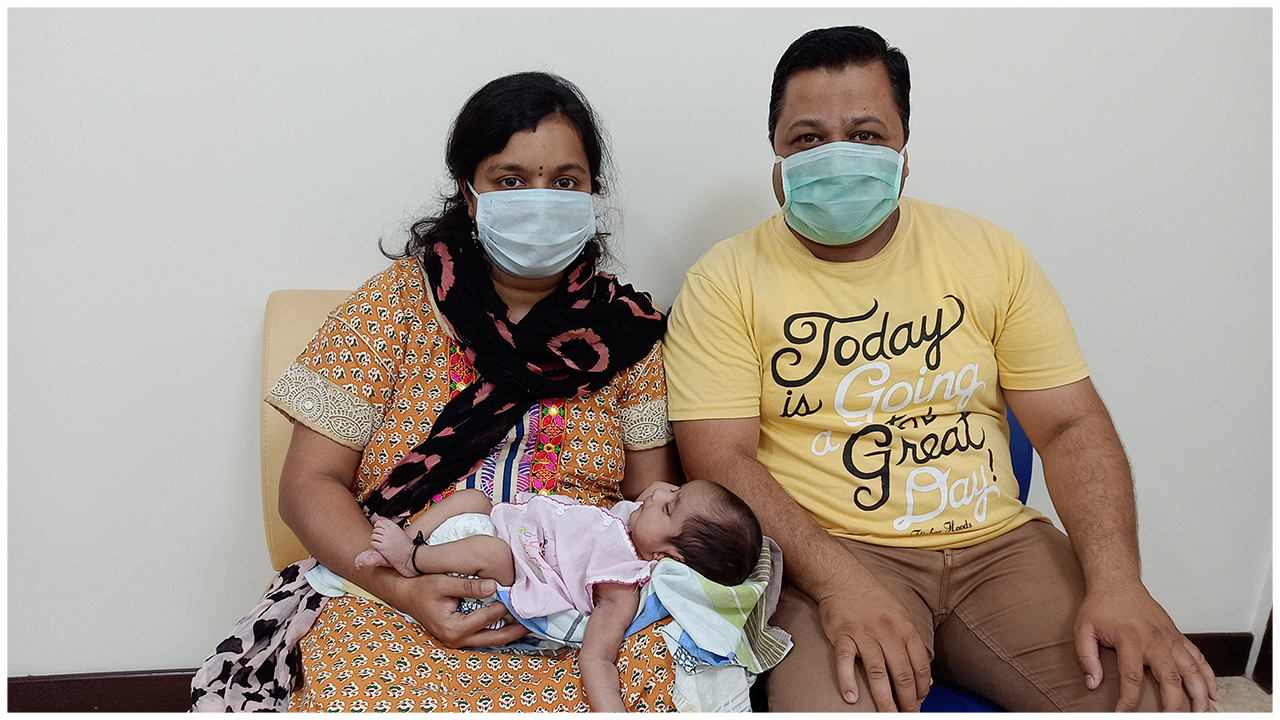 A rare arterial switch surgery has given a fresh lease of life to a month-old baby who was brought to Jupiter hospital. The patient was in critical condition when his family members brought him to the Hospital. A 28-days-old infant baby boy Vedant was diagnosed with transposition of great arteries and had to undergo with one of the complex neonatal cardiac surgery of Arterial switch. He was admitted to the hospital under Dr. Abhijeet Naik.

However, during the critical time of the Pandemic it was a difficult situation as the numbers of covid-19 patients were increasing across the country on a daily basis and there was a fear among patients to get exposed or getting infected with the covid-19 patients.

But this 28 days old baby needed an emergent surgery.  “Such a defect happens to 1 in 3,300 newborn infants. In the Western world, there is 3% mortality, while developing world stands at 15%. It was a difficult decision for us to carry out the operation.” said, Dr. Abhijeet Naik, Consultant Paediatric Cardiac Surgeon, Jupiter Hospital, “First challenge we had to face was that the baby was beyond 4 weeks of age and it becomes difficult for the regressed left ventricle to support the systemic circulation. It involves transferring very tiny millimetre sized coronary arteries onto the new aortic root. Secondly, we had to successfully complete the surgery without the ECMO machine and lastly, the surgical and ICU team had to take precautions of the highest order to prevent infection and in the situation of lockdown, the parents were also told to maintain social distancing from the baby.”

“To see all the associated personnel committed and working for saving a tiny baby's life in extreme conditions of risk and difficulty was heart-warming situation. I would specially thank all the OT staff and nurses in the Paediatric cardiac ICU, along with the team of intensivists, led by Dr Srinivas Tambe, Paediatrician who tirelessly worked for the duration of the baby's stay.” He further added “Babies with this premature level are very small and very fragile" said Dr. Shrinivas Tambe, Pediatrician, Jupiter Hospital, Pune.

“At the time of admission, the baby came to us in a very blue condition, with oxygen saturation measuring between 35-40%. Normal saturation is more than 95%. The baby was feeling very breathless and this condition was a true paediatric cardiac emergency. After 7-8 hours the surgery was successful and the baby was shifted to PICU however, the next 72 hours were the most critical for the baby.” He further stated“post surgery, baby was in PICU for 09 days and it was an emotionally very draining moment for the parents but the ICU and the paediatric cardiology team, kept the parents well informed about the baby's condition and status. The baby boy went home after such a critical surgery on the 8th post-operative day which was a measure of the quality of surgery and the ICU care. We would like to thank and specially mention the baby's parents, who trusted us with their baby's life in such a difficult situation for them.” said Dr. Rahul Saraf, Consultant -Paediatric cardiologist, Jupiter Hospital, Pune