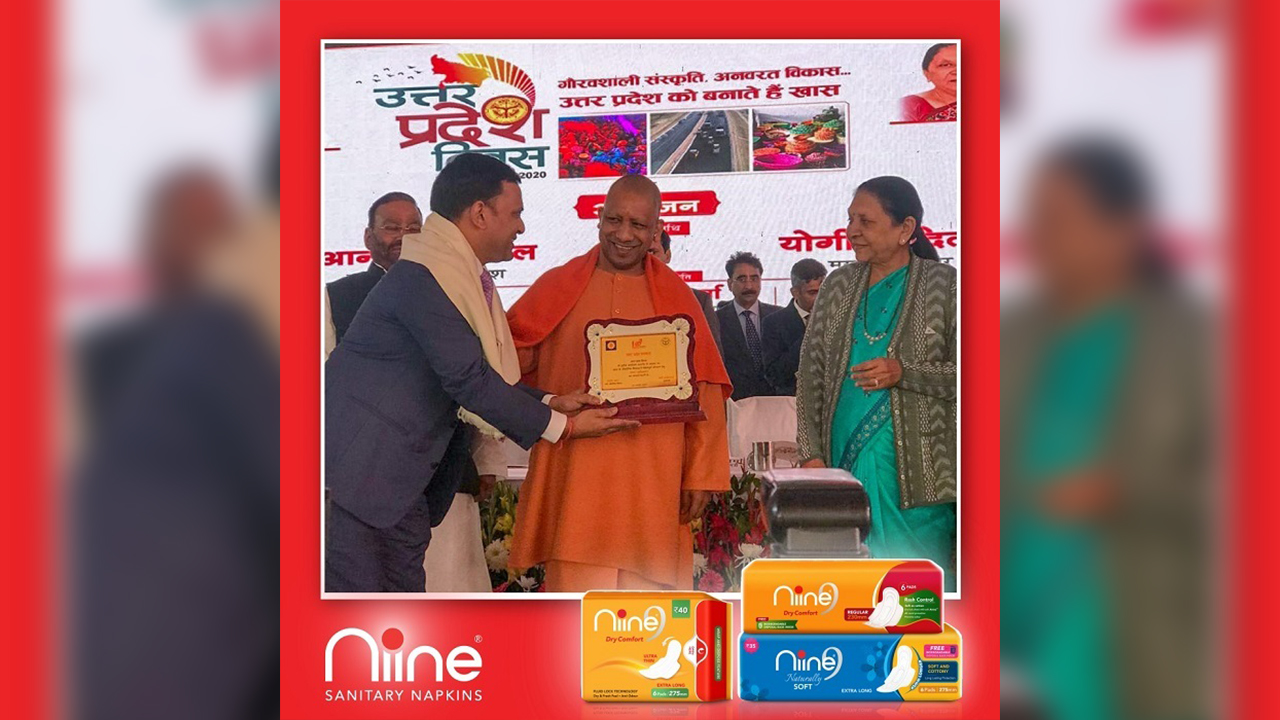 On the occasion of Uttar Pradesh Day, prominent entrepreneur of Gorakhpur, Amar Tulsiyan, founder of Shudh Plus Hygiene Products and Niine, was honoured for his commendable contribution to the industrial development of the state on UP Foundation Day at Avadh Shilpagram, Lucknow. The Governor and Chief Minister also honored 5 other entrepreneurs of the state at the ceremony. These entrepreneurs were given honors for making maximum investments in the state and giving employment to maximum people.

Amar Tulsiyan says that it has been possible to invest due to the positive policies of the government-run textile industry. The company has invested 80 crores in the super mega category. The company started production in May 2017 and today employs over 1000 people. The company plans to invest Rs 100 crore next year. This will further expand the production unit. Gaurav Bathwal and Sharat Khemka Co-founders have expressed happiness over getting the honor on the occasion of UP Foundation Day.

Chief Minister Yogi Adityanath said, "Uttar Pradesh came into existence on 24 January 1950. Today, the state has completed 70 years of its establishment. The Chief Minister said that no society and nation can ever progress by forgetting the past. The glorious traditions of the past inspire us, so based on the experiences of the past, we make plans for the future."